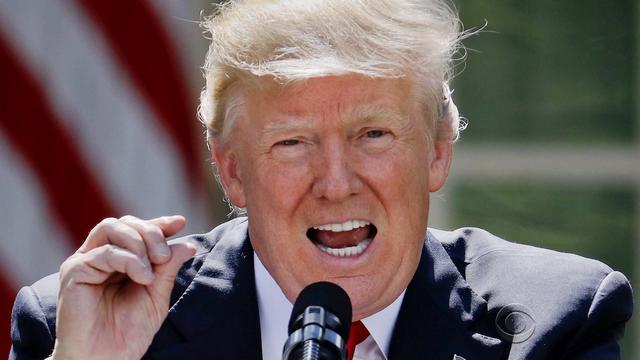 President Trump reiterated in a TV interview that he didn't record conversations with former FBI Director James Comey on tape despite having suggested he had.

"Well, I didn't tape him," he said in an interview with Fox News' "Fox and Friends" when asked why he wanted Comey to believe that tapes existed. "But I didn't tape. And I don't have any tape and I didn't tape."

The president suggested that Comey's story changed after he issued the threat about tapes.

"But when he found out that I, you know, that there may be tapes out there, whether it's governmental tapes or anything else, and who knows, I think his story may have changed," he said.

This comes after he tweeted Tuesday that he doesn't have or is aware of taped conversations with Comey. Mr. Trump, however, didn't rule out the possibility that any recordings exist.