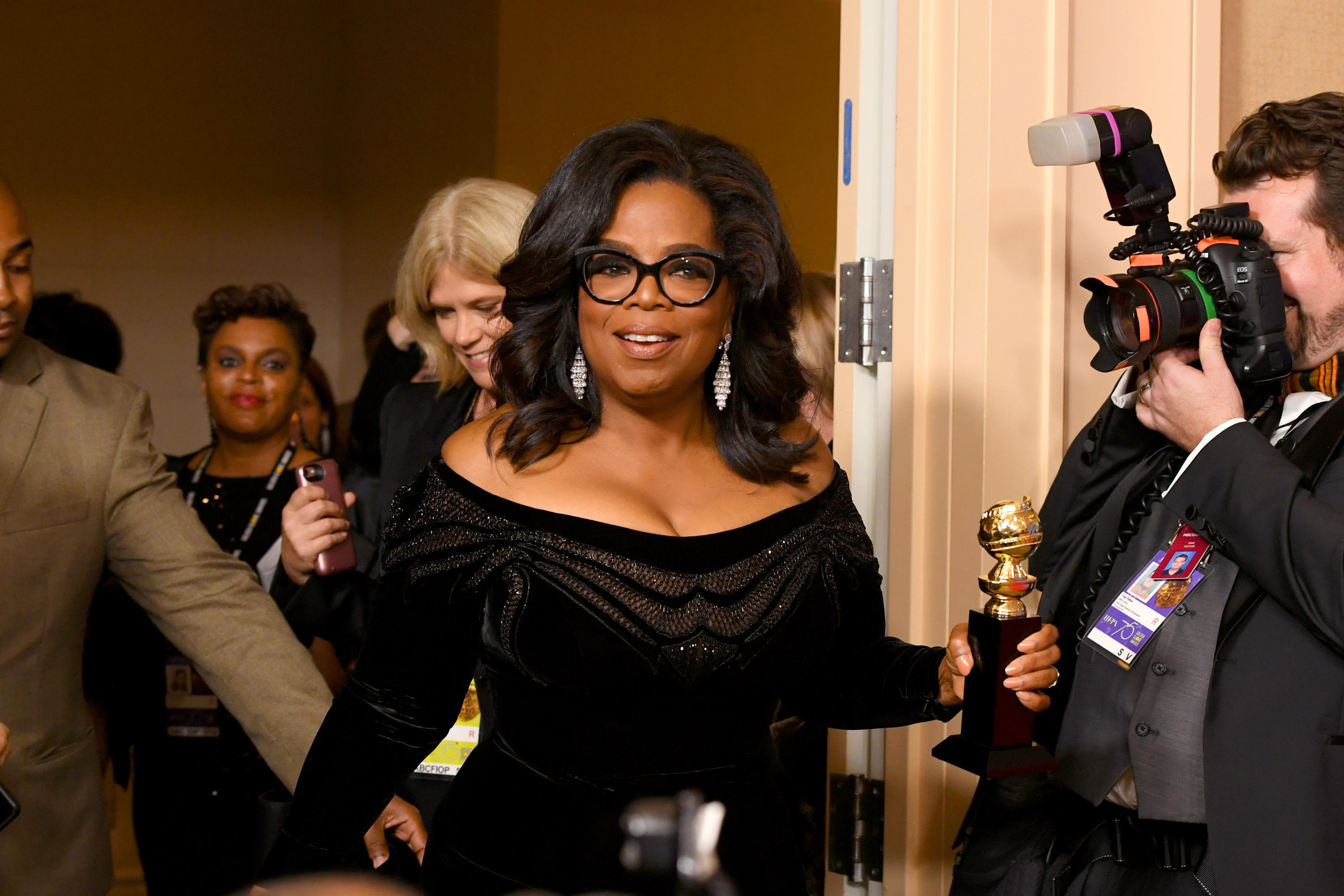 Oprah Winfrey's showstopping Golden Globes speech may now be spawning cries of Oprah-for-president, but this is far from the first time that her name has come up as a possibility for high office. In fact, Donald Trump once raised the idea that she could be his running mate when he mulled a presidential run a little over 18 years ago.

He announced his intent to form a presidential exploratory committee on CNN's "Larry King Live" in October 1999. During the interview, King asked whether he had a vice presidential candidate in mind. Mr. Trump, seconds after uttering, "I really haven't gotten there quite yet," declared,  "Oprah, I love Oprah. Oprah would always be my first choice."

He called her a "really great woman" and "a terrific woman." "She is somebody that is very special," Mr. Trump told King. He went on to say again that he hadn't really thought about a running mate at that point before telling King, "If she'd do it, she'd be fantastic. I mean, she's popular, she's brilliant, she's a wonderful woman. I mean, if she would ever do it. I don't know that she would ever do it."

At the time, Mr. Trump was considering an attempt to win the Reform Party nomination. He was confident he could beat Pat Buchanan, telling King, "It's going to be Buchanan, and I think Buchanan just blew himself out with the book and his love affair with Adolf Hitler."

He also said that "If I couldn't win, if I felt I couldn't win, I wouldn't run. I absolutely would not run. I'm not looking to get more votes than any other independent candidate in history. I'd want to win." Ultimately, he announced in February that he would not run. Despite his withdrawal, though, Mr. Trump won both the California and Michigan Reform Party primaries.