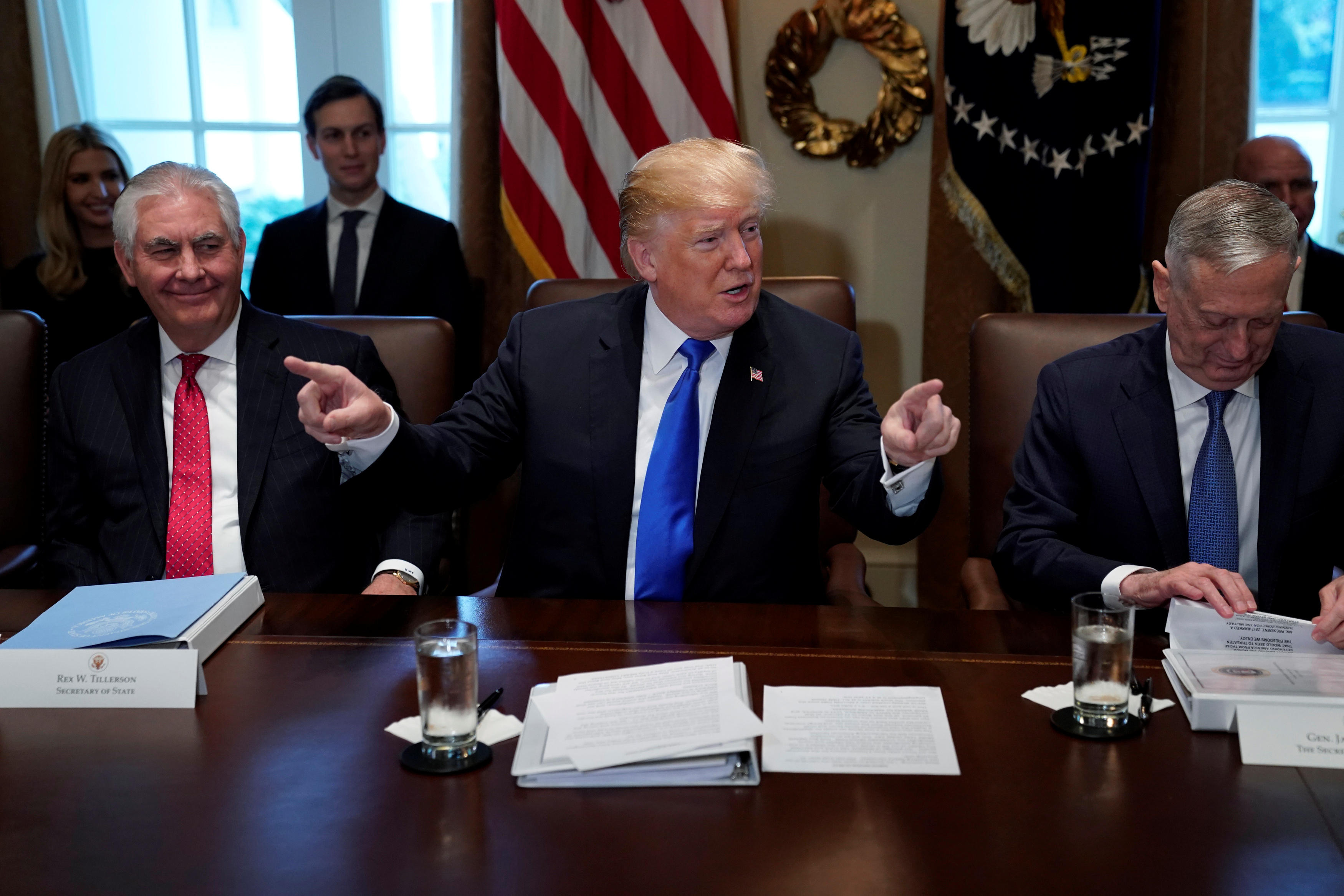 President Trump began his Cabinet meeting at the White House Wednesday morning by calling it a "celebration," in reference to the passage of a sweeping tax overhaul bill. The Senate had passed the bill in the early hours of Wednesday morning, and the House revoted to pass it with technical fixes later Wednesday.

"We have done a job like no administration has done," Mr. Trump said of the measure, which dramatically cuts corporate tax rates, and also contains cuts for individual taxpayers.

Mr. Trump noted that under the new tax plan, the standard deduction is nearly doubled and the corporate tax rate is cut from 35 to 21 percent. Mr. Trump claims that the tax bill will stimulate economic growth and labeled the legislation a "jobs bill."

It's not yet clear exactly when the president will sign the bill, but he said that people may begin to see its effects in February.

"When the individual mandate is being repealed, that means Obamacare is being repealed," Mr. Trump said. "We will come up with something much better," he added, saying that block grants may be a solution to the health care dilemma.

About 9 - 10 million people who don't have employer-based health care currently have coverage through the ACA marketplaces.

Mr. Trump said that he had avoided discussing the repeal of the individual mandate out of fear for how the media would report it.

"Now that it's approved I can say that," he said.

Addressing another aspect of the tax bill, Mr. Trump praised the inclusion of a provision opening the Arctic National Wildlife Refuge (ANWR) to oil and gas drilling.

"We're going to start drilling in ANWR, one of the largest oil reserves in the world, that for 40 years this country was unable to touch."

The president said that GOP senators and members of Congress would come to the White House later Wednesday and criticized congressional Democrats.

"They like to complain but they don't get it done, unfortunately," he said of Democrats. "We got it done."

The president also praised UN ambassador Nikki Haley for her UN Security Council vote, exercising the U.S. prerogative to veto a UN Security Council resolution that criticized the U.S. decision to recognize Jerusalem as Israel's capital and to move its embassy to Jerusalem. Mr. Trump also seemed to threaten to withdraw funding to nations that vote against the United States.

Mr. Trump concluded his comments and invited Secretary of Housing and Urban Development Benjamin Carson to lead the group in a prayer, joking that the reporters in the room needed to hear it most.

"We're thankful for the unity in Congress that has presented an opportunity for our economy to expand," Carson said.

Mr. Trump and members of his Cabinet bowed their heads in prayer as Carson continued saying grace. The prayer concluded with an "amen."

Mr. Trump did not take questions from reporters.