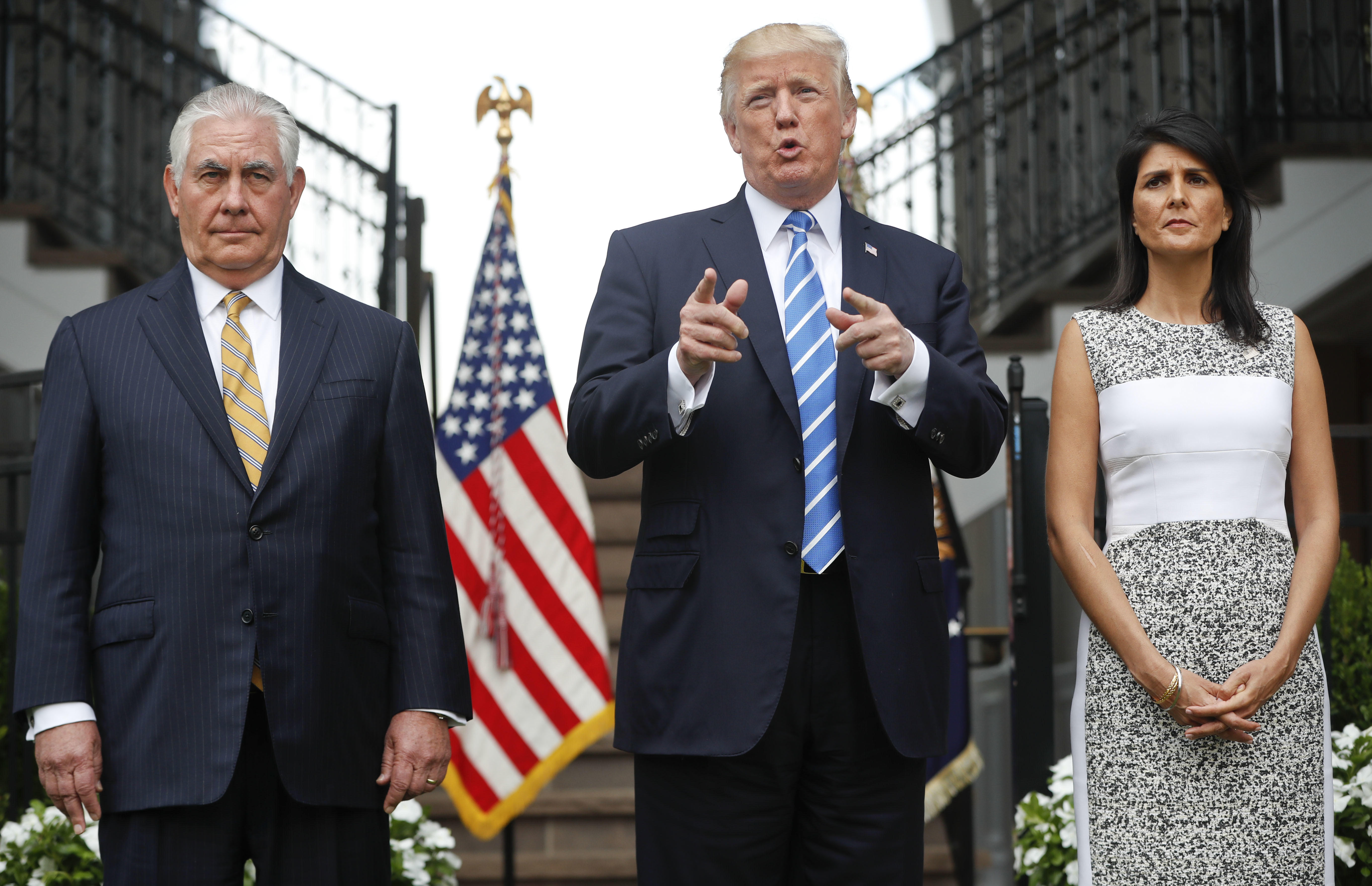 UNITED NATIONS -- President Trump will be watching a vote in the United Nations General Assembly "very carefully," and has asked his ambassador to the world body, Nikki Haley, to "report back on those countries who voted against us," Haley wrote in a letter sent Tuesday to some countries. The letter has been obtained by CBS News.

Haley also sent a tweet warning the U.S. would be "taking names" in Thursday's scheduled vote, which is intended to show a United Nations unified around getting President Trump to withdraw his administration's unilateral recognition of Jerusalem as the capital of Israel.

With the letter and the tweet, Haley is pressing other countries to stand by the U.S. decision, hoping for a better result than in last week's vote on a similar resolution in the Security Council which left the U.S. alone against the 14 other Council members. The U.S., as a permanent member of the Council, was able to veto that measure with a single vote.

CBS News obtained a copy of Haley's letter from three different nations -- all allies of the U.S. -- but it was sent to the delegations of more than 180 countries in total. Haley wrote that the U.S., "will take note of each and every vote on this issue."

She made the point that the Thursday vote is something to take seriously. "As you know, the General Assembly is considering a resolution about President Trump's recent decision on Jerusalem," Haley wrote. "As you consider your vote, I want you to know that the President and U.S. take this vote personally."

President Trump praised Haley's approach as he met with his Cabinet Wednesday at the White House.

The letter also explains the overall U.S. policy. "The President's announcement did not prejudge final status negotiations in any way, including the specific boundaries of Israeli sovereignty in Jerusalem. The President also made sure to support the status quo at Jerusalem's holy sites, and did not advocate changes to the arrangements at the Temple Mount/Haram al-Sharif."

The vote was held in response to Mr. Trump's announcement earlier this month that the U.S. recognizes Jerusalem as Israel's capital.

After the vote, U.S. Ambassador to the United Nations Nikki Haley said the U.S. does not veto resolutions lightly and that this was her first veto -- that it stood for "American sovereignty" and its role in the Middle East peace process.

Haley told the Security Council that she has hope the peace process is not dead.

"Our hand remains extended to both parties ... We call on all countries that share this commitment to learn the hard lessons of the past and work to bring Israel and the Palestinian people in good faith to the peace table," she said.

The resolution to be presented on Thursday to the General Assembly is brought under a rarely used 1950 resolution called "Uniting for Peace" that has a provision that would give authority to the 193-nation body to act when the Security Council is deadlocked.

The point of both resolutions, negotiators said, is to show that the U.S. stands alone on the Jerusalem recognition.

Nickolay Mladenov, the U.N.'s special coordinator for the Middle East  said, "in the wake of the decision of the United States to recognize Jerusalem as the capital of Israel, the situation has become more tense with an increase in incidents, notably rockets fired from Gaza and clashes between Palestinians and Israeli security forces."

Following Mr. Trump's decision to recognize Jerusalem as Israel's capital, Haley said in early December the U.S. still has credibility as a mediator with Israel and Palestinians. The Palestinians, however, have declared Mr. Trump's move a "crime," and said the U.S. no longer has any role to play in a Middle East peace process.

Peace talks in the Middle East have stalled, although the so-called "Middle East Quartet" still is in place. It includes the U.S., Russia, the European Union and the United Nations.

In Haley's letter to her fellow ambassadors, she explained "the U.S. announcement is an acknowledgement that peace is best advanced, not set back, when all parties are honest with each other about the basic facts. Jerusalem has been the capital of Israel since the country's founding nearly seventy years ago."

"To be clear," she wrote, "we are not asking that other countries move their embassies to Jerusalem, though we think it would be appropriate. We are simply asking that you acknowledge the historical friendship, partnership, and support we have extended and respect our decision about our own embassy."