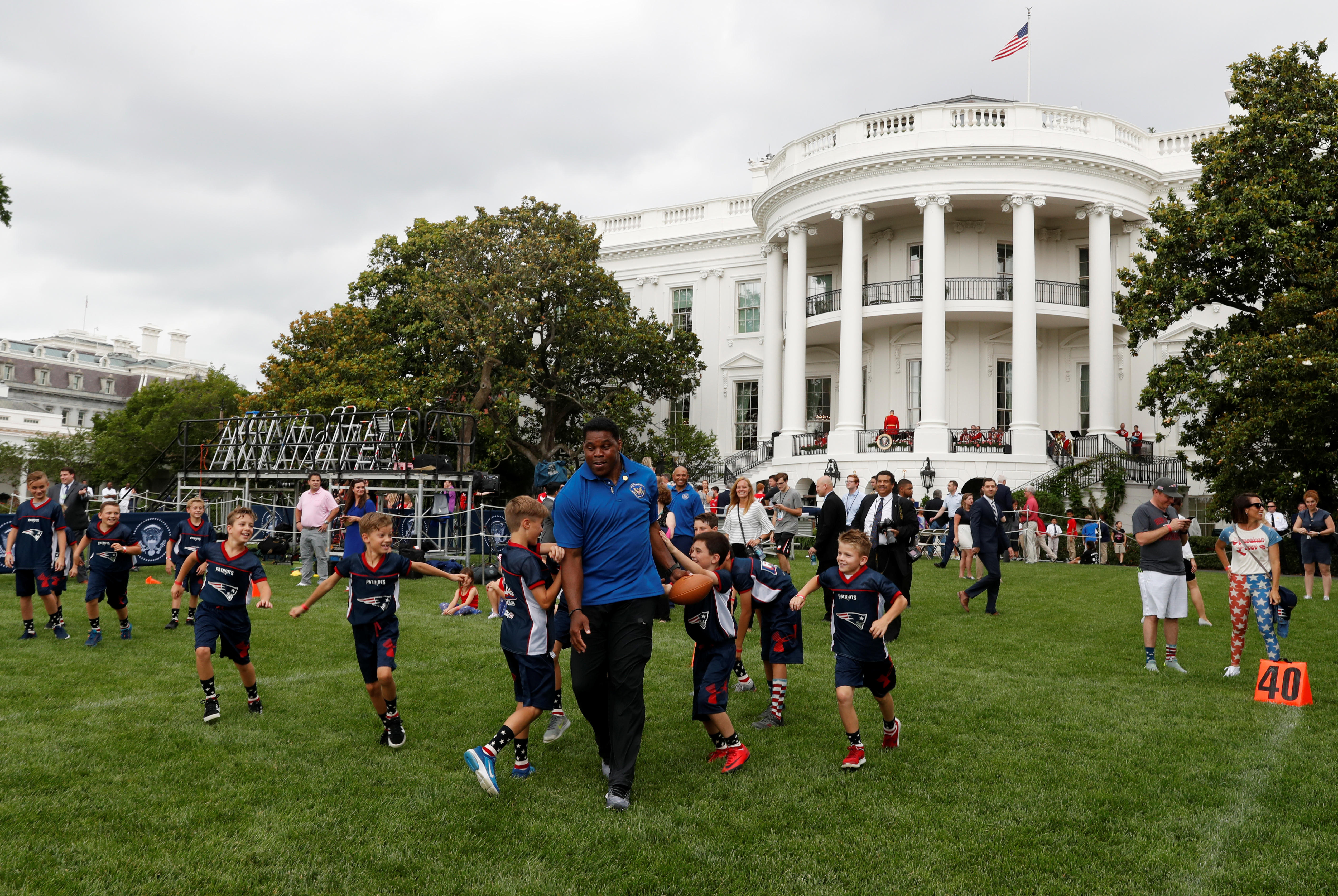 President Trump welcomed dozens of young athletes — and some professional ones — to the White House Wednesday, as the President's Council on Sports, Fitness and Nutrition looks to reverse a trend of fewer children participating in sports and make youth sports more accessible to economically disadvantaged students.

"This is very special," Mr. Trump said, welcoming kids to the White House.

The president issued an executive order in February refocusing the council on youth sports as opposed to President Barack Obama's emphasis on fitness and healthy eating. Mr. Trump, who played high school sports and is a competitive golfer, has sought to work with groups in the public and private sectors to address declining participation in youth sports. Mr. Trump ventures to one of his golf courses most weekends.

Ivanka Trump, the president's daughter and senior adviser, noted that the Aspen Institute found that 37 percent of children played team sports on a regular basis in 2016, down from nearly 45 percent in 2008. Ivanka Trump hosted a conference call with reporters Tuesday on the topic, but left the call for a meeting. Reporters on the call only asked awkward questions that officials didn't want to answer.

The President's Council was established in 1956 by President Dwight Eisenhower to promote youth fitness and sports. Each president has often placed his own stamp on the council and its priorities.

Mr. Trump has bragged about his athletic abilities, telling The Wall Street Journal in a January interview: "I was always the best athlete. People don't know that." The president was once the owner the USFL's New Jersey Generals — his team was led by Walker, a Heisman Trophy-winning running back — and Mr. Trump frequently plays golf with members of Congress and world leaders.

His White House doctor said earlier this year that Trump acknowledged he'd be healthier if he lost a few pounds by exercising more and eating better. Dr. Ronny Jackson, who has since left that post, told reporters that he'd arrange for a dietitian to consult with the White House chef to cut calories and recommend a low-impact, aerobic exercise program for Mr. Trump with the aim of shedding 10 to 15 pounds this year. Jackson was briefly nominated to run the Department of Veterans Affairs, but withdrew his nomination after unsubstantiated allegations arose about his prior conduct. It is unclear if Mr. Trump has taken up Jackson's advice.