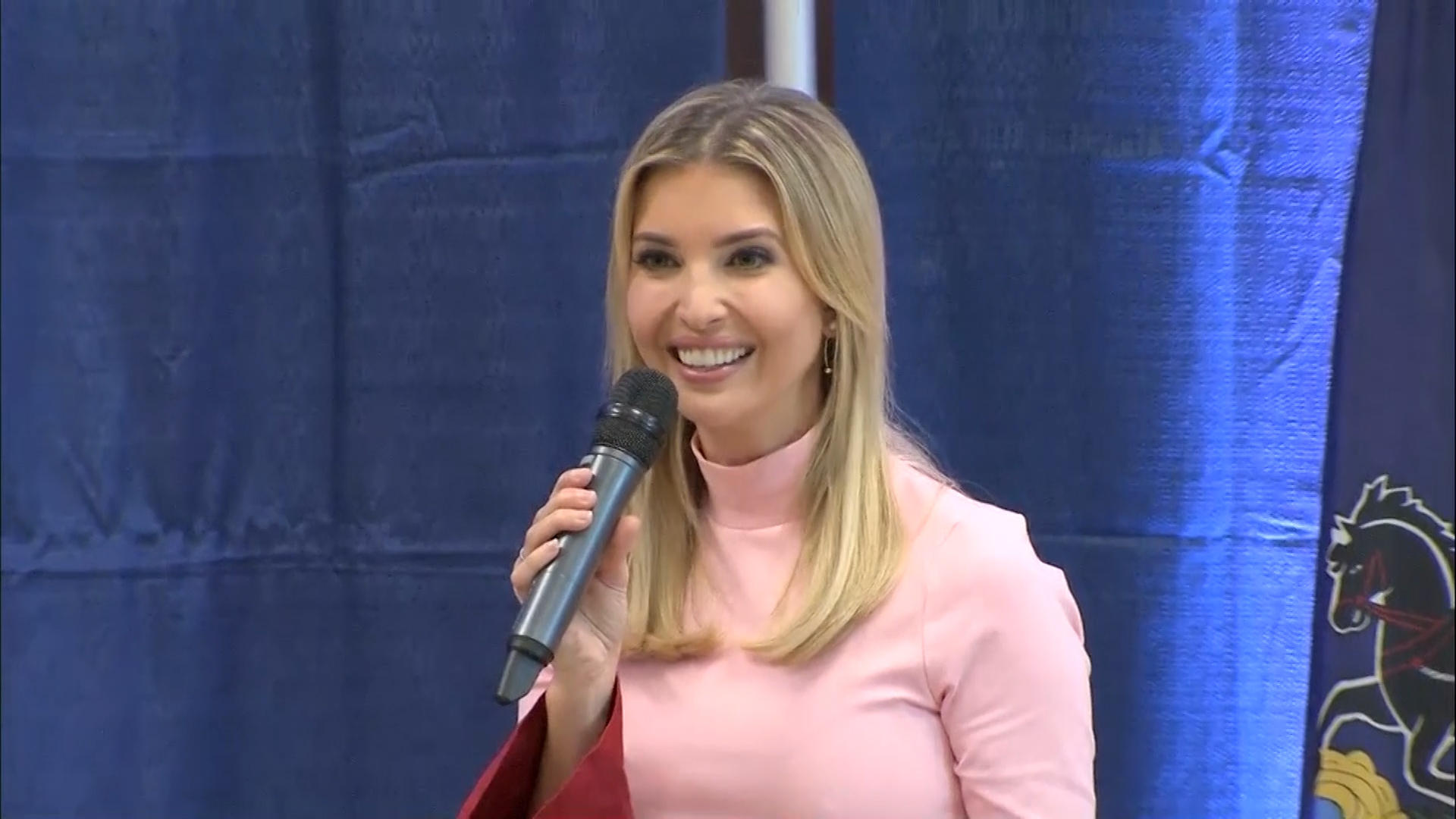 WASHINGTON -- While the White House press corps has figured out to employ the "listening mode" function for conference calls with reporters, the administration is still mastering the task of gracefully dodging awkward questions that officials do not want to answer.

On a background call hosted by Ivanka Trump and Holli Richmond, director of the President Trump's Council on Sports, Fitness, and Nutrition, in advance of "White House Sports and Fitness Day," one of the hosts dropped off of the call after being asked to comment on her father's new exercise regimen and questions pertaining to Chinese trademarks being awarded to her fashion brand.

"You can refer those questions to the press office," press aide Ninio Fetalvo told reporters Tuesday after Ivanka Trump was asked to address questions about her company.

The White House did not respond to CBS News' request for comment.

CNN followed up by asking Ivanka Trump for an update on her father's fitness after Dr. Ronny Jackson notified the White House press corps earlier in the year that he had advised the president to lose some weight in 2018.

"So Ivanka had to step out for another meeting, but Holli is here to take on the additional questions," Fetalvo replied after a brief pause.

Another reporter asked Richmond for a status update on Mr. Trump's fitness routine and weight loss, but she quickly referred the reporter to the press office. She was also asked if first lady Melania Trump will attend Wednesday's event. Melania Trump has not been seen in public since May 10, prompting media speculation on her whereabouts after undergoing a kidney procedure. Richmond could not say whether or not the first lady would be in attendance.

However, she did say the president would be there to "make remarks and to uplift this collaboration with Health and Human Services."

Wednesday's fitness event will be held on the South Lawn of the White House. The event will host more than 250 children, parents and coaching staff to "highlight the benefits of youth sports."