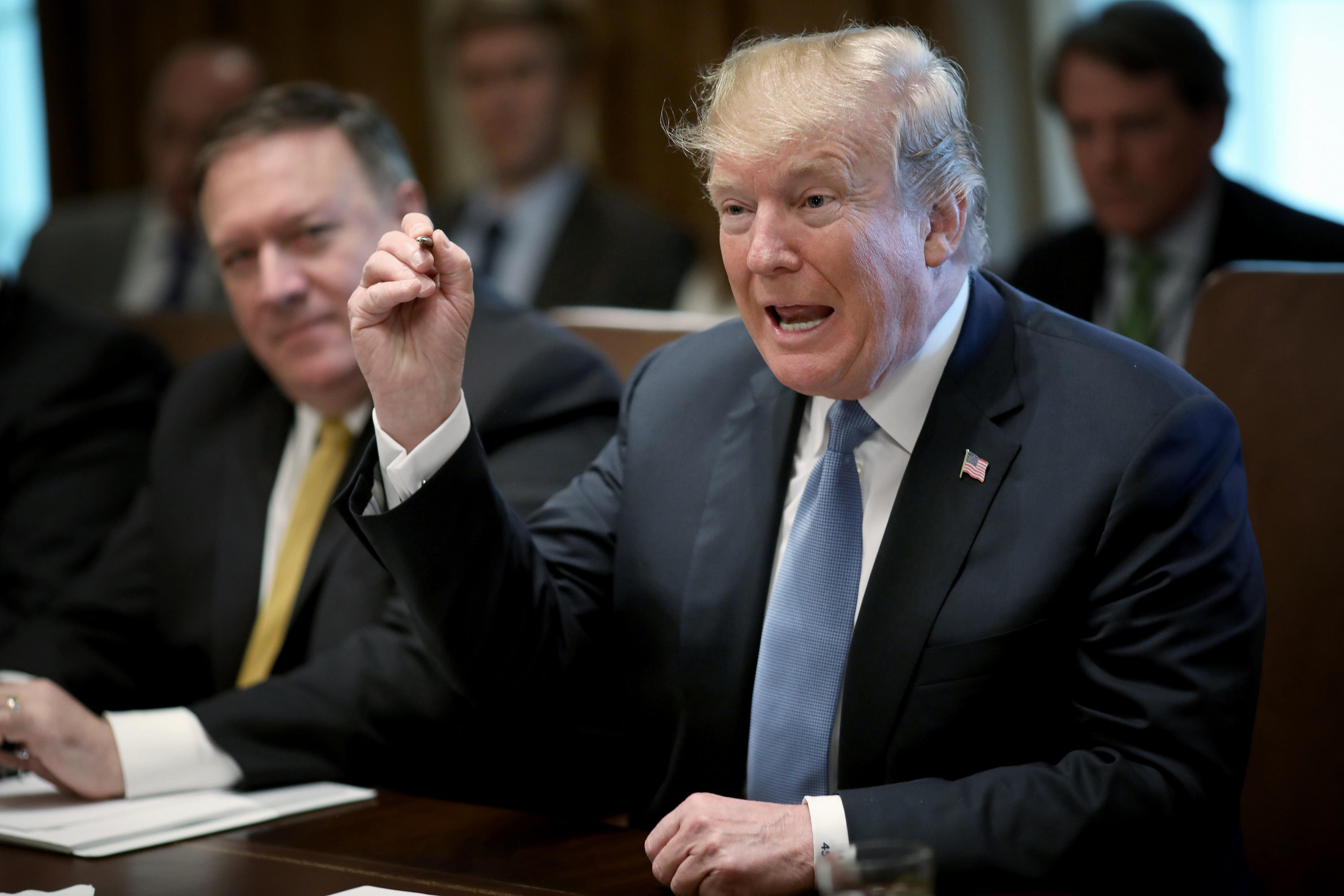 President Trump continued to blame Democrats for not wanting to solve the nation's outstanding immigration problems, in light of his executive order changing the policy on separating children from immigrant families who cross the southern border illegally.

"My administration is acting swiftly to address the illegal immigration crisis on the southern border. Loopholes in our immigration laws all supported by extremist, open-border Democrats," Mr. Trump said. He added that Democrats are responsible for a "massive child-smuggling industry" and are not providing enough resources to combat the issue of housing migrant children.

"They're causing tremendous damage and destruction and lives by not doing something about this," he said. Mr. Trump said the U.S. now needs to house minors safely and return them back home, and he mentioned that first lady Melania Trump was visiting the border to tour an immigration detention center Thursday in McAllen, Texas herself to see where the issue of family separations has come to a head.

Mr. Trump said the first lady was "bothered" by the images and reporting on the family separation. He said the administration would continue to work to reunite those families.

As lawmakers on Capitol Hill prepare to vote on two immigration bills, both of which would provide a legislative fix, the president urged members of Congress to "come together and do something," saying that "now is the best time to do it." He noted, however, that Republicans "need votes from the Democrats or else nothing can pass."

Meanwhile, Office of Management and Budget Director Mick Mulvaney announced during the meeting that the administration would be spearheading a massive reorganization of the federal government. Mulvaney said the move fulfills the president's promise to "drain the swamp" in Washington.

"It's been almost 100 years since anybody has reorganized the government on this scale," Mulvaney said.  He used food metaphors to slam the "byzantine" nature of the way the government currently regulates, calling the process "stupid" and "makes no sense."

Among the proposals includes merging the Labor and Education Departments into a single Cabinet agency dubbed the Department of Education and the Workforce, or DEW. Mulvaney said that the move makes "tremendous sense" as both agencies were "doing the same thing -- getting people ready for the workforce."

He added, "When everybody's in charge, nobody's in charge." He also suggested that many of the roles performed by the Army Corps of Engineers should be divided among the Departments of Defense, Interior and Transportation. Most aspects of the proposed reorganization, however, are subject to congressional approval.