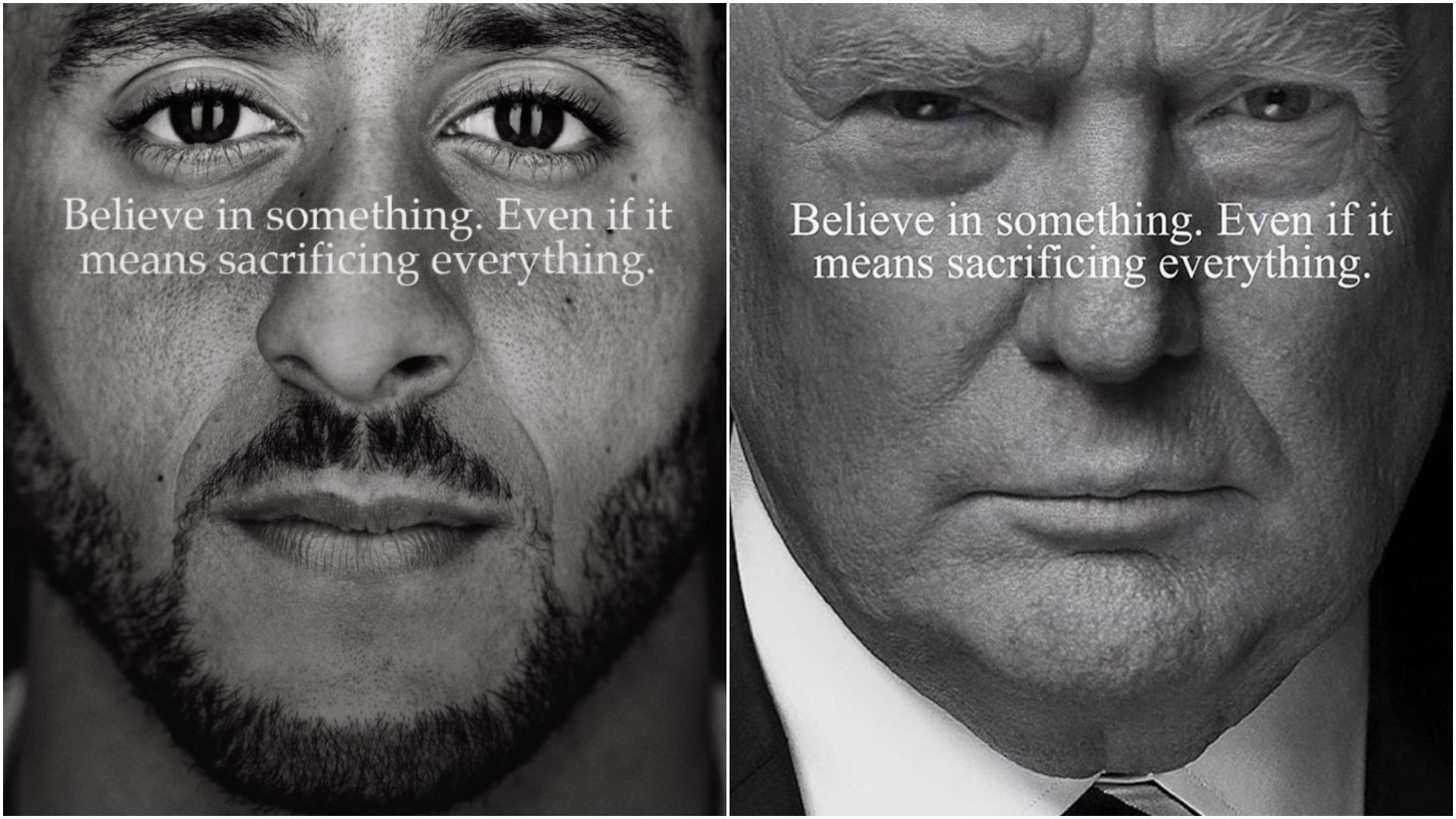 Donald Trump Jr. has posted a response to Nike's controversial new ad featuring Colin Kaepernick. The president's son shared his own version of the ad on Instagram Wednesday, featuring President Trump instead of the NFL player-turned-activist. In the caption for the photo he wrote, "There, fixed it for you."

The younger Trump replicated Nike's ad almost to a T -- the words that appeared across Kaepernick's face in the black and white photo were now over President Trump's: "Believe in something. Even if it means sacrificing everything."

Nike's Kaepernick ad for the 30th anniversary of the "Just Do It" campaign was released this week and drew a mix of support and opposition on social media. Kaepernick, an unsigned free agent, began kneeling during the national anthem in 2016 to bring attention to police brutality against African-Americans as well as other racial injustices. He is now suing the NFL, accusing team owners of conspiring to keep him off team rosters.

The Kaepernick ad sparked some backlash on social media, with critics calling for a Nike boycott and even posting photos and videos of Nike products set on fire. But many others chimed in with messages of support for Kaepernick.

President Trump, who has repeatedly slammed the players' protests, also weighed in, saying in an interview with The Daily Caller that the deal with Kaepernick sends "a terrible message."

The president also tweeted Wednesday, "Just like the NFL, whose ratings have gone WAY DOWN, Nike is getting absolutely killed with anger and boycotts. I wonder if they had any idea that it would be this way? As far as the NFL is concerned, I just find it hard to watch, and always will, until they stand for the FLAG!"

Over the last two seasons, TV ratings for NFL games have sunk, although industry analysts (and Tom Brady) believe the protest controversy is only one of many possible factors. A CBS News poll last fall found that Americans are unhappy with both the protests during the anthem and President Trump's comments on the issue.

Nike recently signed an extension to its deal as the NFL's official uniform sponsor. While Nike may be feeling some heat from critics after the release of the Kaepernick ad, the company has earned $43 million worth of media exposure in the first 24 hours, according to one estimate.

As debates over the Nike ad and NFL players' on-field activism continue, the NFL released a statement Tuesday night, stating: "The social justice issues that Colin and other professional athletes have raised deserve our attention and action."