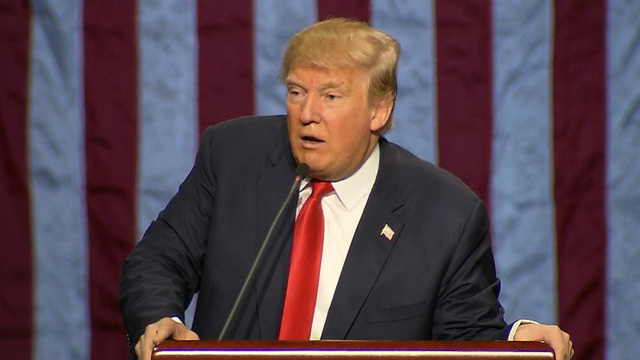 Donald Trump said Thursday that he will participate in CNN's presidential debate on Dec. 15, after he had threatened earlier this week to boycott the debate unless the network donated $5 million to charities benefitting veterans.

"When you're leading in the polls, I think it's too big of a risk to not do the debate," Trump told The Washington Post Thursday at a Trump National Golf Club in Virginia. "I don't think I have the kind of leverage I'd like to have in a deal, and I don't want to take the chance of hurting my campaign. So, I'll do the debate."

A new CNN/ORC national poll shows Trump leading the Republican field with 36 percent. The next candidate behind him trails by 20 points. Ted Cruz has 16 percent, and Ben Carson registers 14 percent.

Trump complained on Monday at a rally in Georgia that CNN doesn't treat him fairly and might not attend the fifth debate in Las Vegas.

"I won't do the debate unless they pay me $5 million, all of which money goes to the Wounded Warriors or goes to vets," Trump said.

But on Thursday, the GOP presidential frontrunner told the Post that if he doesn't participate, he would look like a "chicken" and that CNN will make "a fortune" because of him.

CNN Worldwide President Jeff Zucker explained Thursday at The Paley Center for Media why his network covers Trump so much, saying that it's "not our role to build up a campaign or take down a campaign" and that the network must fact-check his comments.