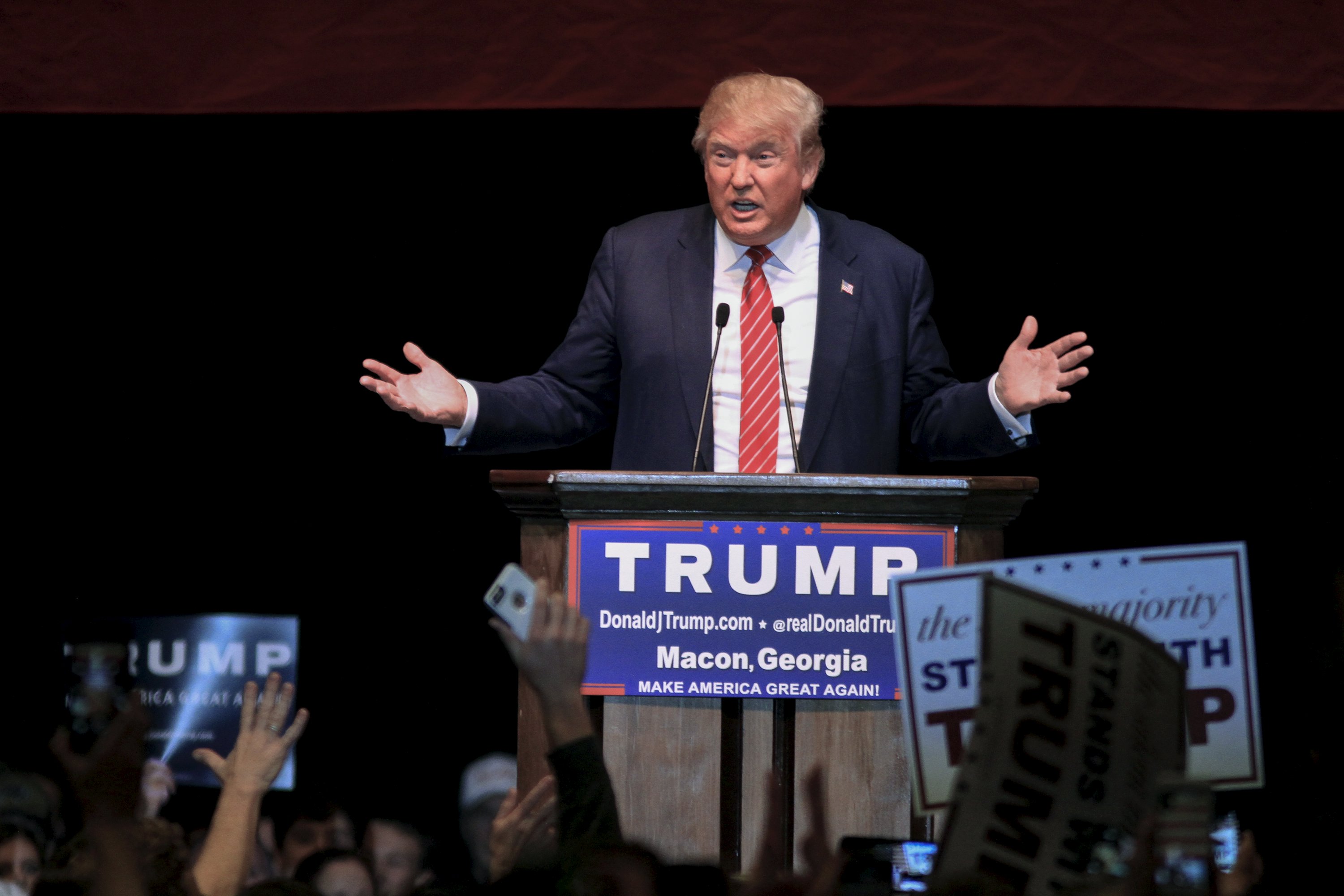 MACON, Georgia -- Business mogul Donald Trump demanded on Monday that CNN, the host of the next GOP debate, pay him $5 million dollars to participate, with the proceeds to be donated to veterans.

"I won't do the debate unless they pay me 5 million dollars," Trump said.

Trump had raised the idea of being paid to participate in the last CNN Republican debate in September, when he wrote in a letter to CNN president Jeff Zucker, "While I refuse to brag, and you know very well, this tremendous increase in viewer interest is due 100% to Donald J. Trump."

Trump said, at the time that Zucker should donate all the profits that CNN was receiving from increased advertising rates to veterans groups.

This time, Trump made the demands at a rally in Macon, Georgia, prompted by what he deemed the unfair treatment by the network of his candidacy, including a meeting with African-American pastors earlier in the day at Trump Tower. At first he seemed unsure. Trump asked the crowd if he should make the payment a condition of his participation in the debate.

"You have to tell me because I know what they're going to say," Trump said. "Trump is a chicken."

A CNN spokesperson did not respond to requests for comments. The next debate is slated to take place on December 15th in Las Vegas, Nevada.

This was a rare Trump event, during this campaign cycle, in which the crowd size featured a half empty venue. The speech took place at Macon Coliseum - which officials said could hold almost 10,000 attendees. However, the final crowd count, according to law enforcement officials, was 5,500, still a large crowd for any candidate. That didn't stop Trump from making exaggerated proclamations.

"As you can see, the people are still pouring out," Trump said.

"I think one of the things that came up in the meeting was we got to see a softer side of Mr. Trump in the meeting that maybe people don't get to see out in the media," said Pastor Al Morgan of Launch Ministries in Raleigh, North Carolina.

"It was like one of the most inspiring meetings," Trump said in Macon. "It was unbelievable. The love they have for the people they represent and people generally was incredible."

23-year-old Antonio Lewis-Ross, an African-American court clerk, came to the rally with his 63-year-old mother Frankie Lewis. Both are lifelong Georgians.

"He's shedding light on views most candidates wouldn't have done previously and wouldn't have said publicly," Lewis-Ross. "People like the honesty. I think it's a fresh take on running for president or any political office."

However, as Lewis-Ross noted, his relationship with the African-American community is more complicated.

"His relationship with the African-American community can be..." Lewis-Ross paused and his voice trailed off.

Overall, Lewis-Ross, clad in a full suit and a lime green tie, is undecided between two polar opposite candidates - Trump and Vermont Sen. Bernie Sanders, who is self-admitted Democratic-Socialist. But it's Trump's rhetoric that Lewis-Ross offered soft criticism of.

"For one thing, for being a public figure, it's hard to be politically correct all the time," Lewis-Ross said. "He could use better wording for one. Maybe a lot of things you say can be misconstrued - but probably better wording of things."

But it's that bombast that endears him to many that come to his rallies.

"He's to the point," said David Martel - a 44-year-old construction worker specializing in modeling and house repairs. "He's up front. You know, nothing scripted. I like that about him."

This was Trump's second trip to Georgia since launching his campaign. Previously, in Norcross, Trump received an endorsement from a number of African-American pastors - many of whom he happened to meet with today at Trump Tower. For the second time, 2012 presidential candidate and radio host Hermain Cain addressed the rally.

And of course, another classic Cain line that would've been familiar to anyone who listened to him in 2012.