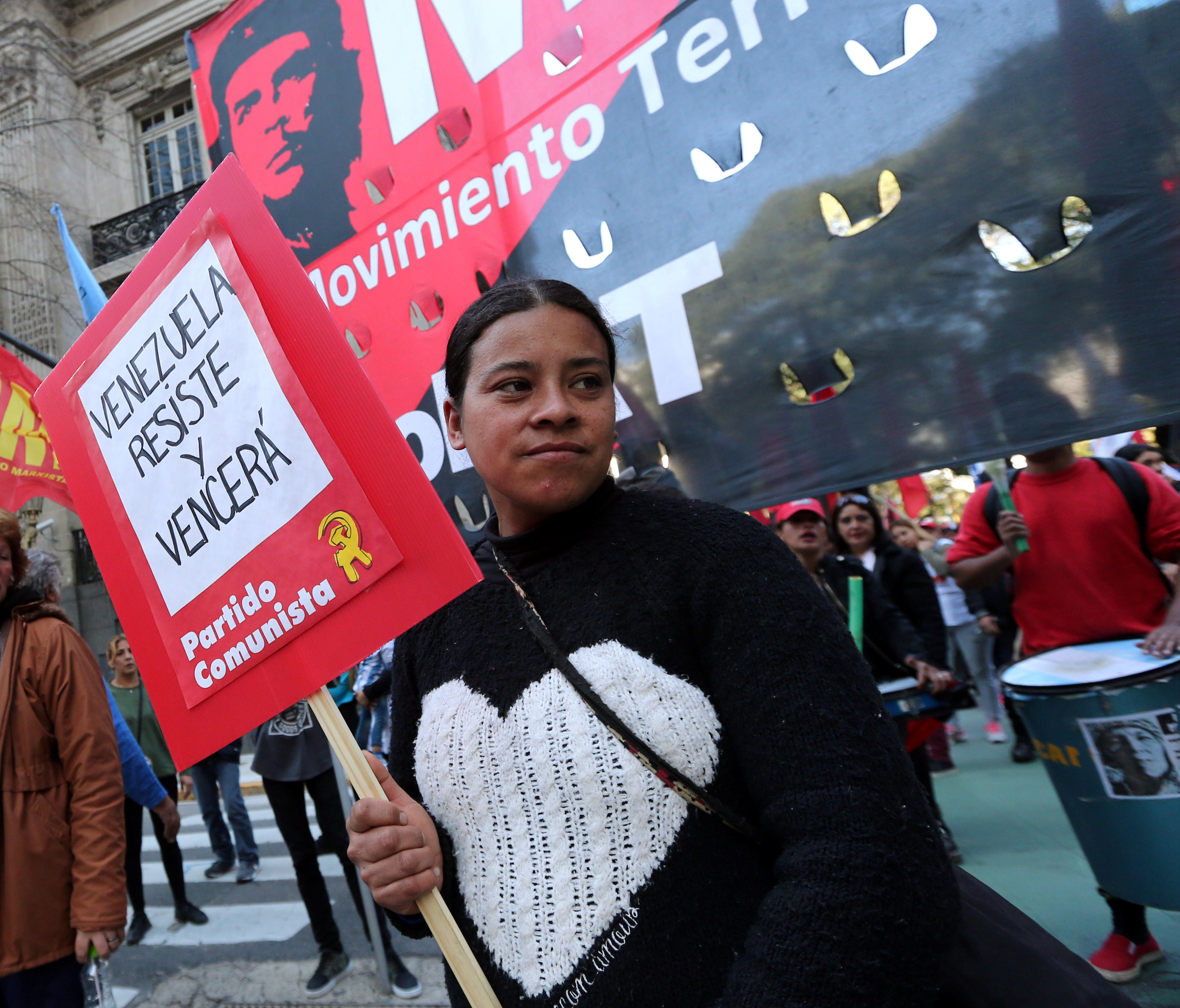 The sanctions Mr. Trump signed by executive order are bound to dramatically escalate tensions between Venezuela and the U.S. and exacerbate the country's economic crisis.

"These measures are carefully calibrated to deny the Maduro dictatorship a critical source of financing to maintain its illegitimate rule, protect the United States financial system from complicity in Venezuela's corruption and in the impoverishment of the Venezuelan people, and allow for humanitarian assistance," the White House said in a statement.

But they stop short of cutting off U.S. imports of Venezuelan oil that are crucial both to Venezuela's economy and U.S. oil refiners.

U.S. Vice President Mike Pence had signaled the upcoming move earlier, tweeting that the U.S. "will not stand by as Venezuela crumbles."

"The birthright of the Venezuelan people has always been and will always be libertad," he wrote, using the Spanish word for "freedom."

Speaking at a White House press briefing on Thursday, National Security Adviser H.R. McMaster says the new round of sanctions "demonstrates more clearly than ever that the United States will not allow illegitimate dictatorship to take hold in the western hemisphere at the expense of its people."

McMaster added that Mr. Trump is "keeping his promise of strong action and continuing to show strong leadership" in the face of the Maduro regime.

Since the assembly has been seated, the 545 delegates have voted by acclamation to oust the nation's outspoken chief prosecutor, take power from the opposition-controlled congress and create a "truth commission" that many fear will be used to target opponents. Several prominent opposition mayors have also been removed or ordered arrested by the pro-government supreme court.

The new economic sanctions are likely to worsen a crisis that has already seen the oil-dependent economy shrink by around 35 percent since 2014 - more than the U.S. economy did during the Great Depression.

Maduro, who is among some 30 seniors officials already barred from the U.S., seemed almost resigned to that possibility. He warned this week that the Trump administration was readying a "commercial, oil and financial blockade" in the mold of the one that punished Cuba for decades. He said it would be meant to pave the way for a U.S. military intervention.

"The economic measures the U.S. government is preparing will worsen Venezuela's economic situation," he told foreign journalists Tuesday, vowing to protect the population from the worst effects of any sanctions.

While Treasury Secretary Steve Mnuchin called the current situation in the region "unacceptable", he noted that "if they restore the proper democratic processes, we'll react to that."

During a Latin America tour this month, Pence downplayed President Trump's recent talk of a "military option" for Venezuela while repeatedly raising the specter of sanctions. He did so again on Wednesday in a meeting in Miami with several leading opposition exiles.

But McMaster reissued Mr. Trump's warnings of possible military actions on Thursday "in concert" with the support of the international community only if conditions worsened in the region.

He conceded, however, that at the moment, there were no military actions "anticipated in the near future."

David Smilde, a Tulane University sociologist who has spent decades researching Venezuela, said blanket sanctions that immediately cut off the government's cash flow and hurt the population are likely to strengthen Maduro in the short-term.

"It will bolster his discourse that Venezuela is the target of an economic war," said Smilde.

But with Venezuela's streets calmer than they have been for months, and the opposition still reeling from its failure to prevent the constitutional assembly from going forward, action from increasingly concerned international community represents the best chance of reining in Maduro, he added.

Maduro is already struggling to combat widespread shortages and triple-digit inflation as oil production - the economy's lifeblood - has tumbled to its lowest level in more than two decades. Any economic sanctions, however mild, increase the risk Venezuela will default on its ballooning debt.

The government and PDVSA have around $4 billion in debt payments coming due before the end of the year but only $9.7 billion in international reserves on hand, the vast majority consisting of gold ingots that are hard to trade immediately for cash.

Venezuela has taken desperate steps to remain current on its debt throughout the economic crisis and the president has blamed his enemies for spreading rumors about any impending default.