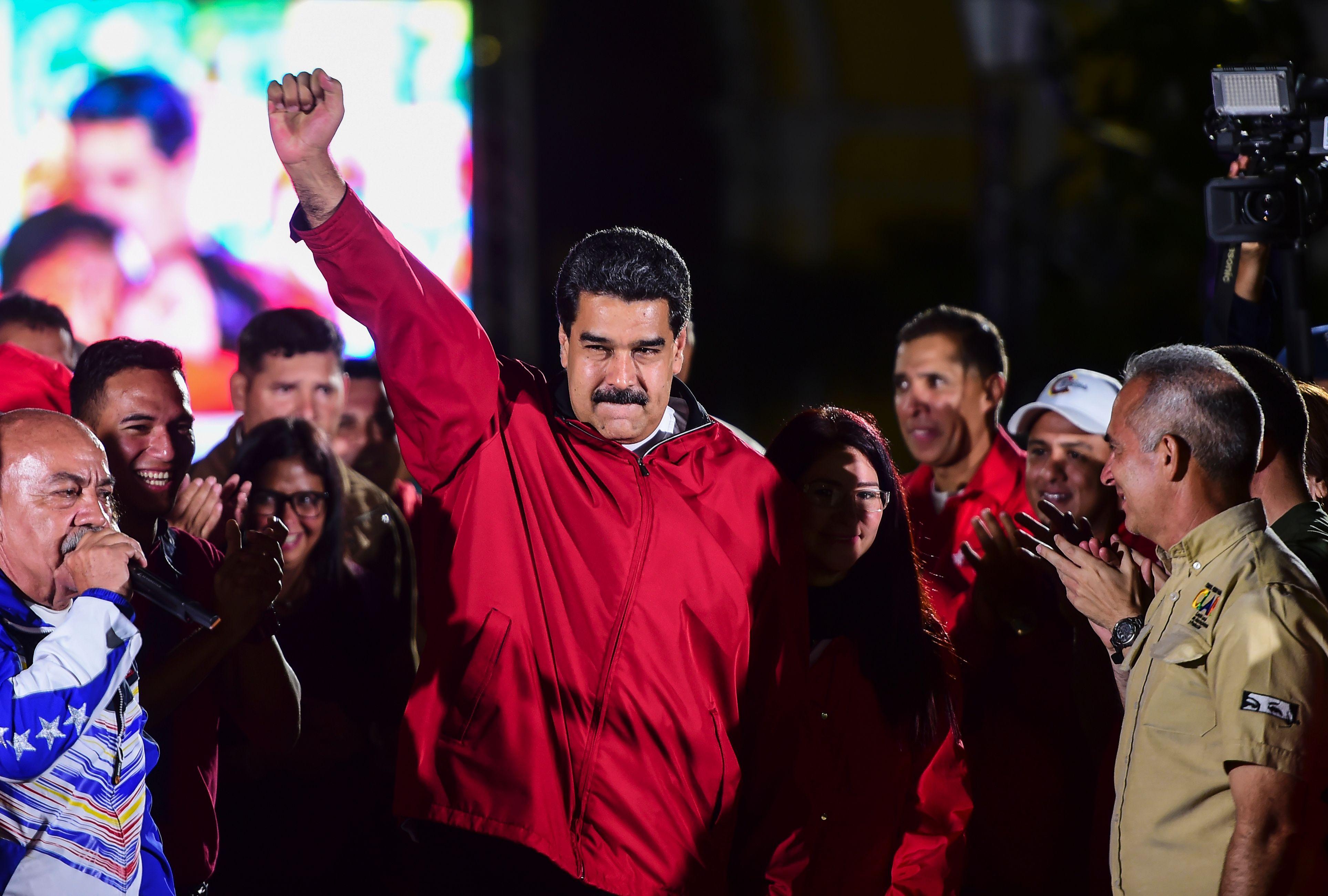 CARACAS, Venezuela -- Allies of two Venezuelan opposition leaders say Leopoldo Lopez and Antonio Ledezma have been taken by authorities from the homes where they were under house arrest.

Video posted on the Twitter account of Lopez's wife early Tuesday showed a man being taken away from a Caracas home by state security agents. Wife Lilian Tintori said in a tweet that, "they've just taken Leopoldo from the house. We don't know where he is."

Lopez was detained three years after protests against President Nicolas Maduro's government and sentenced to more than a decade in prison on charges that include inciting protesters to violence. He was released last month to serve the rest of his term under house arrest. Ledezma, a former Caracas mayor, was also detained in 2015 and has been under house arrest.

President Nicolas Maduro meanwhile brushed off new U.S. sanctions on him and condemnation at home and abroad of the newly chosen constitutional assembly, saying the vote had given him a popular mandate to radically overhaul Venezuela's political system.

Maduro said Monday evening that he had no intention of deviating from his plans to rewrite the constitution and go after a string of enemies, from independent Venezuelan news channels to gunmen he claimed were sent by neighboring Colombia to disrupt the vote as part of an international conspiracy led by the man he calls "Emperor Donald Trump."

A few hours earlier, Washington added Maduro to a steadily growing list of high-ranking Venezuelan officials targeted by financial sanctions, escalating a tactic that has so far failed to alter his socialist government's behavior. For now, the Trump administration did not deliver on threats to sanction Venezuela's oil industry, which could undermine Maduro's government but raise U.S. gas prices and deepen the humanitarian crisis here.

The sanctions came after electoral authorities said more than 8 million people voted Sunday to create a constitutional assembly endowing Maduro's ruling party with virtually unlimited powers -- a turnout doubted by independent analysts while the election was labeled illegitimate by leaders across the Americans and Europe.

Venezuela's National Electoral Council said turnout in Sunday's vote was 41.53 percent, or 8,089,320 people. The result would mean the ruling party won more support than it had in any national election since 2013, despite a cratering economy, spiraling inflation, shortages of medicine and malnutrition.

Opposition leaders estimated the real turnout at less than half the government's claim in a vote watched by government-allied observers but no internationally recognized poll monitors.

An exit poll based on surveys from 110 voting centers by New York investment bank Torino Capital and a Venezuela public opinion company estimated 3.6 million people voted, or about 18.5 percent of registered voters.

The electoral council's vote counts in the past had been seen as reliable and generally accurate, but the widely mocked announcement appeared certain to escalate the polarization and political conflict paralyzing the country.

"If it wasn't a tragedy ... if it didn't mean more crisis, the electoral council's number would almost make you laugh," opposition leader Freddy Guevara said on Twitter.

Maduro has threatened that one of the constitutional assembly's first acts would be jailing Guevara for inciting violence. But speaking to CBS News' Manuel Bojorquez on Monday, the Guevara was adamant that the opposition movement would carry on in the face of the threats.

Protesters have vowed to keep taking to the streets. As Bojorquez reports, the steadfast refusal of either the opposition or Maduro to bow to pressure as Venezuela's political crisis escalates means more turmoil is likely in the coming days.

The newly-elected constitutional assembly could meet as soon as Wednesday to start drafting a new constitution.