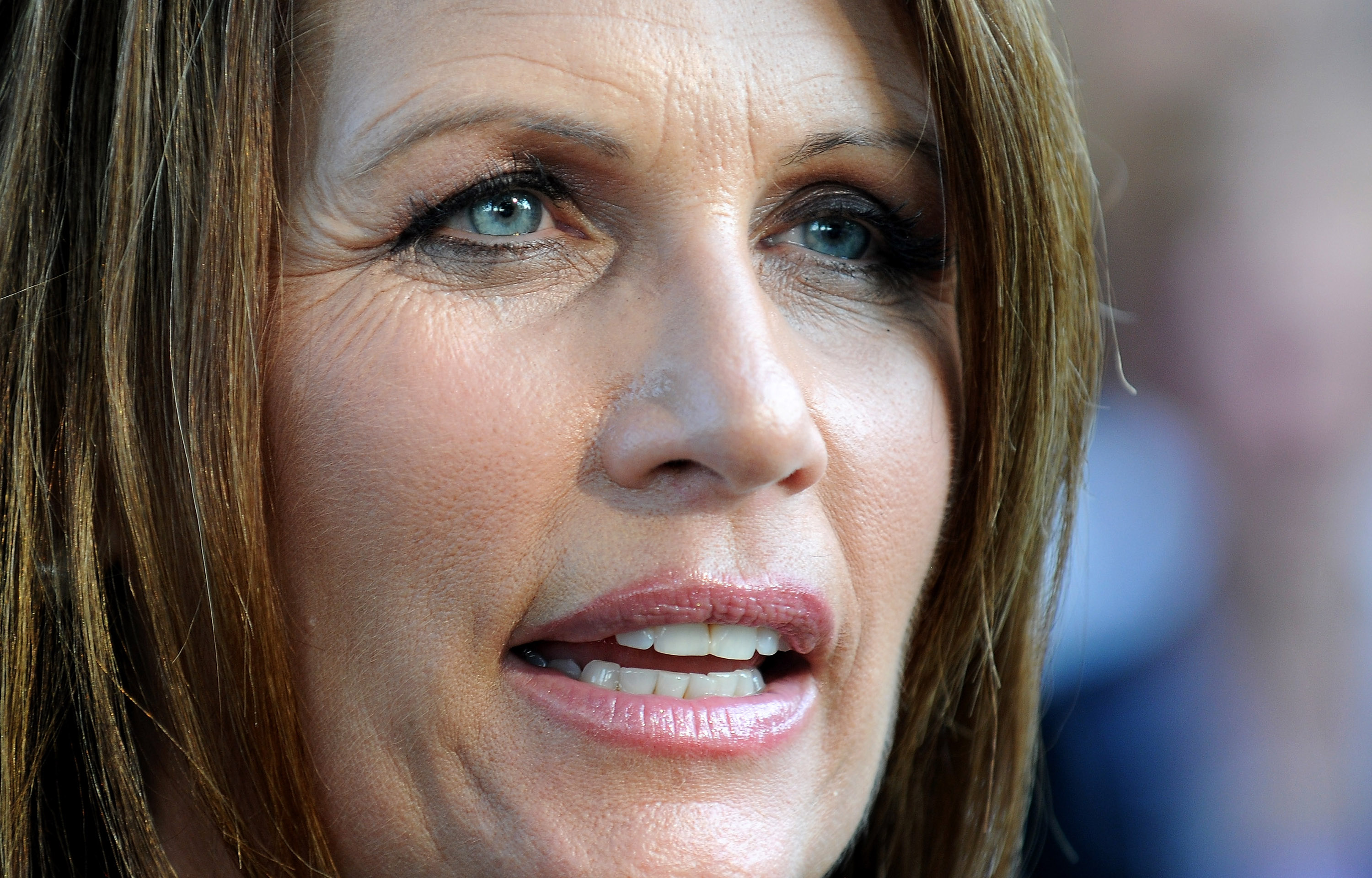 Did Michele Bachmann set her sights too high, too fast?

The tea party favorite announced on Wednesday that she would not seek reelection, generating a parade of competing theories about why she chose to opt out of a tough 2014 race rather than fight to keep her seat in Congress.

Some pointed to the uphill climb that awaited Bachmann if she chose to stand and fight. Her 2012 challenger Jim Graves, who nearly bested her in a district that Republican presidential nominee Mitt Romney won comfortably, was already angling for a rematch, and national Democrats were sure to pour money into the race to unseat one of their fiercest antagonists.

Compounding an already tough reelection bid were the mounting ethics investigations dealing with Bachmann's 2012 presidential campaign. In March, it was reported that the Office of Congressional Ethics would investigate Bachmann for allegedly misusing her campaign funds. The Federal Election Commission had announced a parallel inquiry.

But while those woes may have factored into Bachmann's decision to cut and run, a simpler question may have been the deciding factor: Did Michele Bachmann simply rise too far, too fast, sacrificing her currency with her constituents in a foolhardy pursuit of something greater?

Asked whether he thought Bachmann damaged her standing back home by seeking the presidency, veteran Republican strategist Trey Hardin said, "I do.'

With Bachmann and other candidates who have suffered the same fate, Hardin explained, "We've certainly seen that that historically happens, and it happens for two reasons: One, because naturally the candidate's not going to be back in the district as much, so there's the basic fact that she represents that district yet she's focused on something else."

The second reason, Hardin said, is that "by running for president, you are exposing yourself to national issues that you did not previously have that could make you vulnerable in your district."

A bigger platform, in other words, can greatly amplify a political figure's power - but the enhanced publicity can also make missteps and gaffes that much more damaging.

Another GOP strategist, Ron Bonjean, said that Bachmann's "outspokenness" and her "sense of disconnect from her district" damaged her with constituents who thought she might be looking out for number one rather than keeping their interests in mind. "If you go outside of what voters are looking for, both in your district and nationally, then you're going to have real problems and clearly she was out of step several times during the course of the presidential campaign," Bonjean added.

Bachmann is hardly alone in that folly. The graveyard of American politics is littered with the stories of members of Congress whose bald ambition undercut their credibility back home. By venturing prematurely and precariously onto the national stage, the rough edges of political figures that may go unnoticed atop the smaller platform of a regional lawmaker can be thrown into stark relief under the klieg lights of a presidential campaign.

The results have seldom been pretty.

In 2004 and 2008, Rep. Dennis Kucinich, D-Ohio, mounted two failed bids for the Democratic presidential nomination. He positioned himself as the left-wing purist in the primary field, staking out liberal positions on national security and same-sex marriage that were catnip for the Democratic base but a source of skepticism for some of Kucinich's usually-supportive constituents.

Mary Ridill, one of those constituents, told the New York Times during the primary in 2004 that Kucinich "has done some good locally, but I think he has gone bananas."

His 2004 opponent Ed Herman told the National Review, "Dennis Kucinich had a reputation for being a man of the people in Cleveland," but now "he has decided that it's more important to impress his new friends in Hollywood."

Kucinich, a former mayor of Cleveland with deep roots in his district, lived to fight another day after his 2004 race, but he was eventually booted out of his seat after 2010 congressional redistricting eliminated one of Ohio's House seats, forcing him into a primary fight with Rep. Marcy Kaptur, D-Ohio.

Kaptur, who had staged no such quixotic bouts of self-indulgence, summarily routed the former mayor.

A more direct parallel to Bachmann can be spied in the cautionary tale of former Rep. Bob Dornan, R-Calif., an Orange County-area congressman whose disastrous bid for the 1996 Republican presidential nomination undercut his failed congressional reelection race later that year. Dornan earned plaudits with the right wing by calling then-President Bill Clinton a "criminal" and a "pathological liar", but his national designs failed to gain any traction beyond the fleeting kudos of the conservative base. His frequent absence from his district provided challenger Loretta Sanchez an opening to position herself as the work-horse to Dornan's show-horse - the one who wouldn't forget the voters who sent her to Washington in the first place.

Bachmann, pursuing the GOP's 2012 nomination, may have fallen victim to the same pattern of hubris and heightened scrutiny that felled several lawmakers before her. While she had a brief moment in the sun as the victor in the 2011 Ames straw poll, an early indicator of strength in the first-in-the-nation Iowa caucuses, her bid eventually foundered amid a series of controversial statements. At one point, she claimed that the vaccine against the Human Papilloma Virus (HPV) caused mental retardation, earning swift denunciation from medical professionals. She has also called for the media to be investigated for "anti-American" activities and more recently argued that President Obama's health care reforms will"literally kill" people.

Bachmann eventually finished dead last in the Iowa caucus and quickly disbanded her presidential campaign. While her controversial statements were not enough to derail her House bid in 2012, they came quite close - and there's no guarantee that 2014 would have ended as auspiciously for the conservative firebrand.

Ultimately, though, Bachmann's fall may be more a product of her own making than the latest in a pattern of politicos whose ambition damaged their brand. "I don't think that it's just her presidential bid," explained Hardin. "She's a little unique. I think that there have also been some things that she has done or said, unrelated to her presidential bid, that have made life more difficult on her than it needed to be back home."

And before anyone heaps sympathy on Bachmann for abandoning a tough electoral fight, it's worth remembering that, by at least some measures, life outside of Congress can be a lot more comfortable than life inside. Bachmann "was much more influential outside Washington than inside Washington," Bonjean said. "She ignited the tea party with her opposition to Obamacare...and she can now benefit from being so high profile by staying connected to the tea party and cashing in on that experience."