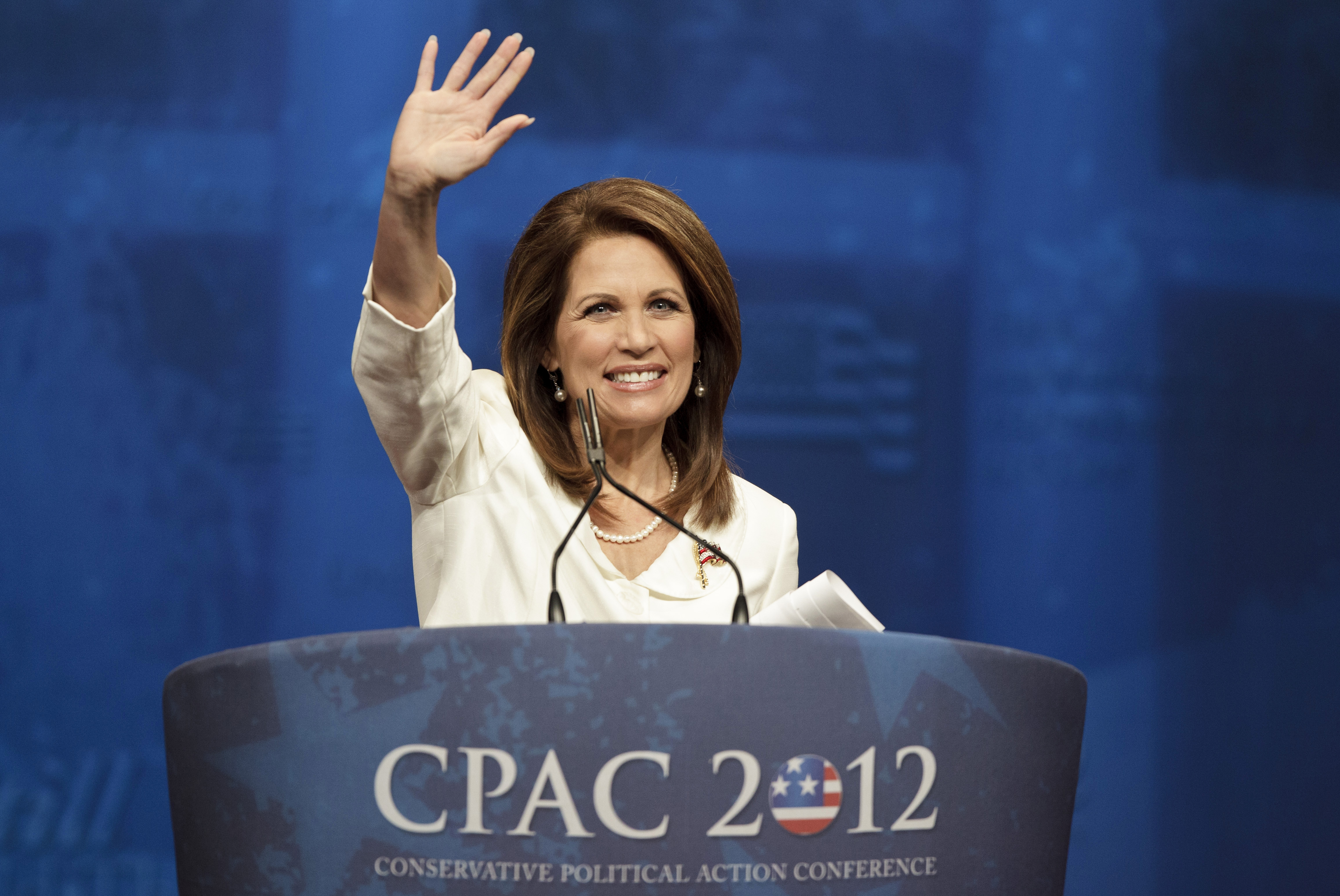 In August 2011, as the 2012 presidential election was just heating up, Rep. Michele Bachmann, R-Minn., was having a moment. She had defeated her fellow Republican presidential hopefuls in the Ames, Iowa, straw poll, and with the help of her unpredictable but passionate tea party compatriots, Bachmann appeared to be building up a groundswell of conservative support.

Appearing on Fox News after the straw poll results were announced on August 13, Bachmann said she was "stunned and humbled and thankful and grateful" at her victory, and she expressed her excitement about having "just crossed a very important hurdle."

Five months later, after finishing last in the Iowa Republican caucuses, Bachmann dropped out of the presidential race. In November 2012, she narrowly won re-election to her House seat in Minnesota's 6th district. And on Tuesday night, the four-term congresswoman announced via YouTube that she would not be seeking re-election.

"After a great deal of thought and deliberation, I have decided next year I will not seek a fifth congressional term to represent the wonderful people of the sixth district of Minnesota," Bachmann said in her announcement. "After serious consideration I am confident that this is the right decision... The law limits anyone from serving as president of the United States for more than eight years. And in my opinion, well eight years is also long enough for an individual to serve as a representative for a specific congressional district."

Still, both would have arguably been a concern for her in any attempt to reclaim her seat for another term. In 2012, Bachmann faced an unexpectedly difficult challenge to her House seat from Democrat Jim Graves, D-Minn., whom she ultimately defeated by just 1.2 percent (about 4,200 votes). And Graves recently announced he'd be seeking the seat again, threatening her with yet another potentially exhausting and difficult campaign.

The investigations into her campaign activities are also hard to rule out as potentially troublesome to another bid. In March, the Office of Congressional Ethics (OCE) announced it would be investigating her for alleged misuse of campaign funds.

In a complaint filed by Peter Waldron, who served as national field coordinator for Bachmann's presidential run, Waldron accused the Bachmann campaign of using funds from her political action committee MichelePAC to pay at least one staffer, and withholding paychecks to other staff members who refused to sign confidentiality agreements. He also alleged the campaign offered concealed payments to Bachmann's former Iowa campaign chairman Kent Sorenson, a state senator who Waldron says was legally ineligible to perform paid work for a presidential campaign under Iowa Senate rules. Bachmann's campaign finances are also being investigated by the Federal Election Commission.

Bachmann is no stranger to controversy: She is infamous for her tendency to make outrageous and/or factually incorrect statements, as well as for her generally unapologetic attitude about having done so. Throughout her career, she has suggested the media should investigate members of Congress to find out if they hold "anti-American" views; she's suggested that the HPV vaccine causes mental retardation; she's argued that Obamacare would "literally kill" people and joked that a slew of recent natural disasters were a message from God to tell government to rein in spending.

Bachmann has also made news for her counterfactual accounts of American history, like her claim that the American Revolution began in New Hampshire, and that John Quincy Adams was a Founding Father who had also worked "tirelessly" to abolish slavery. She also suggested at her presidential campaign kickoff that John Wayne was born in Waterloo, Iowa; in fact it was the serial killer John Wayne Gacy who was born there.

During her presidential bid, it was not immediately clear what impact, if any, her controversial rhetoric and sometimes unusual political views would have on her future in Congress. But even with plenty of money in the bank - according to FEC filings, Bachmann had more than $1.8 million cash on hand as of April 15 - the next 17 months would likely have been an uphill battle.

Nevertheless, while Bachmann said that she is satisfied with serving a maximum of eight years in "a specific congressional district," she certainly didn't close the door on politics down the road.

"My future is full, limitless, and my passions for America will remain," she said in her Tuesday video. "And I want you to be assured that is no future option or opportunity -- be it directly in the political arena or otherwise that I won't be giving serious consideration -- if it can help save and protect our great nation for future generations."