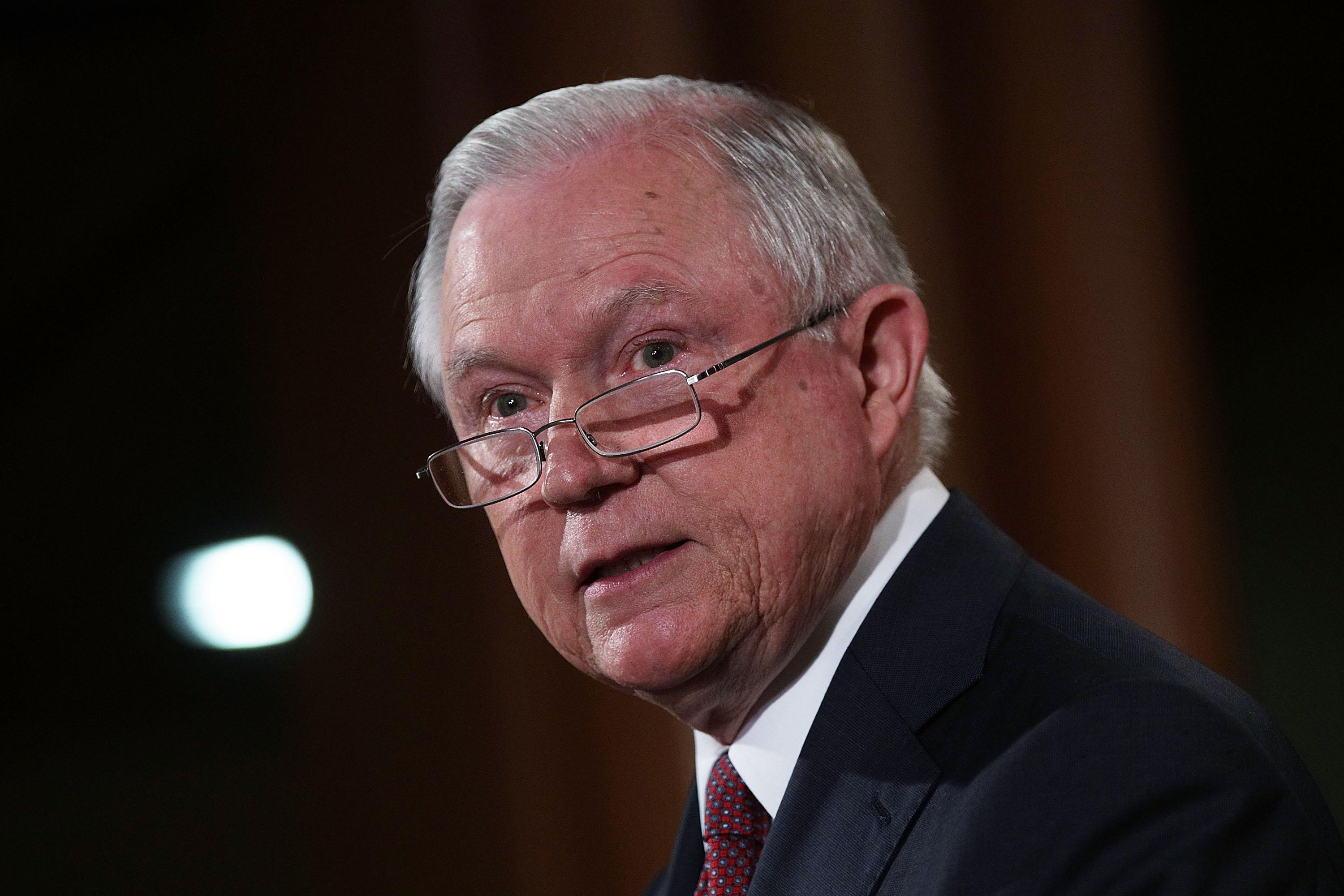 WASHINGTON -- The trial of the suspected mastermind of the 2012 Benghazi, Libya, attacks will be one of the biggest terrorism cases yet for a Justice Department under a leader who has said it shouldn't be handling such cases at all.

Since his time as an Alabama senator, Jeff Sessions has argued that terrorism suspects should be sent to the military prison at Guantanamo Bay, Cuba, rather than prosecuted in U.S. courts by the Justice Department he now oversees. He's in lock-step with President Donald Trump, who promised during the presidential campaign to fill the prison with "bad dudes."

But the Trump administration has yet to send a terror suspect there. And next week, on Oct. 2, it will open the civilian trial of Ahmed Abu Khattala, a case that could offer further evidence that the American civilian justice system can provide legal rights to terror suspects without costing the government valuable intelligence or running the risk that the suspect will go free.

"Time and time again we have shown that we have a system that can withstand constitutional scrutiny and send people to jail for substantial periods of time," said David N. Kelley, a former U.S. attorney in New York City, a hub for terrorism prosecutions.

Abu Khattala is charged in connection with the September 2012 attack on the U.S. diplomatic mission in Benghazi that killed U.S. Ambassador Chris Stevens and three other Americans. The case became political fodder, with Republicans accusing the Obama administration of intentionally misleading the public and stonewalling congressional investigators, though officials denied any wrongdoing. Some in Congress were particularly critical of then-Secretary of State Hillary Clinton's handling of the problem.

The Obama administration, which had been trying to shutter Guantanamo, brought Abu Khattala to the U.S. to face charges after his capture in 2014. Republican lawmakers, including Sessions, had warned that valuable intelligence might be sacrificed when a detainee is afforded the legal protections of the American justice system, like access to a lawyer and the right to remain silent. They argue that the government can learn more about future plots by holding suspects as enemy combatants and questioning them indefinitely.

But Abu Khattala's case shows that even in the American court system, the government has broad freedom to glean and use intelligence from terror suspects, said Jonathan Hafetz, a senior attorney with the American Civil Liberties Union who has handled terrorism cases.

A judge ruled that prosecutors can use as evidence statements Abu Khattala made during 13 days aboard a Navy transport ship headed to the U.S., a trip his defense lawyers argued was illegal. He was questioned for days about national security matters before being advised of his rights. A new team of FBI investigators then pressed him some more, this time to produce evidence prosecutors could present at trial. Abu Khattala waived his rights, but his attorneys argued that the trip was so coercive, the waiver shouldn't count.

The judge rejected that, saying Abu Khattala was "treated respectfully and humanely while in custody."

The ruling raises concerns for the rights of defendants, but undermines Sessions' argument that intelligence collection is impeded by access to attorneys and other rights, Hafetz said.

"The decisions show the degree to which courts have accommodated the government's national security concerns in criminal prosecutions, albeit in some cases to a troubling degree," he said.

The debate played out vividly over the previous eight years, when then-Attorney General Eric Holder sought to prove that American courts were a fairer and faster form of justice for terror suspects. He tried in 2009 to move the five men accused in the Sept. 11, 2001, attacks from Guantanamo to New York for trial, but was derailed by political opposition. With their cases bogged down in pretrial motions, it could be years before the men see a trial before a military commission.

Holder has claimed vindication as the military commission system at Guantanamo stalled, and the Justice Department convicted hundreds of terrorists captured in the U.S. and overseas. For many career officials, prosecuting terror suspects on American soil has become a source of pride.

Meanwhile, military commissions since 2001 have resolved just eight cases that ended in convictions, four of which were later overturned. Sessions has lamented the problems with the commissions but still supports their use.

The White House is drafting a detention policy, but there is nothing that would prevent Trump from sending suspects to Guantanamo again.

The Justice Department declined to comment on its position or elaborate on Sessions' views. But they have not publicly changed. He toured Guantanamo this year, after telling a conservative radio host, "I don't think we're better off bringing these people to federal court in New York and trying them in federal court where they get discovery rights to find out our intelligence, and get court-appointed lawyers and things of that nature."

Asked recently whether U.S. courts are the best place to handle terror cases, Dana Boente, acting head of the department's national security division, would not answer.

"If we end up holding people for five years because they are useful for intelligence, so what?" McCarthy said.