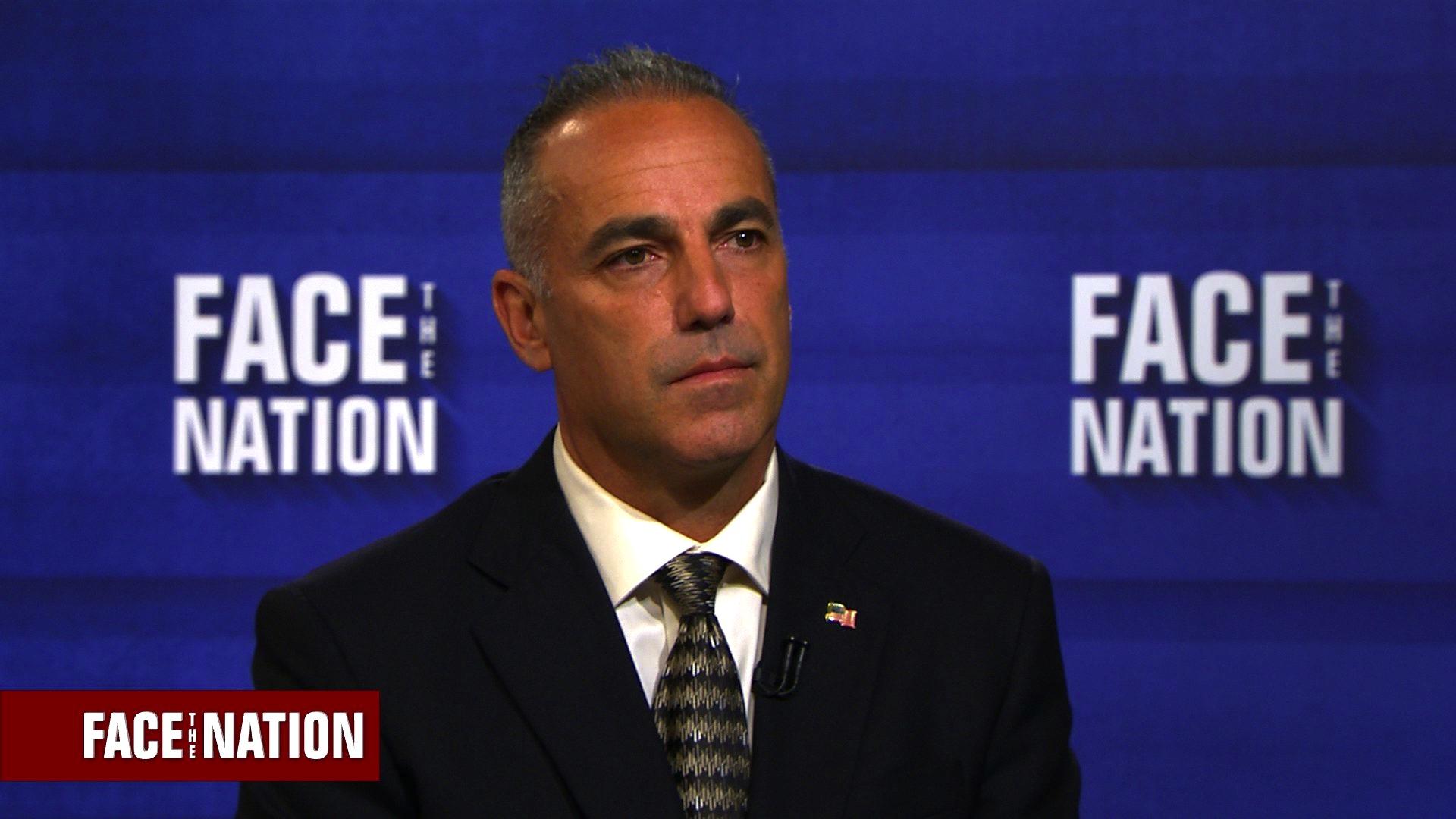 Meadow Pollack was an 18-year-old student at Marjory Stoneman Douglas High School in Parkland, Florida, and one of the 17 people killed in the Feb. 14 shooting. The horrific shooting has been followed by an outpouring of activism by survivors and the family members of the victims calling for action.

Andrew Pollack, Meadow's father, has taken up the issue of school safety since the shooting. He joined us to discuss meeting with President Trump, what can be done to prevent future shootings and a new bill in Florida to improve school safety.

The following is a transcript of the interview with Pollack that aired Sunday, March 4, 2018, on "Face the Nation."

MARGARET BRENNAN: Welcome back to "Face the Nation." I'm Margaret Brennan. Andrew Pollack is the father of 18 year old Meadow who was killed last month at the Marjory Stoneman Douglas High School shooting in Parkland, Florida. And he joins me here.

We are so sorry for the loss of your daughter, sir. And I know that you've become active. You've been at the White House a number of times including this week. What happened in that meeting today or this week?

ANDREW POLLACK:  Well first I just want to tell everyone in America that is passionate about school safety like I am to follow me on remembermeadow.com, and they'll be able to help me in my cause. What we're going to do moving forward to help every other state. Move forward towards making their school safe so I could be the last dad that ever had to bury a kid killed in a school.

MARGARET BRENNAN: You have spoken passionately about this and Americans heard that cry when you spoke to the present directly on camera. You went back to talk about school safety this week. Do you have any pledges from the White House to follow through on some of what you're talking about with school safety?

ANDREW POLLACK: Well I went twice to the White House within the last two weeks. The president and every one of his staff was very compassionate, having my family in the White House. He, he -- what could you say to a murdered kid's father? You know? There's not much anyone's going to say that's going to make anything better for me. But he listened to things and suggestions that I had, and what we're working on in Florida, and that's my agenda, what we're going to move. We're going to move forward and fix these things. I'm not looking at any other type of agenda right now.

And that's why I came here, because it's not really -- I grew up, when I grew up in Long Island, my father instilled in me, if you wanted something done right you do it yourself. So right now I'm trying to do things my way and help. I'm not listening, I'm not leaving it up to the president. I'm taking it in my hands and with a lot of people behind me. And we're going to focus on school safety and that's one of the reasons I'm here today.

I have a message that I'd like to get out.

MARGARET BRENNAN: And you're going and taking that message to Tallahassee Florida, I understand, this week.

ANDREW POLLACK: Yes. So one of the reasons why I'm here is because there's been 200 shootings already in this country and there's a reason why it hasn't stopped because after every shooting. The media, they focus on gun control. OK, gun control that's a big problem. But I feel that if we all come together as parents, grandparents, uncles and we just work on this. Let's make our schools safe. All the marches that are going on that are going to have in D.C., the kids. I understand the kids pain. My kid was murdered in that school. So if anyone understands that I understand every kid in that school how angry they are. But I'm here now to talk to them. To say, let's focus on one thing first. Let's- let's get our schools safe. And then after every school is safe in the country that you could drop your kid off and you don't have to worry that some murderer is going to go kill your kid on the third floor. We could-- they could focus on any gun laws they want-- I don't. But first let's come together we could march right through this country. Who's going to stop us. Who doesn't want our kids safe. Stay focused. Stay focused. OK, I'm talking to you. Everyone out there you reach out to me. Let's stay focused. Reach out to me, reach out to my sons, who buried their little sister a couple of weeks ago. Let them march with you in D.C. Let's get the right message across. Let's make these schools safe.

MARGARET BRENNAN: This week in your home state of Florida the state Senate rejected a proposal to ban assault weapons and supported the idea of arming teachers. Now some of the classmates of your daughter are among these activists.

MARGARET BRENNAN: One of them, Jacqueline Cornin, tweeted "the Florida Senate has rejected the ban of AR-15s the weapon of choice used at my school to kill 17 souls. This breaks my heart, but we will NOT let this ruin our movement. This is for the kids." What do you think your daughter Meadow would be doing in the wake of something like this?

ANDREW POLLACK: That's the problem. Again, they're focusing on something that's not achievable. Gun laws right now are not achievable. My daughter was murdered by a gun. She should have been safe in the school. That's the problem. So that's the first thing I want to address. I'm not saying don't go after gun laws. I'm not a gun expert. I'm saying that's the problem we need -- there was 200 shootings. That's always getting twisted into gun laws and gun control. If we all focus together, one nation, no political affiliation, we could work together and make the schools safe and then go fight it out whatever you want.

MARGARET BRENNAN: So you want armed guards in school or more bullet plated glass? What do you want to see?

ANDREW POLLACK: I want to see what's in this Florida bill passed. That's what I'm for and I'm going to go to Tallahassee. I'm leaving to Tallahassee tonight and I want Florida to set an example for the rest of the country because I went over the bill. I've met with Governor Scott Governor Scott came to my house like twice already, came to the funeral. Calls me on a daily basis to check up on me. He went...he showed me this bill people the speaker of the house went over the bill with me and we need to get the bill passed in Florida and that's why when I leave here tonight I'm on a mission. I'm going to Tallahassee and I'm going to make sure the bill passes whatever I have to do.

MARGARET BRENNAN: Mr. Pollack, thank you for coming on and sharing your story with us. We'll be right back with our panel.