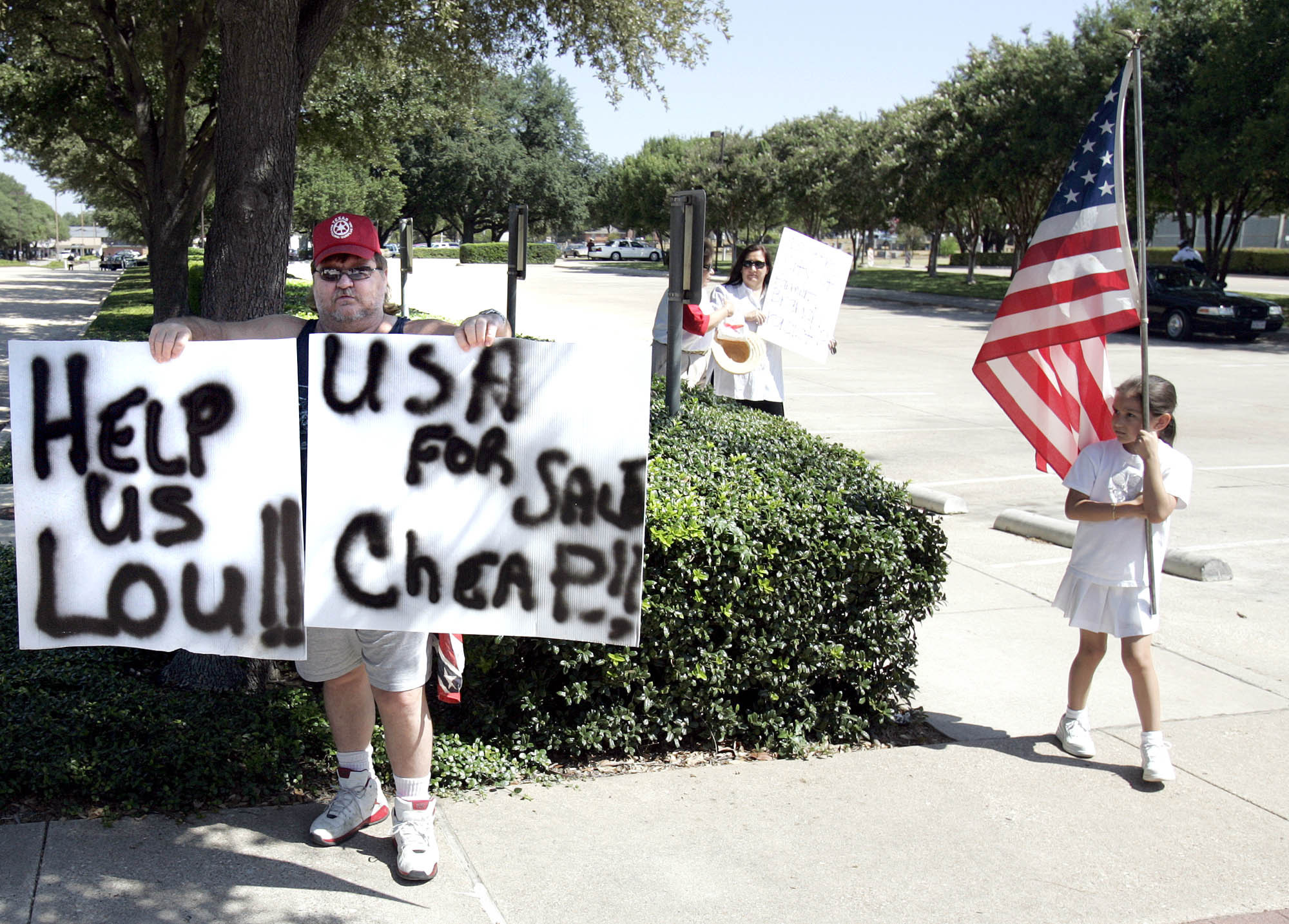 (AP) DALLAS - A Dallas suburb's long, expensive fight to ban illegal immigrants from renting homes will have perhaps its most important hearing before a largely conservative group of judges with the power to influence the national immigration debate.

Farmers Branch was sued four years ago after it passed an ordinance allowing the city building inspector to evict any illegal immigrant renters. Its case will now go before the full membership of the 5th U.S. Circuit Court of Appeals, with 10 of its judges appointed by Republican presidents and just five by Democrats.

Arguments are scheduled for Wednesday in New Orleans.

So far, no court has allowed Farmers Branch to enforce any form of the ordinance. But the appeals court's rare move to hear the case a second time, months after a different three-judge panel ruled against the city, could be a sign that the town might finally get a victory.

The current ordinance, which replaced an earlier 2006 version, would require all renters to obtain a $5 city license and fill out an application that asks about their legal status. Then, the city's building inspector would have to check whether any immigrant applying for a license was in the United States legally. Illegal immigrants would be denied a permit, and landlords who knowingly allow illegal immigrants to stay as tenants could be fined or have their renters' license barred.

The appeals court has directed all sides to focus on the U.S. Supreme Court's June ruling on Arizona's tough immigration law. That ruling rejected major parts of the law, but upheld the so-called "show me your papers" requirement, which gives law enforcement authority to check a person's legal status if officers have reasonable suspicion he or she is in the U.S. illegally.

Farmers Branch's attorneys argue that the city's ordinance is substantially different from Arizona's law and that the Supreme Court didn't act to stop local officials from restricting illegal immigrant renters.

Attorneys for the landlords and renters who originally sued the town believe Farmers Branch is encroaching on legal territory reserved for federal authorities.

A federal district judge ruled against the city two years ago, and a three-judge panel at the 5th Circuit upheld that ruling in March.

The full 5th Circuit is generally considered to be one of the nation's most conservative federal courts. Its decision to hear the Farmers Branch case is rare - fewer than 5 percent of petitions for a full court hearing are granted - though the court rehearing a case doesn't necessarily mean judges intend to reverse an earlier decision.

Based in New Orleans, the 5th Circuit hears cases from Texas, Louisiana and Mississippi, and its rulings are binding in those states only. But other circuit courts are considering laws similar to the one passed by Farmers Branch, and one circuit's opinion can be cited by attorneys elsewhere.

Farmers Branch has spent nearly $6 million on legal bills and expenses related to illegal immigration, according to a town spokesman.