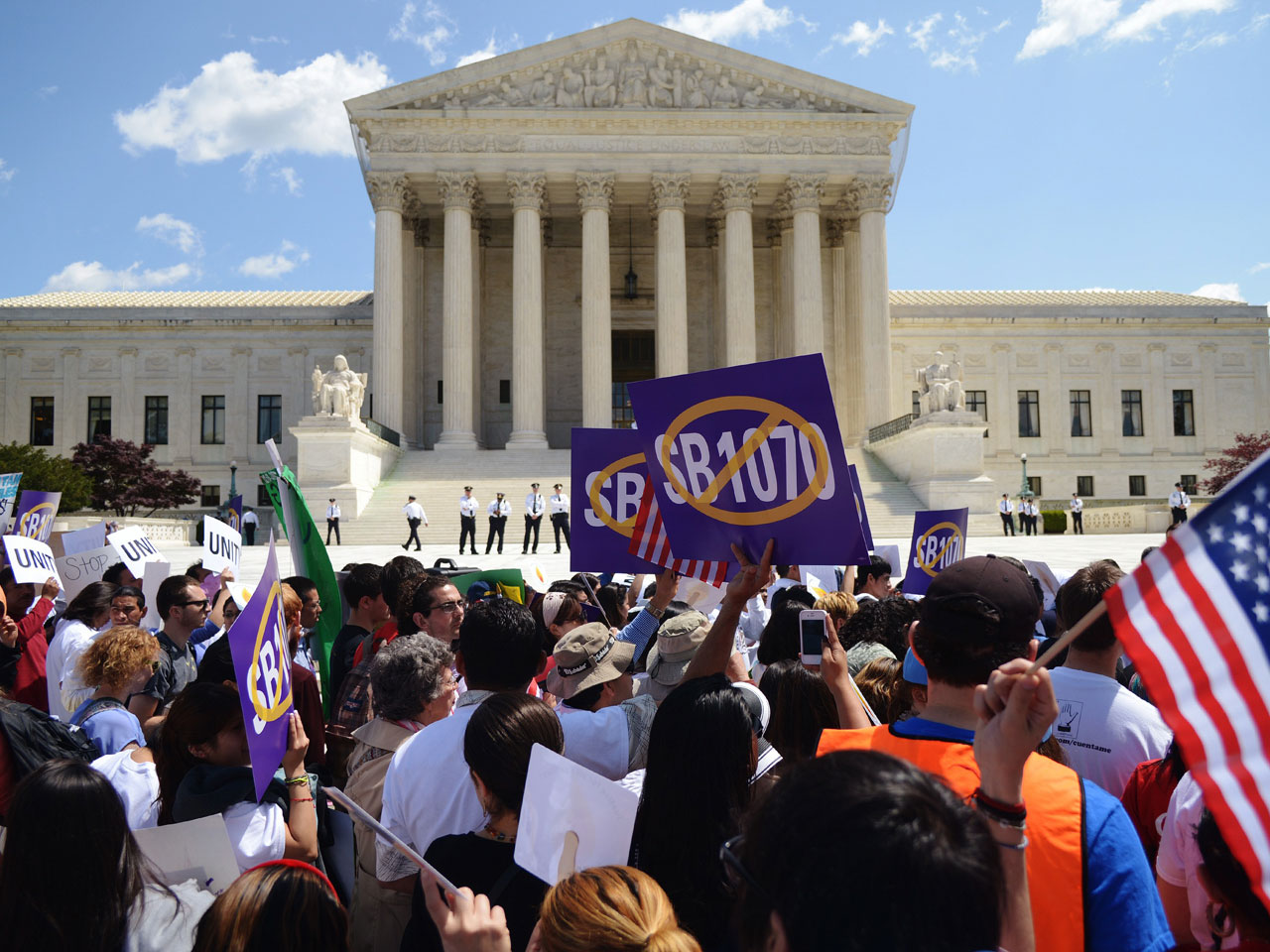 (AP) PHOENIX - A judge has ruled that police in Arizona can immediately start enforcing the most contentious section of the state's immigration law, marking the first time officers can carry out a requirement that officers, while enforcing other laws, can question the immigration status of those suspected of being in the country illegally.

The decision on Tuesday by U.S. District Judge Susan Bolton is the latest milestone in a two-year legal battle over the requirement. It culminated in a U.S. Supreme Court decision in June that upheld the provision on the grounds that it doesn't conflict with federal law.

Opponents who call the requirement the "show me your papers" provision responded to the Supreme Court decision by asking Bolton to block the requirement on different grounds, arguing that it would lead to systematic racial profiling and unreasonably long detentions of Latinos if it's enforced.

Other less controversial parts of the law have been in effect since July 2010, such as minor changes to the state's 2005 immigrant smuggling law and a ban on state and local government agencies from restricting the enforcement of federal immigration law. But those provisions have gotten little, if any, use since they were put into effect.

Arizona's law was passed in 2010 amid voter frustration with the state's role as the busiest illegal entry point into the country. Five states -- Alabama, Georgia, Indiana, South Carolina and Utah -- have adopted variations on Arizona's law.

Despite the decision that lets Arizona's questioning requirement take effect, some backers of the law questioned the level of cooperation they will get from federal immigration agents, who will be called to verify people's immigration status and be responsible for picking up illegal immigrants from local officers.

Federal immigration officers have said they will help, but only if doing so conforms to their priorities, including catching repeat violators and identifying and removing those who threaten public safety and national security.

If federal agents decline to pick up illegal immigrants, local officers in some cases will likely have to let them go unless they're suspected of committing a crime that would require them to be brought to jail.

To the supporters of Arizona's law, the questioning requirement was the most salient part of the statute, whose stated purpose was to make attrition through enforcement the state's immigration policy. Immigrant rights groups believe the requirement presented the most opportunities for civil rights abuses.

Among the opponents of the law was the Obama administration, which filed a challenge that led to the most controversial parts of the statute being put on hold.

Gov. Jan Brewer, who signed the measure into law, appealed the ruling, lost at the 9th Circuit Court of Appeals and took her case to the Supreme Court. The Obama administration failed to persuade the nation's highest court to strike down the questioning requirement on the argument that federal law trumps the state law.

A coalition of civil rights, religious and business groups then asked Bolton in July to prevent police from enforcing the questioning requirement. They offered different reasons in trying to put the brakes on the provision.

This time, the opponents sought to block the provision by arguing that Latinos in Arizona would face systematic racial profiling and unreasonably long detentions if that section is enforced.

Lawyers for Brewer urged the judge to let the requirement go into effect. They argued that the law's opponents were merely speculating in their racial profiling claims, that police have received training to avoid discriminatory practices and that officers must have "reasonable suspicion" that a person is in the country illegally to trigger the requirement.