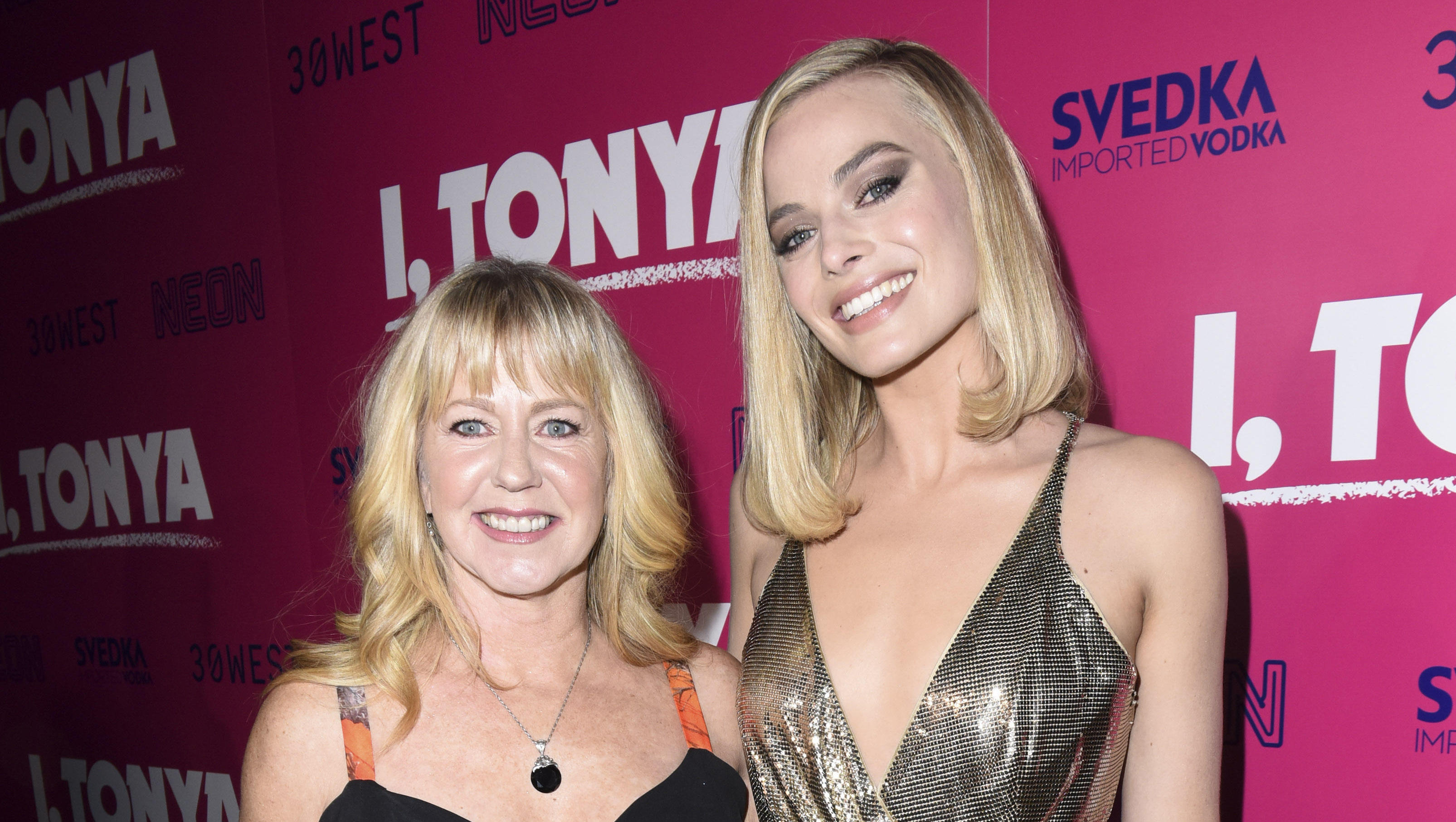 Tonya Harding and Margot Robbie, who plays her on screen, were all smiles at the Los Angeles premiere of "I, Tonya," the buzzy dark comedy that is based on Harding's life and her involvement in one of the biggest scandals in the history of American sports. Harding joined Robbie and the rest of the film's cast on the red carpet.

A source told ET that Robbie ran back onto the red carpet just to take photos with Harding, who teared up when she saw Robbie. Inside the premiere, Harding also posed for photos with Allison Janney, who plays her mother in the film, and Sebastian Stan. Janney, who wore a red dress with gold embellishments, told ET she wanted to bring gold to the premiere with her dress since Harding never got a gold medal at the Olympics.

Last month, Robbie admitted to ET that it was "scary" playing a real-life person whose story once dominated the headlines.

"Everyone has a recollection of what they think happened, and it's kind of fun and interesting to show a different side of that story and maybe a side to Tonya that people weren't expecting to see," she said. Robbie also said that she consulted with Harding on how to work out for her role.

She said, "I was like, 'I've been working on my legs. I'm trying to get stronger in my legs.' She's like, 'Forget that, worry about your core strength.' I was like, 'OK, I'll do more sit-ups.'" Robbie said she did 100 sit-ups a day to prepare for the film.

Harding's career as a figure skater came to an end after she conspired with her ex-husband and bodyguard to break fellow American skater Nancy Kerrigan's legs ahead of the 1994 Winter Olympics. Kerrigan was clubbed in the knee but recovered, and ended up taking home the silver medal at the Olympics. Harding was banned for life from the U.S. Figure Skating Association.