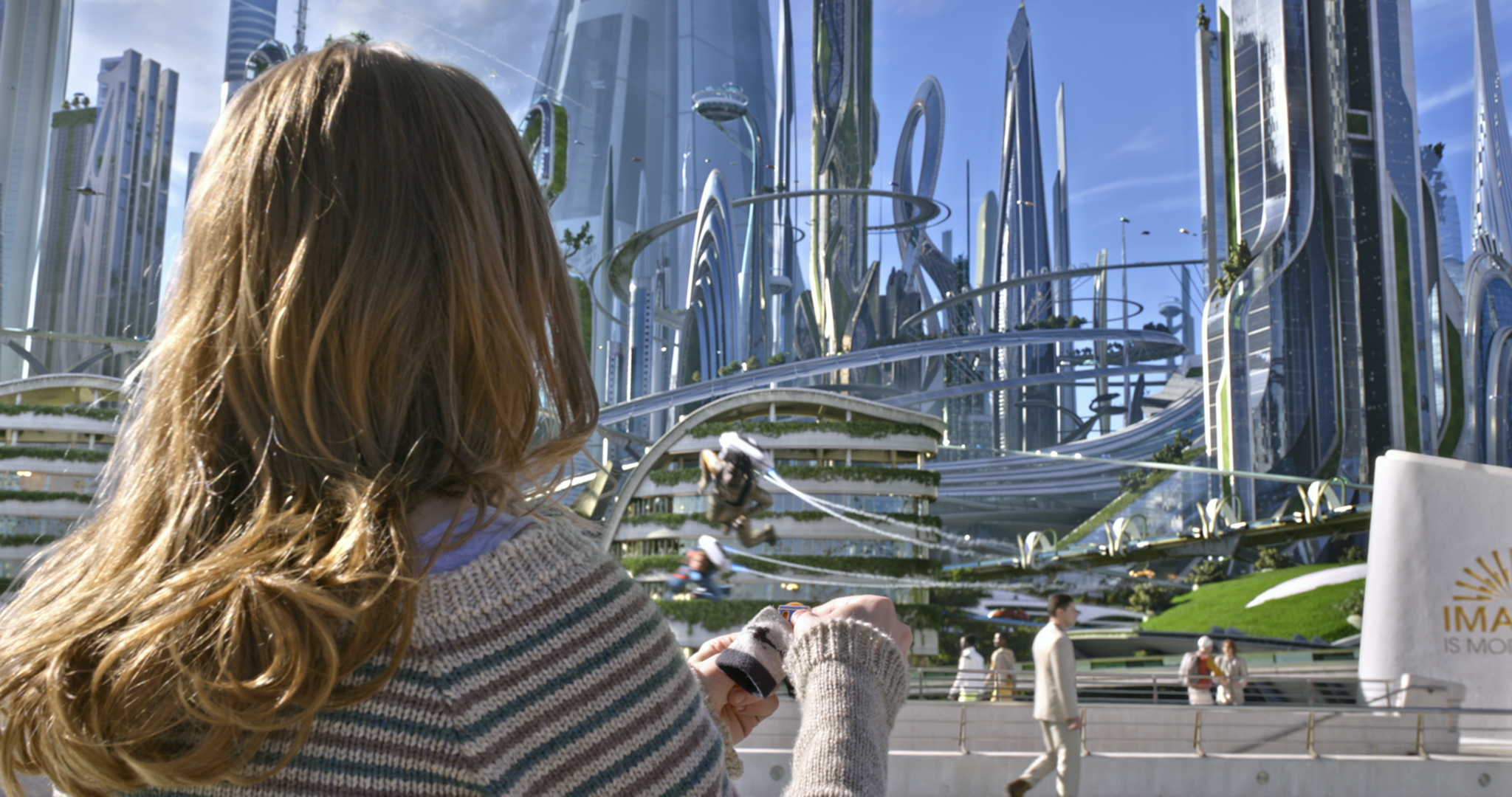 The future doesn't look so bright for "Tomorrowland."

Disney's expensive fantasy adventure essentially had Memorial Day weekend to itself, and still only pulled in a modest $41.7 million in its first four days in theaters according to Rentrak estimates on Monday.

It's a disappointing debut for a film that cost a reported $180 million to produce. Disney put their full weight behind the Brad Bird-directed film with an ambitious George Clooney-led promotional campaign.

"It's not ever ideal to be below your estimate before the weekend starts, but it feels like it's too early to judge the run," said Disney's Distribution EVP Dave Hollis.

Going into the weekend, tracking put the film in the $40 to $50 million range. And yet, he said, this is the gamble that studios must take when trying to introduce an original film to the marketplace.

Hollis noted that "Tomorrowland" will be one of the only PG-rated family films in theaters until Disney and Pixar's "Inside Out" opens on June 19, which could be promising for its longevity -- especially considering that many schools have yet to close for the summer.

"We are optimistic that originality and the vision that Brad Bird put on the screen is something that people will find and evangelize and hopefully get other folks to show up," said Hollis.

Rentrak's Senior Media Analyst Paul Dergarabedian said that the mystery behind "Tomorrowland's" plot might have hurt the film.

"When audiences are spending their hard earned cash on a blockbuster or tent-pole movie, they kind of want to know what they're getting going in, for better or worse," he said.

"I think for our filmmakers, who had set out not to just remake a classic but to introduce a new generation of fans to the genre, it was very successful," said Fox's domestic distribution chief Chris Aronson.

Audiences for the PG-13 rated film were 59 percent under the age of 25.

Overall, though, there wasn't much to celebrate over this holiday weekend. Memorial Day weekends are usually reserved for high-earning franchise fare.

The past two years saw the over $100 million debuts of "X-Men: Days of Future Past" and "Fast & Furious 6." When box office totals are finalized on Tuesday, this could prove to be one of the worst performing in recent years.

"The industry went into this weekend knowing we weren't going to break any records," said Dergarabedian. "This is more of a case of audiences, somewhat, turning their back on original content when it comes to big blockbusters."

But, hope is certainly not lost for a banner 2015 at the box office, with more surefire blockbusters like "Jurassic World" and "Mission: Impossible-Rogue Nation" yet to open.

"Summer is not going to be a bummer this year. This is a bump in the box office road," said Dergarabedian.