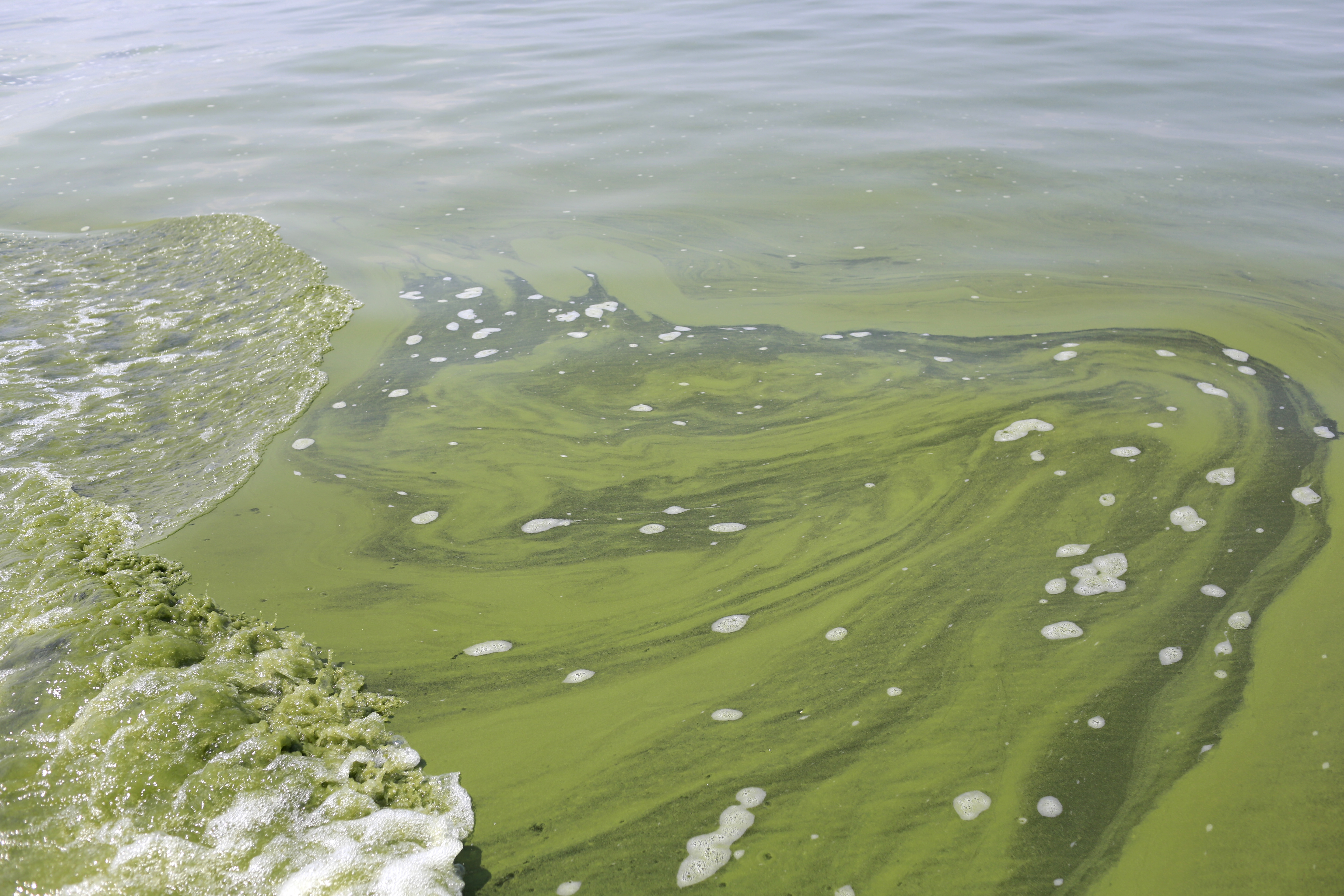 Water plant operators along western Lake Erie have long been worried about this very scenario as a growing number of algae blooms have turned the water into a pea soup color in recent summers, leaving behind toxins that can sicken people and kill pets.

In fact, the problems on the shallowest of the five Great Lakes brought on by farm runoff and sludge from sewage treatment plants have been building for more than a decade.

While residents around Ohio's fourth-largest city were being told to avoid drinking tap water for a second day, discussion began to center around how to stop the pollutants fouling the lake that supplies drinking water for 11 million people.

"People are finally waking up to the fact that this is not acceptable," Toledo Mayor D. Michael Collins said.

City and state officials monitoring the water were waiting for a new set of samples to be analyzed Sunday before determining whether the water was safe.

"This is not over yet," said Collins, who said some samples have showed decreased levels of toxins in the water.

Toledo officials warned residents not to use city water early Saturday after tests at one treatment plant showed readings for microcystin above the standard for consumption, most likely because of the algae.

CBS News correspondent Mark Albert reported microcystin is a toxin that comes from algae that grows naturally in lakes and ponds. When ingested it can cause multiple illnesses and even affect the liver. Boiling the water is useless and could make it more toxic.

Drinking the water could cause vomiting, cramps and rashes. Health officials advised children and those with weak immune systems to avoid showering or bathing in the water.

When the water supply becomes safe again, residents around the Toledo area will have to flush the water out of their homes to get rid of contaminants, according to CBS News affiliate WTOL.

Worried residents told not to drink, brush their teeth or wash dishes with the water descended on truckloads of bottled water delivered from across the state as the governor declared a state of emergency. The Ohio National Guard was using water purification systems to produce drinkable water.

Some hospitals canceled elective surgeries and were sending surgical equipment that needed sterilized to facilities outside the water emergency, said Bryan Biggie, disaster coordinator for ProMedica hospitals in Toledo.

The bloom was much smaller than in past years and isn't expected to peak until early September. But instead of being pushed out to the middle of the lake, winds and waves drove the algae toward the shore, he said.

"Weather conditions made it such that bloom was going right into the water intakes," said Reutter, who has been studying the lake since the 1970s, when it was severely polluted.

Researchers largely blame the algae's resurgence on manure and chemical fertilizer from farms that wash into the lake along with sewage treatment plants. Leaky septic tanks and stormwater drains have contributed, too. Combined, they flush huge amounts of phosphorus into the lake.

Environmental groups and water researchers have been calling on Ohio and other states in the Great Lakes region to drastically reduce the amount of phosphorus flowing into the lake. Ohio lawmakers this past spring took a step toward tackling the algae problem when they enacted a law requiring most farmers to undergo training before they use commercial fertilizers on their fields.

But they have stopped short of mandating restrictions on farmers.

The crisis is the second high-profile water contamination this year, Albert reported. In January 300,000 West Virginia residents could not use their water for 10 days after a chemical spill

The International Joint Commission, an advisory agency made up of Canadian and U.S. officials, said last year urgent steps are needed to reduce phosphorus applied to fields, suggesting among other things that states ban the spread of manure on frozen or snow-covered ground.

That report came after a state task force in Ohio called for a 40 percent reduction in all forms of phosphorus going into the lake.

Agriculture industry groups have been asking farmers for more than a year to reduce phosphorus runoff before government regulators step in.

"We're clearly showing progress," Reutter said. "You have to decide for yourself whether you think it's fast enough."