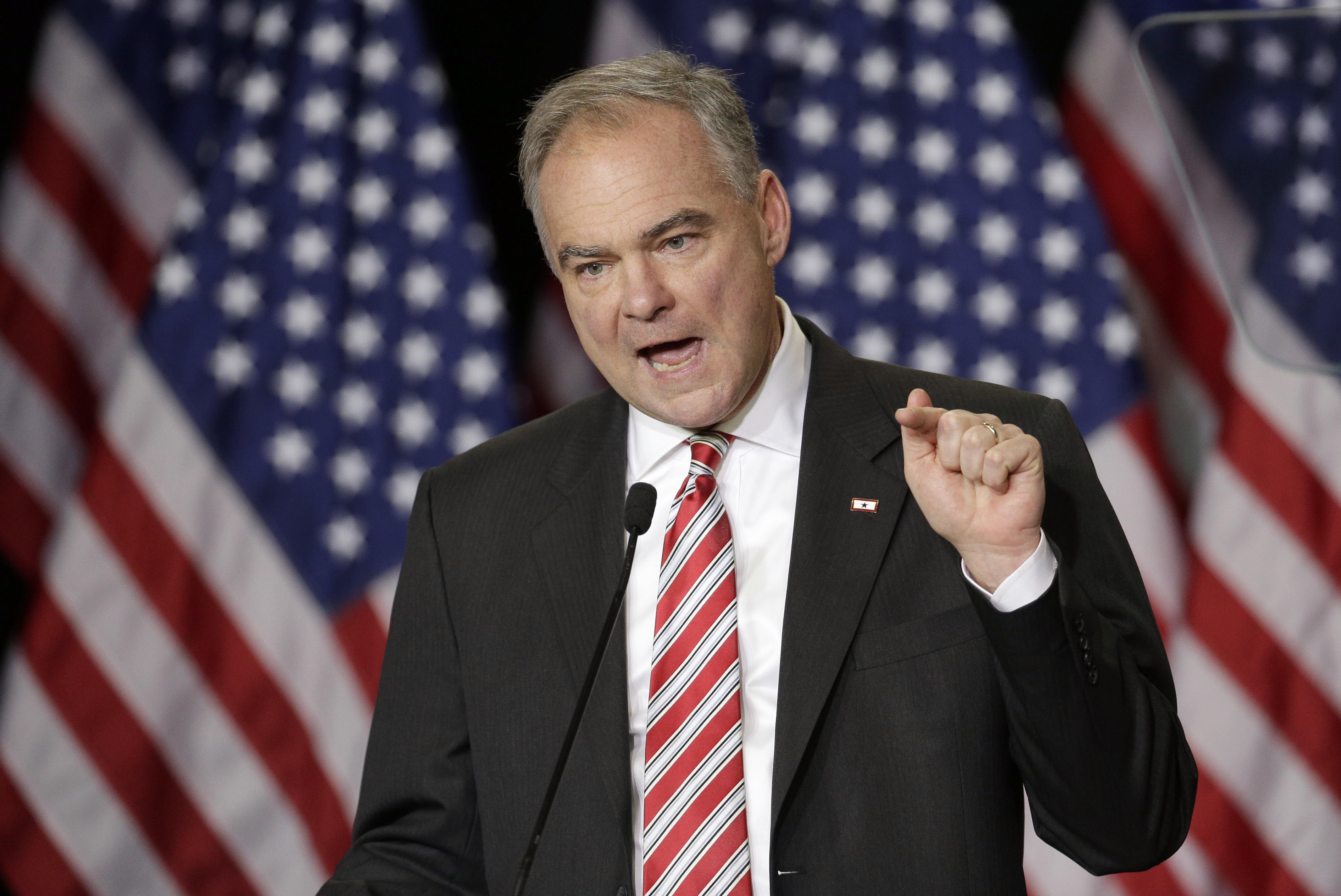 Tim Kaine, the Democratic party’s vice presidential nominee, isn’t letting a targeted threat by WikiLeaks bother him, even as the document-hosting website has ominously promised a forthcoming leak that would hurt the Virginia senator.

WikiLeaks tweeted Thursday that the group has a “suprise [sic] in store” for Kaine and the Democratic National Committee interim chair Donna Brazile.

And the website hasn’t let up on Kaine over the weekend, taking to Twitter on Sunday shortly after the veep nominee discussed the WikiLeaks document dumps on NBC’s “Meet the Press.”

Kaine, for his part, has shrugged off the threat, telling the Associated Press in an interview Saturday that he had nothing to be “overly embarrassed about” and that he was just a “regular human being.”

Discussing any potentially nasty emails he may have written, Kaine said, “I would say it would not be my norm. I do have a temper so, I mean, I imagine I’ve got an email or two out there that people might find unusual.” But of past emails -- like the thousands that were made public after he finished his term as Virginia governor -- Kaine said there was nothing that embarrassed him.

For more than two weeks, WikiLeaks has published hundreds of documents from Clinton campaign chair John Podesta’s hacked personal account, shedding light on the inner workings of Hillary Clinton’s campaign and unearthing transcripts from three speeches Clinton made to Goldman Sachs in 2013. Meanwhile, the Clinton campaign, which has joined the chorus of intelligence agencies pinning the hacks on Russian actors, refuses to authenticate any specific emails.

On “Meet the Press,” Kaine also cautioned that the motive for the WikiLeaks releases made the documents untrustworthy.

“These are connected to a Russian government propaganda effort to destabilize the election, to affect the outcome of the election,” Kaine said Sunday. “The motive for them is very, very important for Americans to understand because this is near historic. And then the one that has referred to me was flat-out completely incorrect.”

“I don’t know whether it was doctored or whether the person sending it didn’t know what they were talking about,” he said. “But, clearly, I think there’s a capacity for much of the information in them to be wrong.”