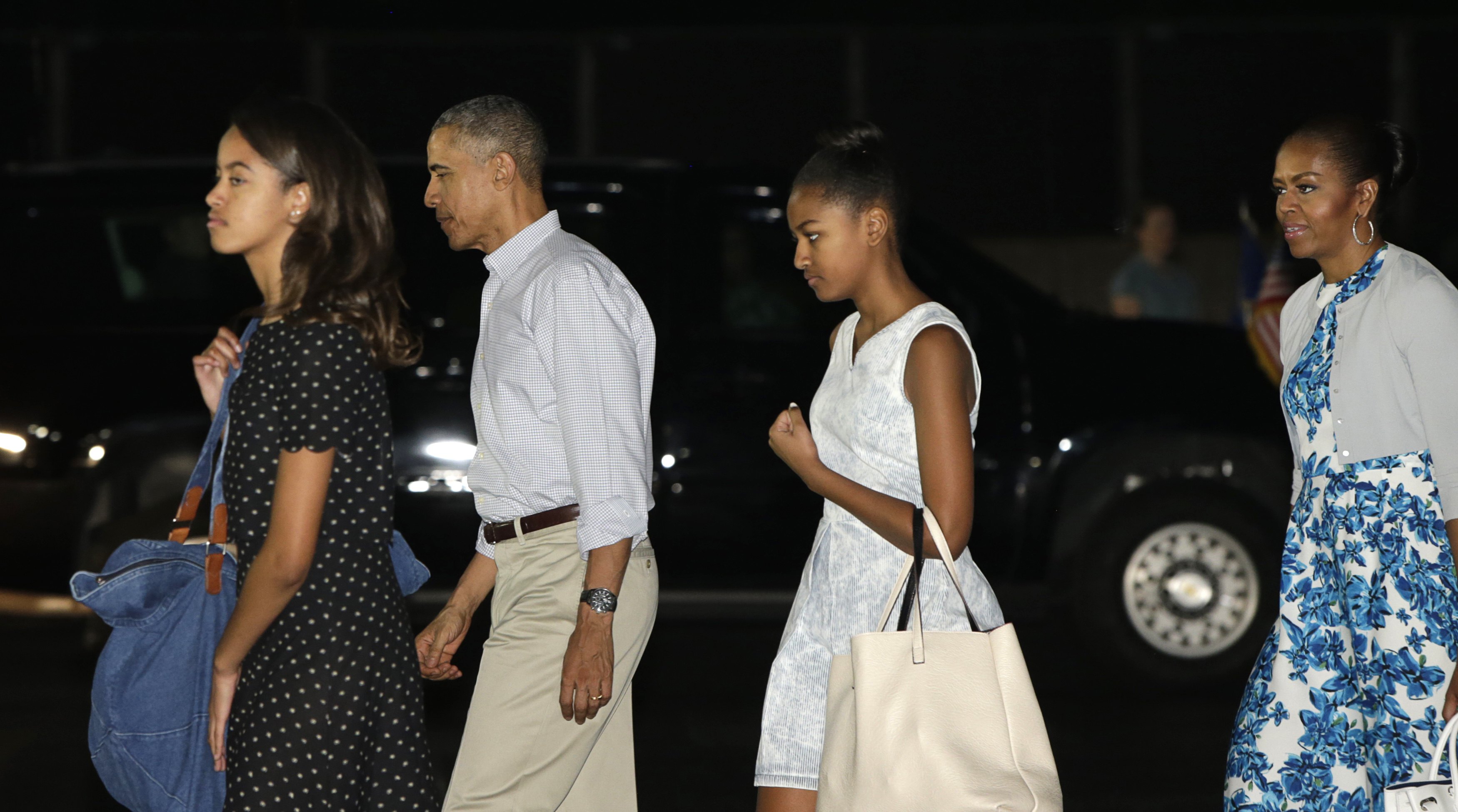 President Obama arrived in Hawaii late Friday evening for a two-week vacation to Hawaii, an annual tradition for the first family. Mr. Obama was looking forward to the chance to rest and relax with his wife, Michelle, daughters Sasha and Malia, and dogs Bo and Sunny, even if he can never fully be away from his responsibilities as commander in chief.

Here are three things to know about the president's vacation:

The president is a creature of habit

The First Family has rented the same house in Kailua, a neighborhood on the island of Oahu about a 30-minute drive from Honolulu, for several years. Regular family outings include hikes, snorkeling in the Hanauma Bay Nature Preserve, and trips to Island Snow for shave ice, the local version of a snow cone. The family dines at local hot spots like Alan Wong's Restaurant, Morimoto and Nobu in Waikiki.

The president himself usually works out in the mornings at the Marine Corps Base in Hawaii and spends several days playing golf with a rotating group of friends that often includes friends Bobby Titcomb, Marty Nesbitt and Eric Whitaker. In fact, the most variation in his vacation may come from the list of courses where he plays: in 2013, that included the Marine Corps Base, the Royal Hawaiian Golf Club, the Kaneohe Bay golf course and the Mid Pacific Country Club.

"Like most Americans, the president knows what he likes in his own hometown," former Obama spokesman Bill Burton said in 2010, when it was already apparent the president had settled into a vacation routine. "He's been going to a lot of these places since he was a very young child and they hold an important place in his life."

Just as winters are typically reserved for Hawaii, the summers follow a familiar pattern: the president and his family vacation in Martha's Vineyard.

This is Mr. Obama's sixth trip to Hawaii in office

President Obama has spent all or part of 159 days in office on vacation, according to CBS News White House Correspondent Mark Knoller. This is the president's sixth trip to Hawaii in as many years of his presidency.

President George W. Bush, by comparison, did more of his travel in the continental U.S.,and at the same point in his presidency, he had spent all or part of 405 days at his Texas ranch in Crawford over the course of 62 different visits.

Both men would also often take weekend retreats to Camp David in northern Maryland. Mr. Obama has made 35 visits to the camp, spending all or part of 86 days there, and Mr. Bush spent all or part of 364 days there over the course of 115 visits, according to Knoller.

Mr. Obama isn't the first president to vacation in Hawaii. Former President Bill Clinton traveled there in 1993, though he cut the vacation short to inspect flooding damage in the Midwest.

Since Mr. Obama left for Hawaii Friday, there's already been news significant enough to warrant a presidential statement: the killing of two New York Police Department officers by a gunman Saturday. The president issued a statement saying he condemned their murder, and he spoke with New York City Police Commissioner William Bratton Sunday to express his condolences and offer support.

Presidential vacations are often interrupted by news--it's usually just a matter of how significant that news is.

Mr. Obama got that lesson early on in his presidency when his very first Christmas vacation to Hawaii as president was partially consumed by the news that a 23-year-old Nigerian man, Umar Farouk Abdulmutallab, had attempted to blow up a Northwest Airlines flight bound for Detroit. Mr. Obama delivered two televised statements from Hawaii, first to reassure the nation of his commitment to keep America safe, and a day later to acknowledge that there were "serious concerns" about the intelligence and security failures that led to the attempt.

During that crisis, he stayed in Hawaii. In December 2012, that wasn't possible: with congressional negotiators at an impasse over the so-called fiscal cliff. The combination of automatic budget cuts and tax increases that would have taken effect January 1, 2013 spurred predictions of recession, so Mr. Obama had to fly home to Washington to push members of Congress toward an agreement.

With Congress adjourned for the year, there won't be any congressional crises to interrupt the presidential vacation. But national security incidents and other issues can often pull the president back into work.

While he was on vacation in Martha's Vineyard this summer, Mr. Obama addressed the nation regarding the fight against the Islamic State of Iraq and Syria (ISIS) three times and protests in Ferguson, Missouri twice. He also spoke after ISIS beheaded American journalist James Foley.