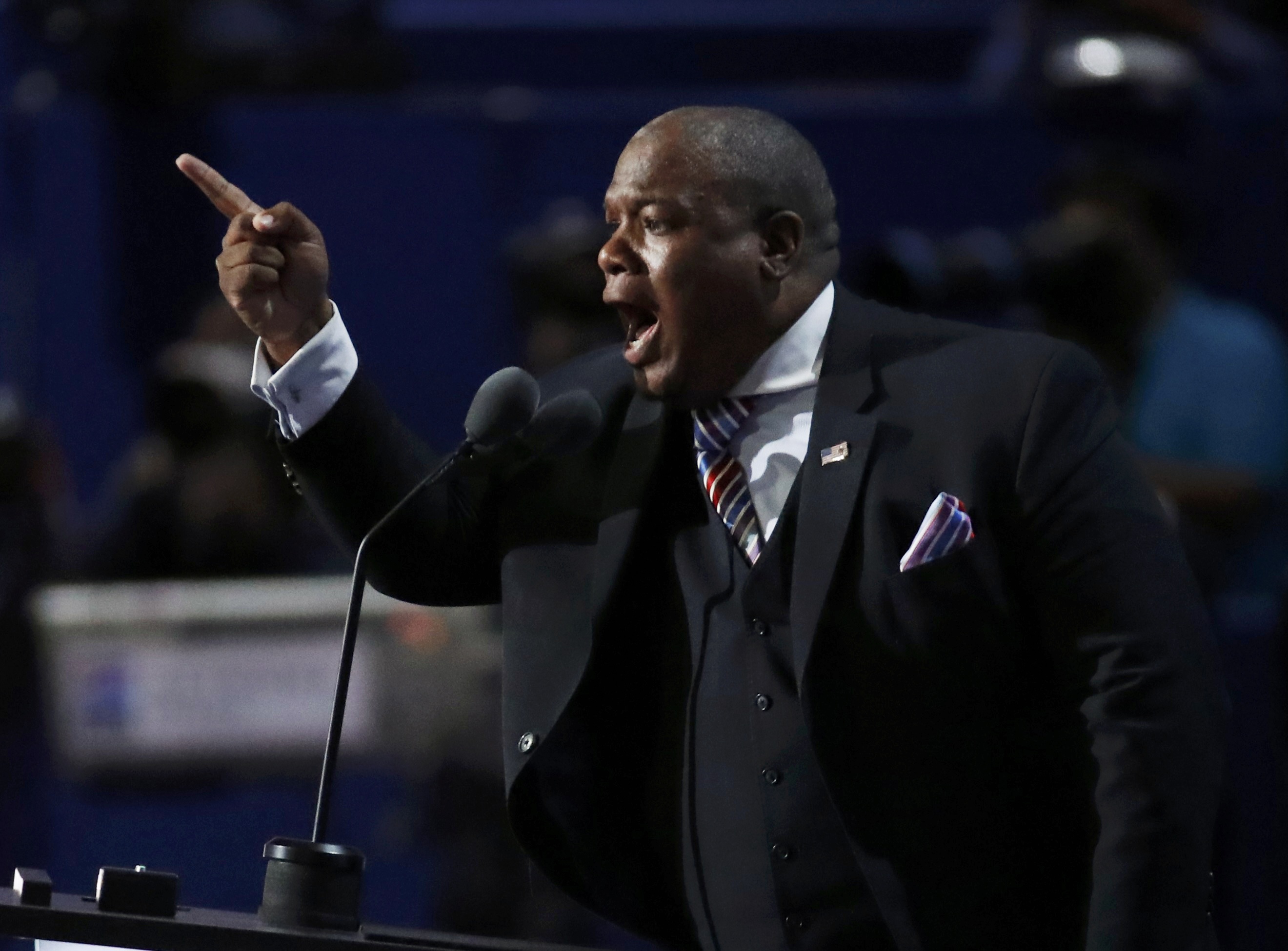 A top African-American adviser to Donald Trump is apologizing for posting a racially offensive cartoon of Hillary Clinton on Twitter, undercutting any serious effort by the Trump campaign to appeal to black voters. Pastor Mark Burns deleted the tweet, apologizing for the imagery, but not the message.

Donald Trump’s campaign aides say he still has time to turn things around from the sustained deficit in national and swing-state polling. If history is any precedent, though, it might be tough; no candidate in recent history has faced the kind of polling deficit Trump has at this point in the race and gone on to win.

Misinformation caused confusion and chaos during recent security scares at two of country’s busiest international airports, raising questions about safety in the face of public panic. With the U.S. Open set to draw thousands to New York, we look at plans to maintain order in the event of a security incident.

Brock Turner, the former Stanford University swimmer convicted of sexual assault, is set to be released from jail this week. He was sentenced in June to six months in prison, but will get out three months early. The case drew calls for the judge’s removal, but he’s found support among California law professors.

In a pattern that goes back decades, the vast majority of U.S. workers have seen only weak growth in their pay over the years. Various factors account for America’s stagnant wages, but some experts think one cause deserves closer attention: the decline of organized labor.

Brexit. Slumping corporate profits. A slowdown in China. The stock market has had many reasons to head south over the last year, but it has remained resilient. Even with the Federal Reserve hinting at a hike in interest rates, some investors are doubling down. Can the historically long bull market continue?

Instead of fighting ISIS, 2 U.S. allies fighting each other

Poll shows Clinton ahead of Trump nationally by 7 points

Should you buy a historic home? 6 owners share the pros and cons

“Do-it-yourself” EpiPen alternative may be risky

Tale of Obamas’ romance rakes in $3M at box offices