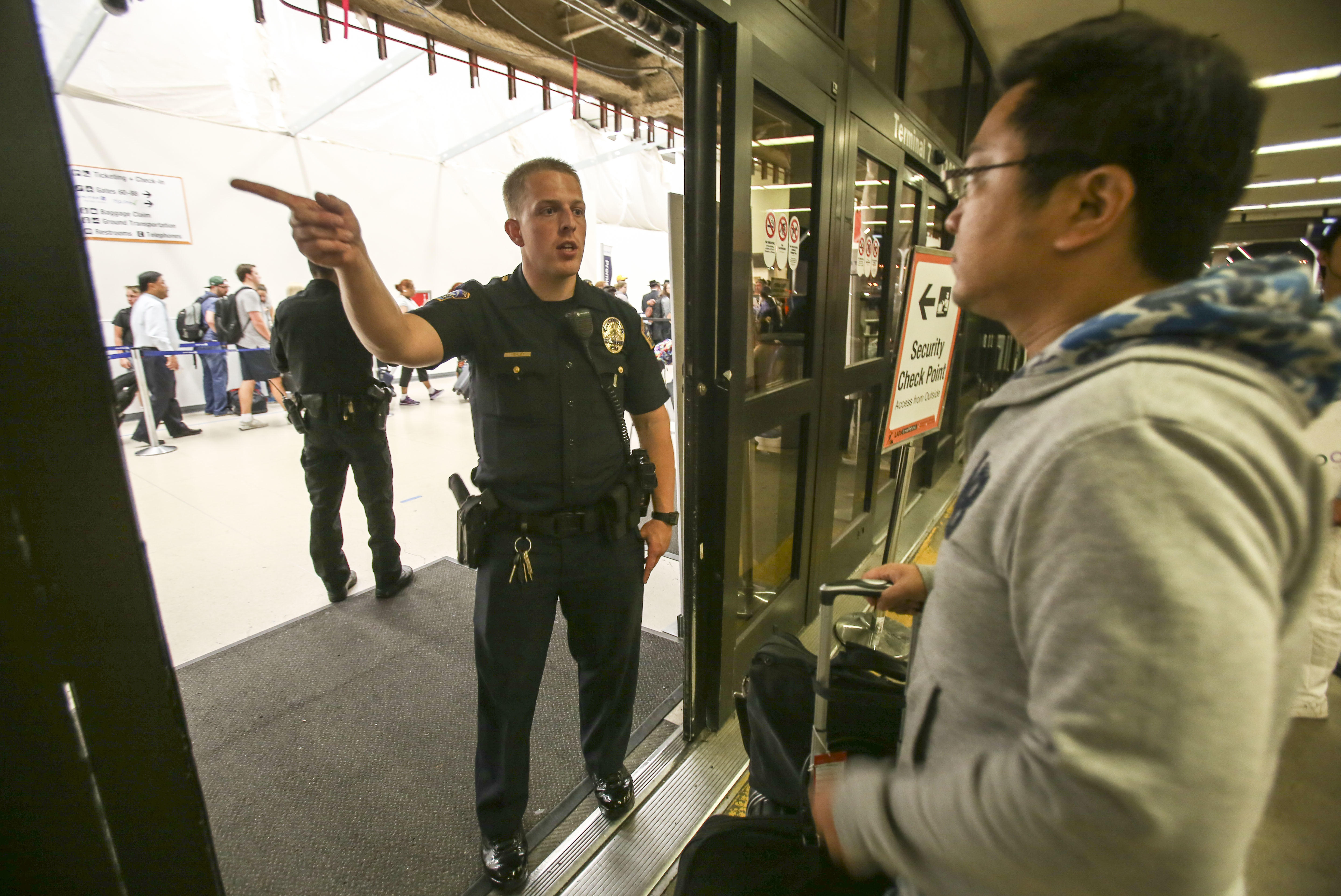 Recent security scares at two of the largest U.S. international airports are raising questions about safety in the face of public panic.

“I was on the jet bridge and everyone was trampling down the runway when the heard reports of the shooting,” one passenger said.

The scare caused the evacuation of several terminals and delayed nearly 300 flights.

“We heard shots, and then everybody just pushed their way in,” one witness said.

Both incidents were discovered to be triggered by apparent loud noises.

Security experts say the frequency of recent attacks in France, Belgium and in Orlando, Florida, have the general population on edge.

“People are reacting because they understand the more quickly they react, they’ve heard this over and over again, their survival may depend on it. So I think what you’re seeing is reaction both to past news events, potential terror attacks and kind of the natural human response of fight or flight,” CBS News senior national security analyst Fran Townsend said.

Hundreds of federal and local police, as well as private security officials, have all been assigned to protect tournament crowds. Layers of protection have been installed, including screening checkpoints, roadblocks and reinforced fencing. U.S. Open security director Michael Rodriguez said organization is key.

“We have a command center over here. In that command center is NYPD, FDNY, a security company, medical services. So we have a way of getting all of our communication into one location,” Rodriguez said.

Even so, Rodriguez said there’s no silver-bullet solution to controlling the hordes of fans.

“No matter what we do to mitigate risk from the threat out there, we’re always going to have crowds at our events,” he said. “Crowd management is never going away. … So that’s the thing we constantly, constantly need to work on.”

Rodriguez said another concern is patrolling those so-called “soft targets,” the area before the security screenings. He said the FBI and counter-terrorism teams have been focusing on how to keep those areas safe at the U.S. Open. The U.S. Army has also been asked to help the event’s security effort.