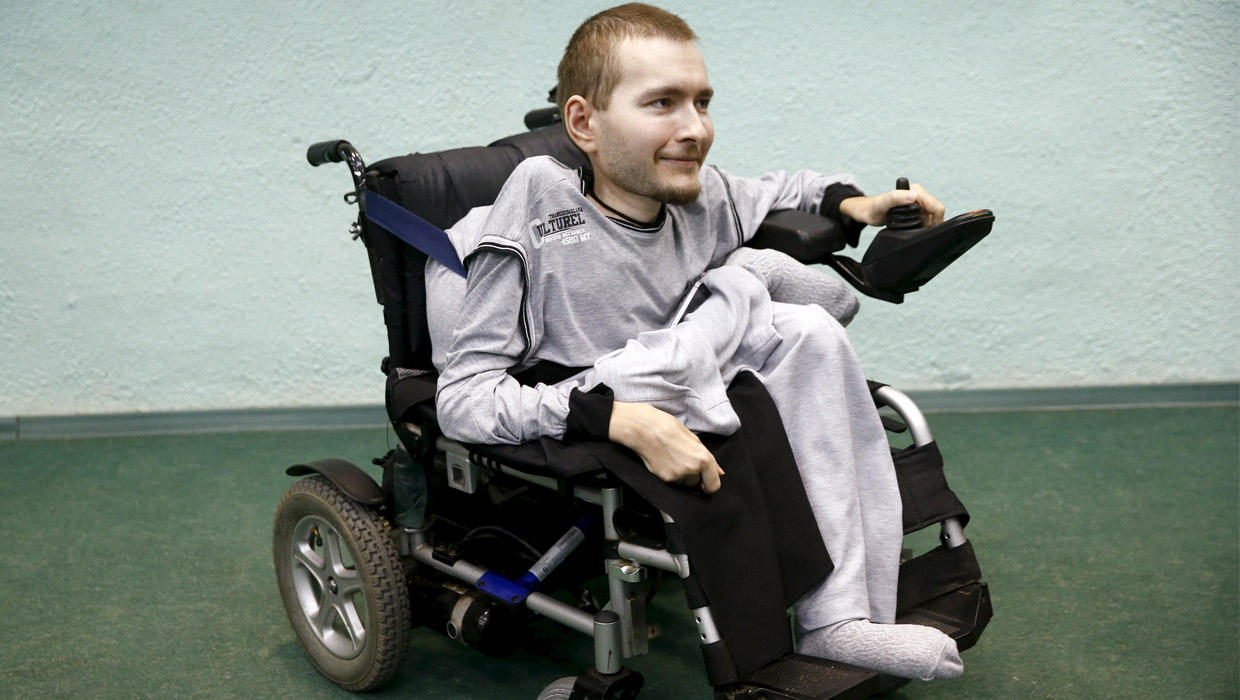 While severing someone’s head and attaching it to another person’s body sounds like something straight out of a science fiction or horror movie, some real-life scientists say they are planning to do just that – as early as next year.

Italian neuroscientist Dr. Sergio Canavero made headlines last year when he announced his plans to perform the first human head transplant in 2017. Since then, he’s recruited Chinese surgeon Dr. Xiaoping Ren to work with him, and now has found a volunteer patient for the procedure: a Russian man named Valery Spiridonov.

Spiridonov suffers from Werdnig-Hoffmann Disease, a rare and often fatal genetic disorder that breaks down muscles and kills nerve cells in the brain and spinal cord that help the body move. Spiridonov is confined to a wheelchair; his limbs are shriveled and his movements essentially limited to feeding himself, typing, and controlling his wheelchair with a joystick.

In its September issue, The Atlantic profiles Spiridonov and the two scientists who hope to perform the experimental – and highly controversial – procedure.

“Removing all the sick parts but the head would do a great job in my case,” Spiridonov told the magazine. “I couldn’t see any other way to treat myself.”

Many scientists have spoken out against Canavero and Ren’s plans, accusing them of promoting junk science and creating false hopes. One critic went so far as to say the scientists should be charged with murder if the patient dies, a very likely outcome.

Canavero has published detailed plans for the procedure, which has been successfully tested in mice, in several papers published in the journal Surgical Neurology International.

First, like with other organ transplants, he and his team would need a suitable donor. This procedure would require a body from a young brain-dead male patient.

Once permission from the family is granted, the surgeons would set the body up for surgical decapitation.

At the same time, Spiridonov would be brought in and another surgical team would cool his body to 50 degrees Fahrenheit. This would delay tissue death in the brain for about an hour, meaning the surgeons would need to work quickly.

Using a transparent diamond blade, they would then remove both patients’ heads from their bodies, ultimately severing their spinal cords at the same time.

A custom-made crane would be used to shift Spiridonov’s head – hanging by Velcro straps – onto the donor body’s neck. The two ends of the spinal cord would then be fused together with a chemical called polyethylene glycol, or PEG, which has been shown to promote regrowth of cells that make up the spinal cord.

The muscles and blood supply from the donor body would then be joined with Spiridonov’s head, and he would be kept in a coma for three to four weeks to prevent movement as he healed. Implanted electrodes would be used to stimulate the spinal cord to strengthen new nerve connections.

Canavero has said the transplant – which would require 80 surgeons and cost tens of millions of dollars if approved – would have a “90 percent plus” chance of success.

Yet many in the scientific community strongly disagree.

“It is both rotten scientifically and lousy ethically,” Arthur Caplan, the head of medical ethics at NYU Langone Medical Center, wrote in an article for Forbes last year.

Dr. Jerry Silver, a neuroscientist at Case Western Reserve whose work on repairing spinal cord injuries was cited by Canavero, told CBS News in 2013 that the proposed transplant is “bad science. This should never happen.”

“Just to do the experiments is unethical,” he added.

Even in the unlikely event that the surgery worked, it raises further, uncharted ethical concerns.

For example, Canavero is presuming that transplanting Spiridonov’s head and brain onto another body would automatically transplant his whole self with his mind, personality, and consciousness. But it’s not that simple, as Anto Cartolovni and Antonio Spagnolo, two Italian bioethicists, pointed out in a letter to Surgical Neurology International after Canavero’s paper was published last year.

“Despite his [Canavero’s] vision, modern cognitive science shows that our cognition is an embodied cognition, in which the body is a real part in the formation of human self,” they write. “Therefore, the person will encounter huge difficulties to incorporate the new body in its already existing body schema and body image that would have strong implications on human identity.”

Furthermore, if Spiridonov were to reproduce with his new body, his children would not have his genetic makeup but that of the donor’s. What kind of rights, then, might the donor’s family have to the offspring?

Finally, Cartolovni and Spagnolo argue that because of the uncertainty of the operation, such a procedure would take away vital donor organs that could have been used for someone else who needed a heart or a liver transplant to save their lives.

If approved, the procedure would likely take place in China or another country outside of Europe or the United States, The Atlantic reports, as it would not be approved in the Western world.