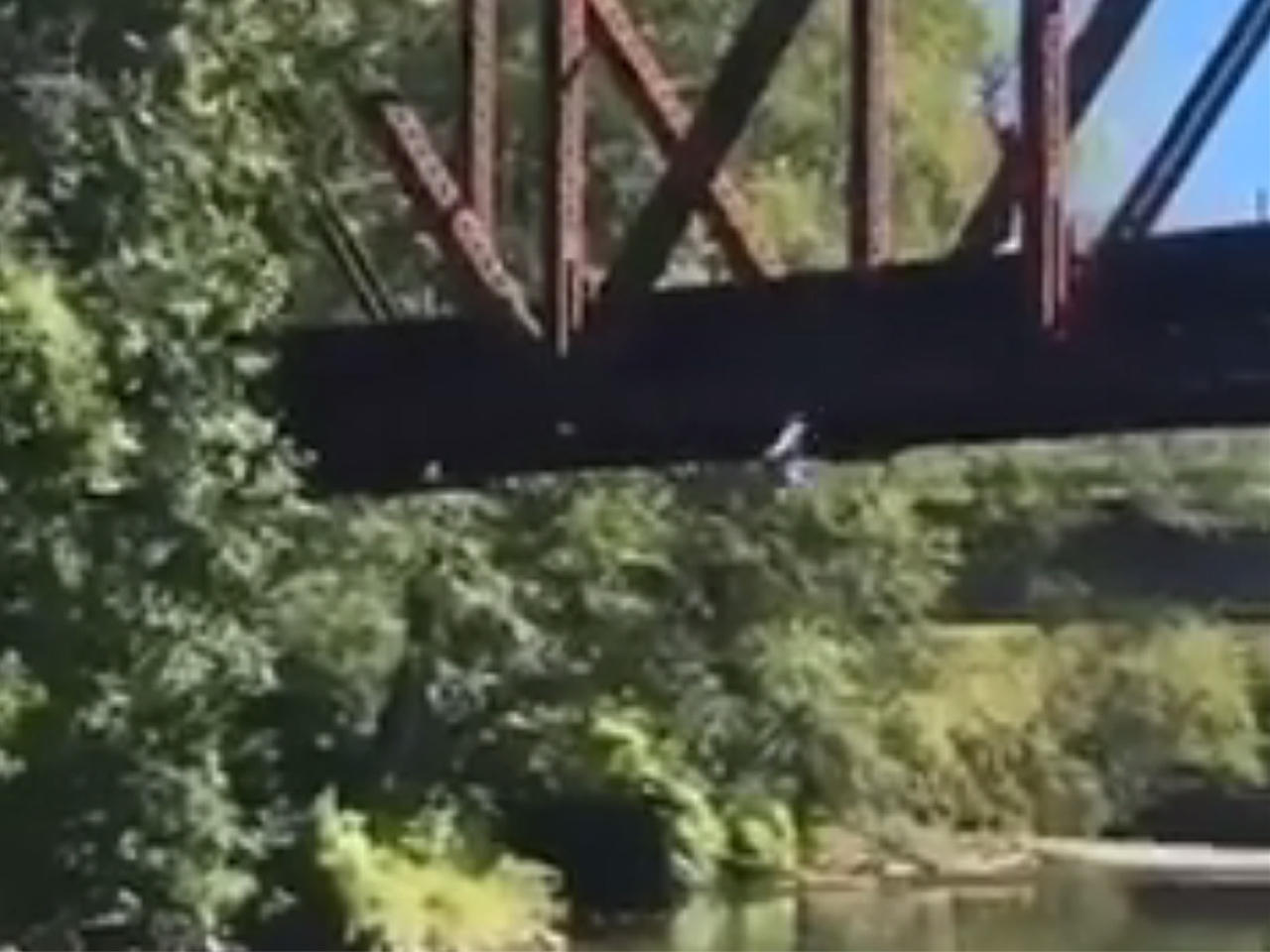 MONTESANO, Wash. -- Authorities are investigating after a young boy was apparently thrown from a railroad bridge about 25 feet into the Wynoochee River west of Olympia.

The Seattle Times reports authorities are looking at reckless endangerment charges for the mother and the 35-year-old man who tossed the 4-year-old last week.

Authorities say the boy was not hurt.

The Washington Post spoke to Kaylub Fawley, who saw the whole thing unfold from the river bank and posted the video of it to his Facebook account, claimed the boy’s mother “was trying to make it seem like the whole incident was fun.”

“This is what happens when some parents just don’t care...this is a woman me and all my friends witnessed letting a “stranger” throw her 4 1/2 year old son of the bridge yesterday into the water for fun!!” Fawley wrote on Facebook.

“We all started freaking out and yelling at her, ‘You can’t do that!’” another witness, Brianna Jones, told the Post. “She said, ‘He’s my kid, and it’s none of your business.’”

Child Protective Services is reportedly involved in the case.