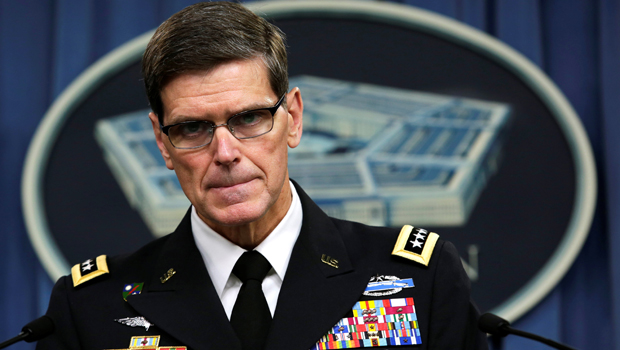 U.S. Central Command is responsible for American security interests in 20 nations, from Egypt through the Arabian Gulf region and into central Asia. CBS News has learned that a hard-hitting report by Congressional Republicans accuses CENTCOM of manipulating or repressing intelligence about the fight against ISIS.

Since he won the GOP primary race, Donald Trump has squandered opportunity after opportunity to hammer Hillary Clinton over her campaign controversies -- forced instead to litigate his own rhetorical missteps. We look at some recent examples of Trump's poorly-timed gaffes, and what they cost him.

The Great Recession may be receding in the rear-view mirror, but the downturn has left many in the U.S. spinning their wheels. Seven year after the crisis officially ended, millions of workers live paycheck to paycheck, survey data show. We look at how many Americans are living close to the financial edge.

CBS News has learned a skydiving instructor involved in a deadly California accident last weekend was not certified by the U.S. Parachute Association. The instructor and 18-year-old Tyler Turner were killed during a tandem jump south of Sacramento. Turner's mother talks to us about the worrying revelation.

The AAA is warning Americans about the risks posed by debris that flies off other vehicles on our roadways. There have been hundreds of thousands of dangerous -- sometimes deadly -- accidents, but can these tragedies be prevented?

Major hotel chains in the U.S. are accusing Expedia, Priceline and other online travel agencies of burying their rooms in their search results in retaliation for their trying to lure consumers away, and it's making it harder for consumers to find the best deals.

Hunt for missing after blast, blaze at Md. apartment building

New figures on how many U.S. adults smoke pot

Former Republican congressman on why he's for Clinton

Depression shadows some families through generations

U.S. gymnasts inspire with more than just their talent