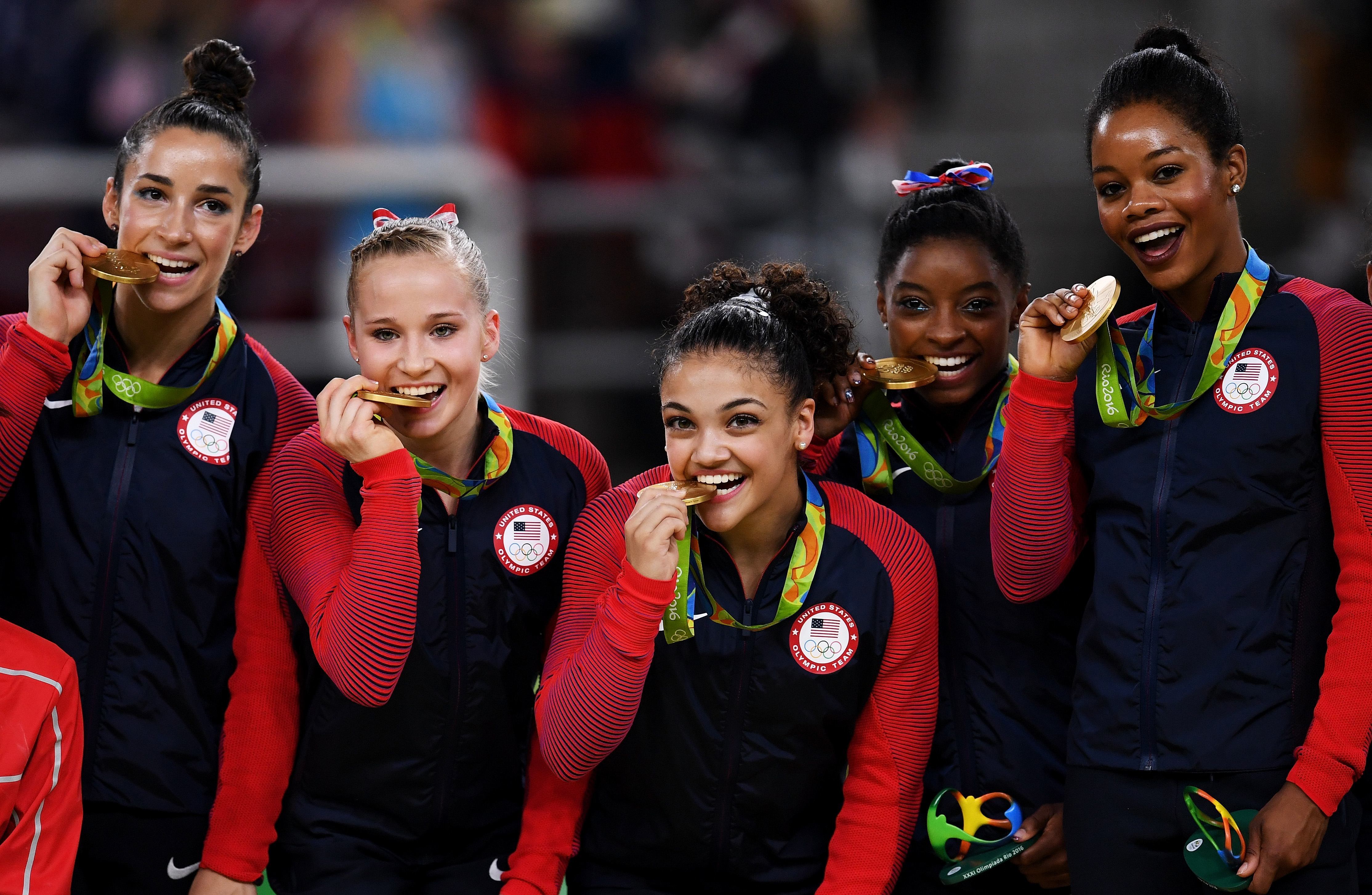 They are quite possibly the brightest stars of the Rio Olympics. They are fierce. They are formidable. And they seem to excel under pressure, already bringing home the prestigious team gold medal. The U.S. women's gymnastics team lives up to the hype.

However, it isn't only their talent, their dominance in the sport of gymnastics, that is catching Americans' eyes. No, the five-person squad -- made up of Simone Biles, Gabby Douglas, Laurie Hernandez, Madison Kocian and Aly Raisman -- is also inspiring women and young girls across the country with its diversity.

First-time Olympian Laurie Hernandez is a 16-year-old New Jersey native of Puerto Rican descent. According to the U.S. gymnastics team website, she says her favorite thing about the sport is "the feeling of flying." And while she isn't the first Latina to compete for Team USA in gymnastics -- Mexican-American Tracee Talavera won a team silver in 1984, and Cuban-born Annia Hatch took home two silver medals for team and vault in 2004 -- Hernandez is only the second gymnast of Puerto Rican descent to represent America in the Games. So, as she captivates people all over the world with her stunning floor routines and fearless performances on the beam, she is simultaneously inspiring young Hispanic-Americans everywhere.

Simone Biles of Texas is one of two African-Americans on the team, and she may very well be the most talented gymnast the sport has ever seen.

The 4-foot-8 athletic giant has already won more world championship medals than any American woman in history, and she's the favorite to win most of the individual events in Rio. So, while the most gold medals a female American gymnast has ever won in a single Games is two, Simone Biles could make history by walking away from her first Olympics with as many as five.

While Biles is arguably stealing the show in Rio, Gabby Douglas became the first African-American woman in history to win the Olympic gymnastics all-around title at the 2012 Games in London. In fact, she made history twice that year, also becoming the first American gymnast (of any ethnicity or gender) to win gold in both the all-around and team competitions. So, it's fair to say Biles and Douglas are both well on their way to leaving the sport of gymnastics better than they found it.

Of course, the sheer presence of two black women on the U.S. women's gymnastics team hasn't been enough to overcome some ugly attitudes and ignorance. Douglas has been the subject of some sexist and yes, racist, commentary on social media. Luckily, there are armies of supportive social media users battling back and ensuring that the focus remains where it rightfully should: her athletic prowess.

Team captain Aly Raisman of Massachusetts, the reigning gold medalist in the floor competition who also now holds two gold medals for consecutive team wins, is Jewish. And if Twitter is any indication, she is fast becoming a role model for girls across America.

Nineteen-year-old Texas native Madison Kocian is a standout on the uneven bars. She helped the U.S. women to team titles at the last two world championships and is competing in her first Olympics.

Why is diversity in the sport such an issue? In 2007, Steve Penny, the President of USA Gymnastics, initiated a diversity study to "determine minority participation levels within the member clubs" across the United States. What they found is that an overwhelming 74.46 percent of the amateur athletes participating in the sport identified as caucasian. In contrast, only 6.6 percent of the athletes surveyed were African-American, and only 3.63 percent were Hispanic.

So, while there's still a long way to go in achieving equal representation in traditionally white sports like gymnastics, if Team USA is any indication, we're at least taking some very important handsprings in the right direction.