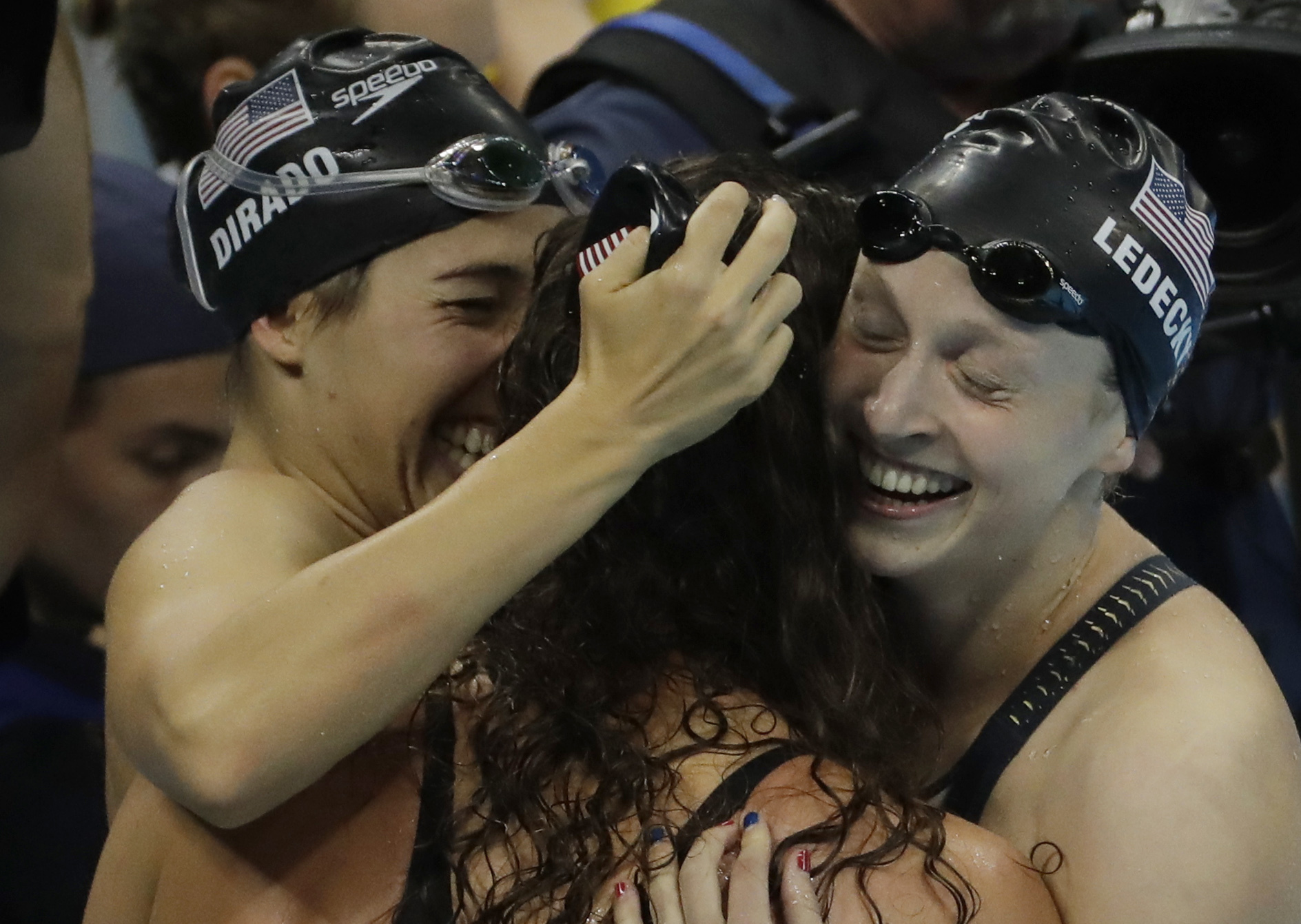 RIO DE JANEIRO -- Katie Ledecky was the fastest swimmer in the pool, and she brought her American teammates along for the ride.

The 19-year-old turned in another overpowering performance to carry the United States to victory in the 4x200-meter freestyle relay late Wednesday, capturing her third gold and fourth medal overall at the Rio Olympics.

The U.S. trailed through the first three legs of the race, as Sweden, China and then Australia swapped the top spot.

Then, it was Ledecky's turn on the anchor leg.

She blew everyone else away.

Only one other swimmer in the race, Australia's Emma McKeon, got within a second of Ledecky.

The Australians settled for silver, and Canada took the bronze.