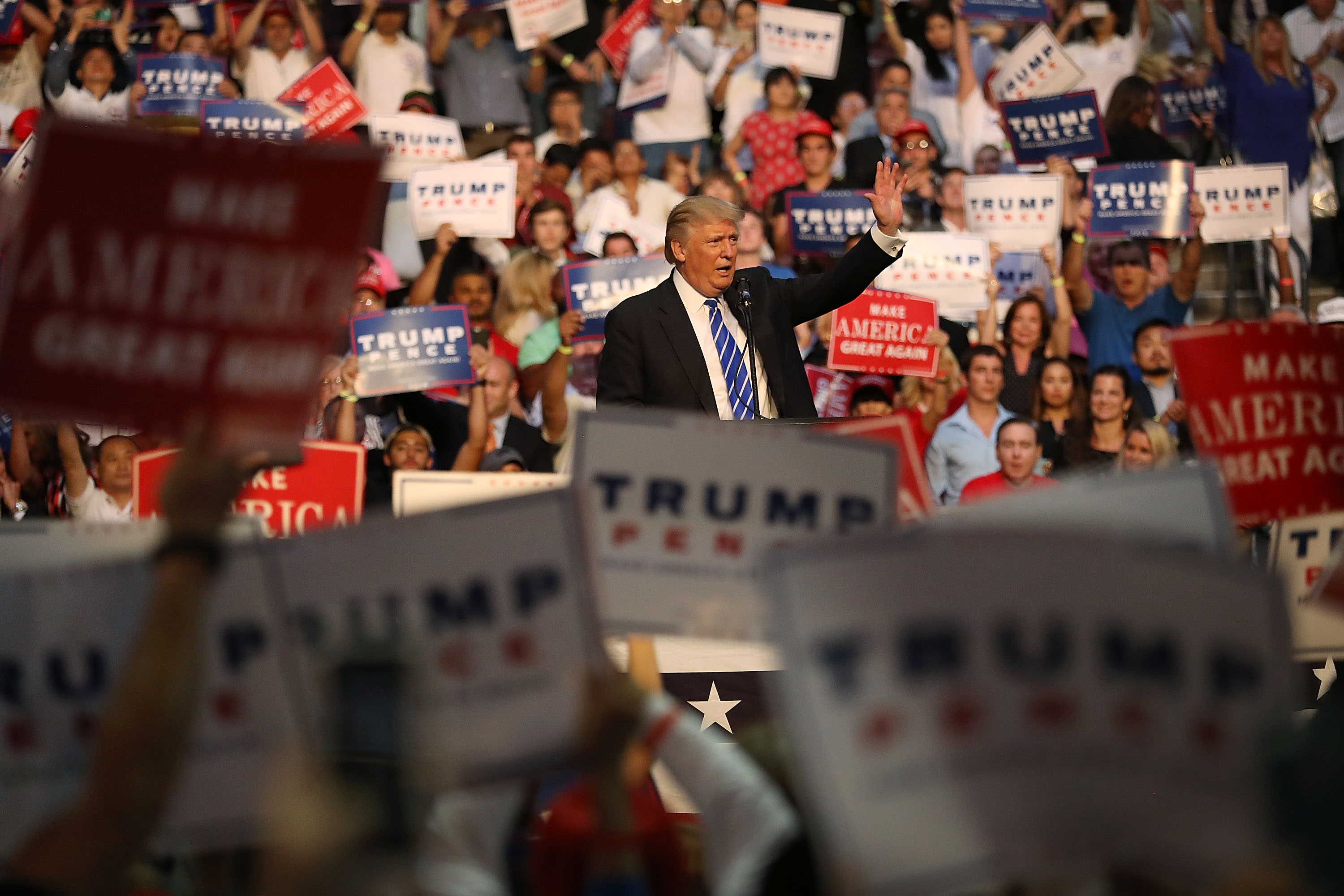 SUNRISE, Fla. -- Donald Trump is now accusing President Obama of founding the Islamic State of Iraq and Syria (ISIS), which is wreaking havoc from the Middle East to European cities.

He repeated the allegation three more times for emphasis.

The Republican presidential nominee in the past has accused his opponent, Democrat Hillary Clinton, of founding the militant group. But he shifted the blame to Mr. Obama Wednesday.

Trump also shot another salvo at the media, calling them "crooked as hell."

Trump has long blamed Mr. Obama and his former secretary of state -- Clinton -- for pursuing Mideast policies that created a power vacuum in Iraq that was exploited by ISIS. He's sharply criticized the president for announcing he would pull U.S. troops out of Iraq, a decision many Obama critics say created the kind of instability in which extremist groups like ISIS thrive.

The White House declined to comment on Trump's accusation.

ISIS began as Iraq's local affiliate of al-Qaeda, the group that attacked the U.S. on Sept. 11, 2001. The group carried out massive attacks against Iraq's Shiite Muslim majority, fueling tensions with al-Qaeda's central leadership. The local group's then-leader, Jordanian-born Abu Musab al-Zarqawi, was killed in 2006 in a U.S. airstrike but is still seen as ISIS' founder.

Trump's accusation -- and his use of the president's middle name, Hussein -- echoed previous instances where he's questioned Mr. Obama's loyalties.

In June, when a shooter who claimed allegiance to ISIS killed 49 people in an Orlando, Florida, nightclub, Trump seemed to suggest the president was sympathetic to the group when he said Mr. Obama "doesn't get it, or he gets it better than anybody understands." In the past, Trump has also falsely suggested Mr. Obama is a Muslim or was born in Kenya, where the president's father was from.

Mr. Obama, a Christian, was born in Hawaii.

Trump lobbed the allegation midway through his rally at a sports arena, where riled-up supporters shouted obscenities about Clinton and joined in unison shouting "lock her up." He railed against the fact that the Orlando shooter's father, Seddique Mateen, was spotted in the crowd behind Clinton during a Monday rally in Florida, adding, "Of course he likes Hillary Clinton."

Sitting behind Trump at his rally on Wednesday was former Rep. Mark Foley, R-Fla., who resigned in 2006 after allegations he sent sexually suggestive messages to former House pages.