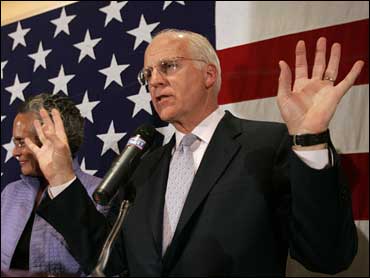 Chris Shays, a former Republican congressman from Connecticut, says he never voted for a Democratic governor or president.

But the self-proclaimed Kasich enthusiast told CBS News' Nancy Cordes in a Wednesday interview he will be casting a vote for Hillary Clinton in November, making him one of the most recent Republicans willing to cross party lines so as to avoid a Trump presidency.

"Donald Trump lost me a long time ago," he declared. "[Kasich] was my first choice, my second choice, my third choice but I've come to realize that my next choice is Hillary Clinton."

It wasn't a difficult decision, he added, describing the former secretary of state as "tough" and "smart."

However, Shays says that Clinton has her share of imperfections, but they don't compare to what he describes as the "dangerous" qualities of Trump.