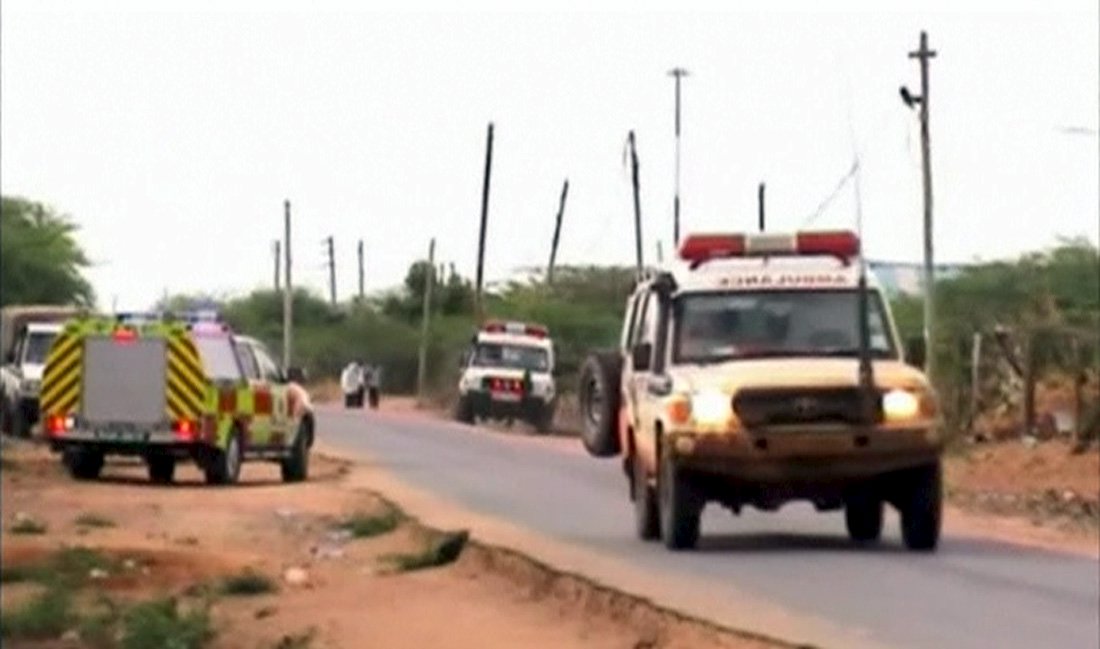 Gunmen attacked a college campus in northeast Kenya early today, opening fire in dormitories and killing at least 15 people and wounding 29 others, witnesses said. CBS News correspondent Debora Patta reports it appeared that some Christian students were being held hostage in one of the dorms. Patta says students at Garissa College received letters about a week ago warning them of a possible attack, but it seemed no preventative measures were taken by security services.

As Saudi-led airstrikes continued hammering purported Shiite rebel locations across Yemen, the security vacuum created by the rebels' uprising has reportedly enabled al Qaeda's powerful affiliate in the country to release one of its key members -- along with everyone else -- from a prison in the southeast.

The Iran nuclear talks in Switzerland are likely to extend 24 to 48 hours past Tuesday's deadline, meaning the negotiations could drag on until the end of the week. CBS News correspondent Margaret Brennan reports both sides still claim that slow progress is being made. But after blowing past the self-imposed deadline, there appears to be little pressure to get anything done immediately.

Millionaire Robert Durst is set to return to a Louisiana courtroom today. The real estate heir faces felony drug and weapons charges following his arrest for alleged murder last month. Durst is wanted in California for the 2000 killing of his good friend, Susan Berman. As CBS News correspondent Erin Moriarty reports, if Durst's lawyers' recent filings are any indication, they are planning an all-out legal battle to get him out of Louisiana.

Duke University is condemning the latest apparent act of racism on campus. Students protested into the night, as authorities investigated who hung a noose from a tree on campus this week. CBS News correspondent Jericka Duncan reports on how this is just the latest racially-charged incident to rock the North Carolina school this year.

The Department of Justice's Civil Rights Division has wrapped-up three days of meetings in Ferguson, Missouri, as it works on a plan to tackle the discriminatory policing practices detailed in its searing 100-page report last month. The department does have one potential role model for reforming Ferguson. It's looking at the successful turnaround of a similar size police force in East Haven, Connecticut as a template for reforms in Ferguson. Here is what happened there.

Police in south Florida have seen a growing number of cases of bizarre and uncontrollable behavior linked to a street drug called flakka, one of the newer chemicals in the booming category of synthetic or designer drugs. The immediate and long-term effects of flakka can rival some of the strongest crystal meth and cocaine.

Entrepreneurs looking to get a leg up in the food industry may seek a new pathway to success. Food incubators are popping up in commercial kitchen spaces across the country. CBS News correspondent Chip Reid reports from Union Kitchen, an incubator in Washington, D.C.

Walmart's highly publicized pay hike is a victory of sorts for its 1.3 million employees, but American taxpayers will foot the bill for the large subsidies that will still be needed to compensate for the discount retailer's low wages. That's the finding of a report that calculated that this month's increase to at least $9 an hour for Walmart workers won't be enough to get many of them off public assistance. Walmart gives CBS News MoneyWatch a different interpretation of the data.

Detroit has more than 70,000 abandoned buildings. Among them is an old Cadillac plant that houses piles of wood. Where others see trash, Mark Wallace sees buried treasure. CBS News correspondent Chip Reid reports Wallace started making guitars out of Detroit's reclaimed wood a year and a half ago. He not only enjoys making the instruments but also playing them.

FBI says one of its "most wanted terrorists" is dead

No contempt charges for Lois Lerner

Hottest March on record for cities in western U.S.

Sears taps its real estate to bring in cash

Patient being tested for Ebola in Colorado hospital

Googling makes people feel smarter than they really are

Feast for your eyes: 8 nutrients to help protect your sight