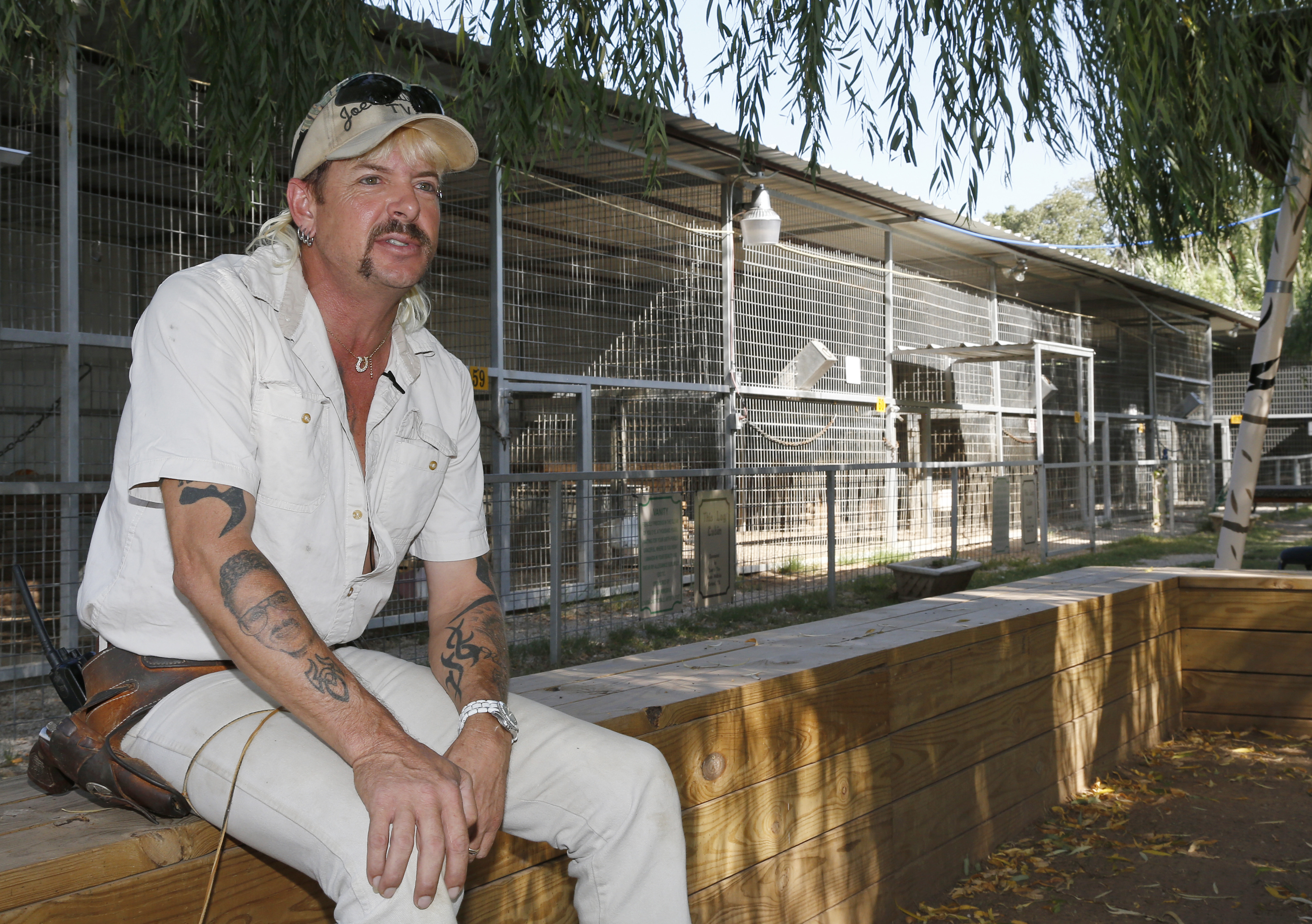 WYNNEWOOD, Okla. -- Reptiles once owned by the late musician Michael Jackson were among the animals that died in a fire at the Garold Wayne Interactive Zoological Park in Wynnewood, the park's owner says.

The Oklahoman newspaper reports the March 26 fire killed seven alligators and one crocodile and destroyed a video production studio. The reptiles that belonged to the singer were retrieved from Neverland Ranch after his death.

Authorities suspect arson is to blame, and the park's owner, Joe Schreibvogel, says he believes rogue animal rights activists are responsible for the fire.

Garvin County Sheriff Larry Rhodes said his office, the state fire marshal and the FBI are investigating the fire.

No one has been arrested in the case.

Schreibvogel told the newspaper, "This was personal. They targeted the studio to shut me up. They wanted to get me off the air...or else they would've targeted something else (in the zoo)." He stars in the independently produced show, "Joe Exotic TV."

In a YouTube video, Schreibvogel says the reptiles boiled alive "in a towering inferno."

He says the "main problem I have with this is, if you have a problem with me, take it up with me, like a man. Don't burn live, innocent animals to get your ... point across. ... They're (my enemies) never gonna stop me."

" ... They've awoken a monster. Now, Joe Exotic's pissed off. The person behind this, or the people behind this , that cud kill innocent animals and make a statement is gonna be brought to justice."