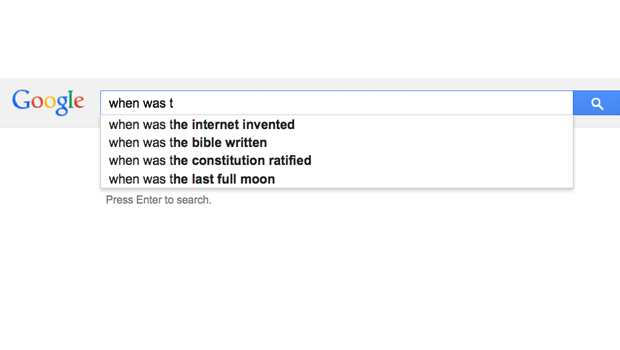 When did Elvis die? What's the capital of Mongolia? Nowadays, the answers to nearly all questions are just a Google click away.

But a new study suggests that instant, online access to information may be inflating people's sense of their own intelligence.

"It becomes easier to confuse your own knowledge with this external source," study lead author Matthew Fisher, a doctoral candidate in psychology at Yale University, said in a news release from the American Psychological Association.

On the other hand, "when people are truly on their own, they may be wildly inaccurate about how much they know and how dependent they are on the Internet," he added.

In the study, Fisher's team had hundreds of people engage in a series of experiments. In one experiment, people were divided into two groups and asked to answer random questions such as "How does a zipper work?" One group was told they could search out the answer on the Internet, but the other was not given that resource.

Those who searched for information on the Internet believed they were smarter about topics unrelated to their online searches, compared to people in a "control" group who didn't use the Internet in the experiment, Fisher's team found.

In another experiment, participants were shown images that supposedly showed samples of activity in brains -- their brains and the brains of others -- as tracked by MRI. Those who frequently used Internet searches typically chose the "smarter-looking," more active brain images as being their own brains.

The study also found that, even when participants were unable to find the information they were looking for on the Web, people who were in what the authors called "search mode" still had an inflated sense of their own smarts.

Having an inflated sense of knowledge could be especially dangerous in politics or in other areas where important decisions need to be made, according to Fisher.

"In cases where decisions have big consequences, it could be important for people to distinguish their own knowledge and not assume they know something when they actually don't," he explained.

"The Internet is an enormous benefit in countless ways, but there may be some tradeoffs that aren't immediately obvious and this may be one of them," Fisher said. "Accurate personal knowledge is difficult to achieve, and the Internet may be making that task even harder."

The growing use of smartphones may add to the problem because they make Internet searches possible most anytime, Fisher suggested.

The study was published online March 31 in the Journal of Experimental Psychology: General.