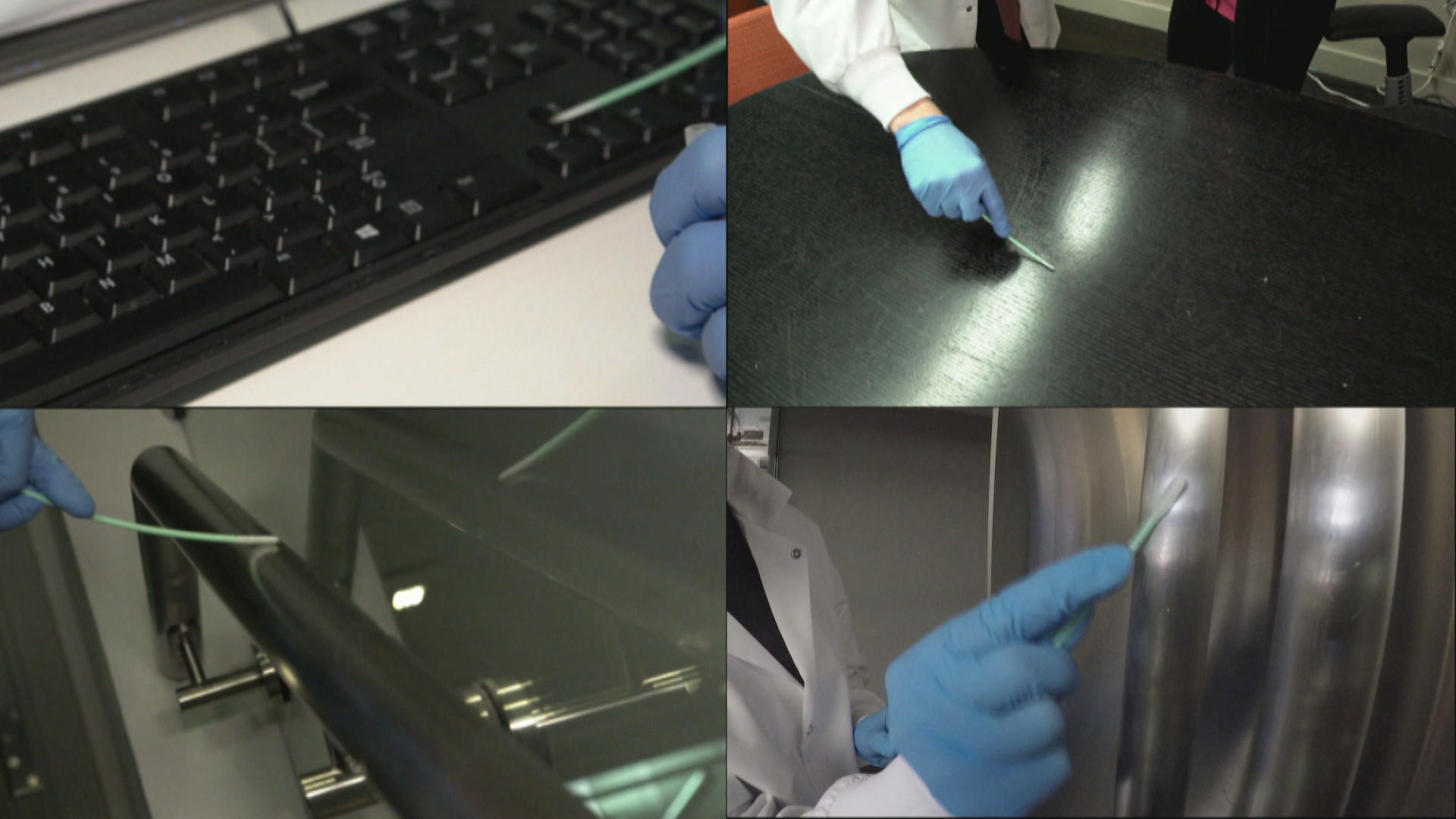 Dr. Chris Mason, a geneticist at Weill Cornell Medicine, used a four-step method known as shotgun sequencing to swab some common workplace areas where viruses and bacteria -- including the flu -- might be hiding.

According to Mason, the hot-spot areas where you might find the most microbes and influenza are "high touch" surfaces like door handles, the kitchen sink, and elevator buttons.

The CDC says the influenza virus can live on some surfaces for up to a day, meaning if you touch a contaminated surface and then touch your mouth, nose or eyes within that window of time you're at risk of infection. Another study found that over a quarter of Americans admit to coming in to work sick. So we tested four common office spots to see where the dangers lie.

"This is an area where people touch a lot, things splash around. ... Essentially things can grow because it's a moist enough area," Mason said.

Then, the conference room.

"Basically, cells and viruses and other sort of entities can build up in the small porous areas," Mason said, pointing out that fabric-covered chairs and couches are "basically like a big sponge" when it comes to picking up microbes.

Next, an easy place to overlook: the stair railing.

"This is really a place where many many hands are touching," he said. "One really good thing, though, is that it's steel. The viruses do not live long on steel, neither do most bacteria."

Last, a place most us can't avoid: computer keyboards. With an active flu going around, Mason recommends wiping down your keyboard every day.

The swabs were taken to a lab for testing and analysis, and while the results didn't detect any flu, they found other viruses and bacteria. The keyboard was the most contaminated, followed by the break room, the railing and the conference room.

These findings, according to the lab, are consistent with most offices. We also tested a keyboard after using a disinfecting wipe and it reduced more than 91 percent of bacteria and viruses.