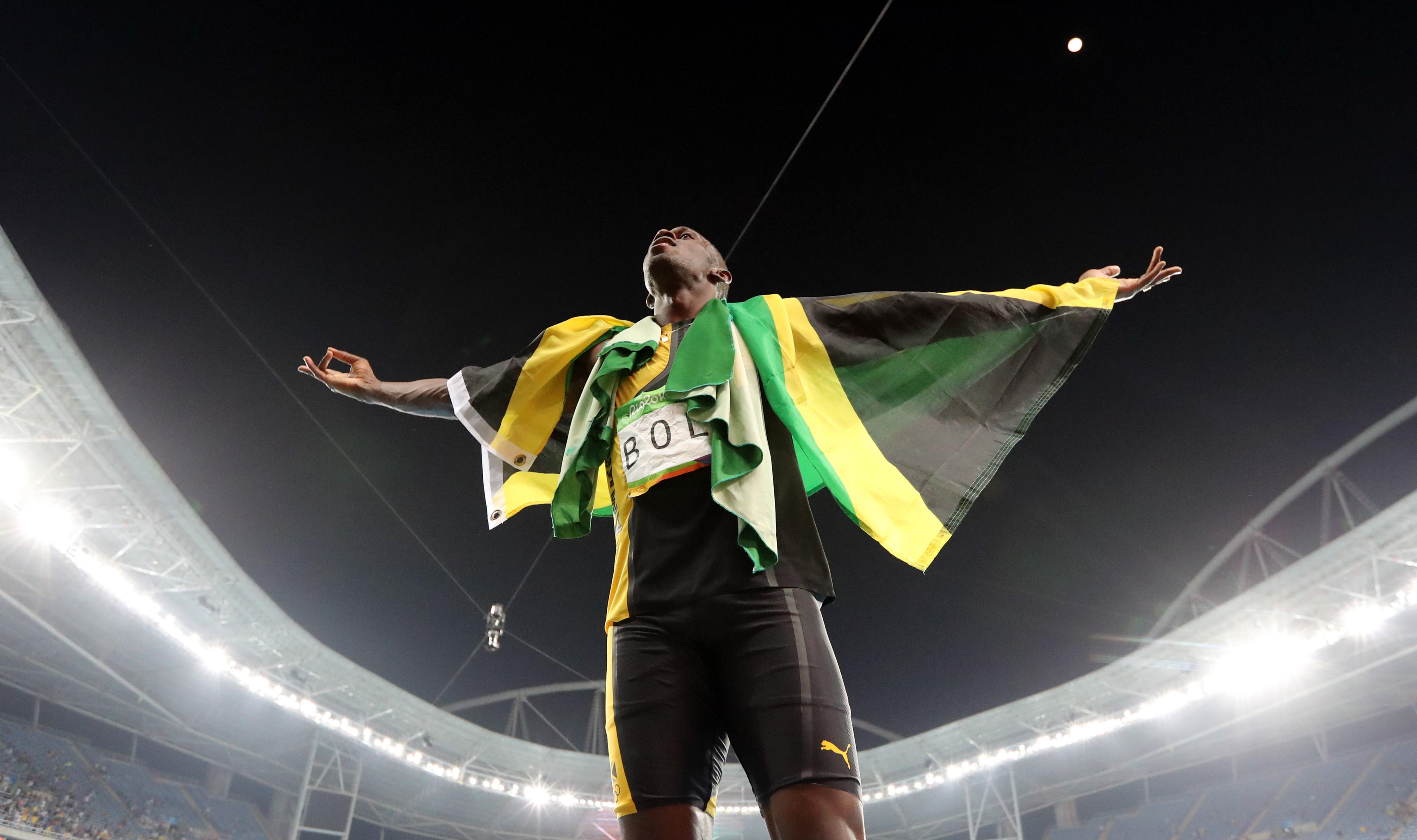 Usain Bolt bid a blazing-fast farewell to the Rio de Janeiro Games - and likely the Olympics altogether - Friday night with yet another anchor leg for the ages. He turned a close 4x100 relay race against Japan and the United States into a never-a-doubt runaway, helping Jamaica cross the line in 37.27.

The U.S. finished the race third but endured yet another relay debacle - disqualified because leadoff runner Mike Rodgers passed the baton to Justin Gatlin outside the exchange zone. That promoted Canada to the bronze medal.

This marked the ninth time since 1995 the U.S. men have been disqualified or failed to get the baton around at Olympics or world championships. That will cause more hand-wringing in the States.

Bolt hasn’t botched a relay handoff in any major championship since he started running them in 2007.

Easier when you know you’re the fastest man out there.

Nobody’s done that before, and nobody’s on the horizon to do it again soon.

Along with Bolt for his final trip down the track were Nickel Ashmeade, training partner Yohan Blake and the Jamaican elder statesman, former world-record holder Asafa Powell.

When Bolt received the yellow baton from Ashmeade for his final run down the straightaway, he was even, maybe a step behind, Aska Cambridge of Japan and Trayvon Bromell of the United States.

That lasted about four steps.

With 70 meters to go, it was all over. Bolt looked at the clock - same as he did when he finished the 200-meter victory the night before.

No world record, but he still has a piece of that one, too - it’s 36.84 seconds, set four years ago at the London Games.

“I am just relieved. It’s happened. I am just happy, proud of myself. It’s come true,” Bolt said. “The pressure is real. I look at it as an accomplishment.”

With most of the other debates over about greatest this, greatest that, a new one might be whether Bolt now surpasses Marley as the most famous person​ to rock the world from the country known for sea, sun and sprints.

Counting all the preliminaries, finals and his approximately nine-second blast down the stretch in Friday’s last race, Bolt has spent 325 seconds - a tad less than 5 1/2 minutes - running on the track at the Olympics since he made his debut in Beijing eight years ago.

Every tick of the clock has been a treasure. And while he may not close things out with 23 golds, the number Michael Phelps left Rio with earlier this week, it’s hard to argue there is anybody more successful or electric - or important to his sport, and the Olympics themselves.

The anchor sport of the Olympics has been mired, especially over the past year, in a cesspool of doping, cheating and bad characters.

When Bolt’s on the track, everyone forgets.

“A great sprinter,” said American Tyson Gay who, once upon a time, was Bolt’s biggest challenger. “Nine gold medals, words can’t even describe what he’s done for the sport.”

So much of that is because the show isn’t over when he’s through running.

After crossing the line for his finale, Bolt pumped his fist in the air, slowed down and took off those famous gold spikes. He huddled with his teammates and they prayed. Then, a final, luxurious lap around the track.

But before he left the track, his partners peeled off from the victory lap. With the stadium emptying, Bolt kneeled down, brought his hands out to his sides and soaked in one last burst of applause. Then, he kissed the track and slapped his hand on the number “3’’ painted at the starting line.

As in three Olympics, three races at each, three gold medals each time.

He could have just as easily slapped the number “1.”

That would need no explanation.