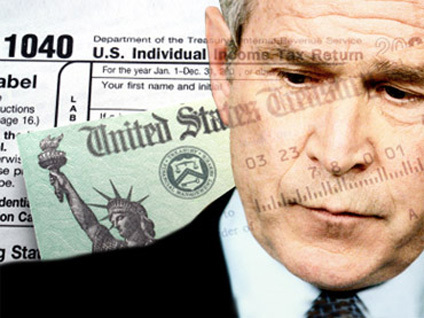 In a debate on "Face the Nation" today about the need for a deficit reduction agreement, Sen. Bill Nelson, D-Fla., argued that the present problem with the federal deficit was created by an imbalance between a drop in taxes collected and a rise in spending, and said that tackling both must be a part of any agreement.

"How did we get into this problem of the big deficit?" Nelson said. "It's basically a fall-off of revenues and an increase in spending. So you got to correct that imbalance; otherwise you're not doing real deficit reduction."

In debating the tax revenue part of the equation with fellow guest Sen. Jeff Sessions, R-Ala., Nelson said, "Jeffrey, you have to acknowledge that part of our deficit problem was the huge Bush tax cuts in the early part of the decade. What was handed off to the new administration of over a trillion dollars of annual deficit, that accounted for almost half of it. If you're going to be real about the numbers, you're going to have to address these kinds of things."

"That's not accurate, Bill," Sessions responded. "The revenue went up every single year after those tax cuts were put in. The revenue is down now because of the low economy ... It's not because taxes have been cut in recent years. It's because people are not making money. They're not paying as much taxes. So increasing taxes on that weakened economy is not the way to increase revenue. "

A review of data from the White House Office of Management and Budget shows that tax revenues did not consistently increase after the Bush tax cuts went into effect.

Bush signed two more tax cuts into law over the next two years. In FY 2003, revenue dropped further, to $1,782.3 billion - about a 10-percent reduction from two years earlier.

This drop in tax revenue occurred even as economic activity - the nation's GDP - was continually rising, according to Bureau of Economic Analysis data.

It is true when Sen. Sessions said spending has increased every year from FY2001 - the last year the government spent less than it took in.

Analysis by Citizens for Tax Justice claims that the Bush era tax cuts resulted in $1,918.9 billion in lower revenue from FY2001 through FY2009, and that the total cost if implementing the cuts (including interest payments on debt) was $2,141 billion.

Moneywatch: Did the Bush tax cuts lead to economic growth?