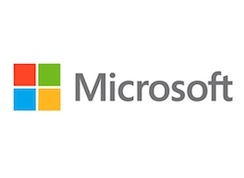 (MoneyWatch) The thing about marketing people is they will not be ignored. Sooner or later, even the geekiest of high-tech companies find themselves dropping a few bucks on something other than chips and software code.

A few years back, Intel (INTC) got a new logo signaling its move beyond PCs. Now it's Microsoft's (MSFT) turn. Most of the reactions I've heard are either "it's boring" or "logos are dumb." Of course, some nutty branding person will probably write a whole book analyzing its simplicity, the font, the colors and who knows what else.

Sure, it has to be visually attractive enough for people not to hate it, but that's not really what this is all about. There's more to the software giant's first new logo in a quarter century than meets the eye. Much, much more.

The real issue is this: Microsoft must change a broad and growing perception that it has become irrelevant -- a relic of a foregone age when it was the only game in town and everyone spent all their time using Microsoft applications on Wintel PCs.

While that may still be largely true in the corporate world, the consumer device market has become wildly fragmented. Not only that, but there are already signs that the business world is beginning to follow suit.

It's not just that Macs, tablets and smartphones have become increasingly important in our lives. The bigger issue is that, between social networks like Facebook (FB), LinkedIn (LNKD) and Twitter and all the millions of applications that run on Apple (AAPL) iOS and Google (GOOG) Android, Microsoft's software is truly becoming less and less relevant every day that goes by.

7 signs you're acing a job interview

I have a job offer -- do I tell other companies?

Why Apple's iPad will be a game changerThink different: Inside Apple's cult-like culture
Did IPO damage Facebook brand?

In case you're wondering why Microsoft's stock has essentially flat-lined for more than a decade, the reason is simple: Investors have little confidence that the company can reinvent itself. So it's imperative for Microsoft to reverse all that negative perception, a task that's far easier said than done. Perceptions that are based in reality are always the toughest ones to change.

Nevertheless, the software giant intends to change. Indeed, that's what it must do. And I find myself more than a little surprised to be saying this, but it looks like they're going about it exactly as I would if I was in charge up in Redmond.

Here's what I think is really behind Microsoft's logo change or, to be more accurate, the plan that the logo change represents. There are four key components:

New versions of existing products. How a company is perceived begins with the customer experience, and Microsoft is rolling out new versions of all its core products, from Windows 8 for PCs and phones to new versions of Office and Xbox services. It's betting big that this crop of new products will excite and delight users while convincing an increasingly skeptical industry that it means business.

Aggressive moves into search, mobile and social. Spinning existing products isn't going to be nearly enough to stem the tide in an increasingly social and mobile world. First there was Bing for search. Then Microsoft's first branded tablet, Surface. It pulled the plug on MSNBC to gain more content freedom and reinvented Hotmail as Outlook. Expect more aggressive moves against Apple, Google and Facebook.

Iconic brand. Now think about the iconic Apple brand. The consistent look and feel across all Apple devices and everywhere you experience the brand -- in the stores, on the website, everywhere. That's what Microsoft aims to do: bring everything under one iconic brand. That's the reason behind the simple, clean look and the change in logo font to the one used in its products. And it's promoting the four-color symbol to show that it's more than just a one-trick pony, a PC software company.

Putting the world on notice. Lastly, CEO Steve Ballmer and company are letting everyone know this isn't your father's Microsoft. It's sending a message to all of Microsoft's key stakeholders -- investors, employees, device-makers, pundits, end users -- that it's aware the world is moving on and that it's not going to give up without a knockdown, drag-out fight. Microsoft has put the world on notice that it intends to reinvent itself.

Make no mistake, this is not just about the logo's colors, Segoe font, digital motion or whatever fluff the branding people are selling. The stakes are ridiculously high here. The world has moved far beyond the PC; it's gone mobile and social. That world belongs to Apple, Google and Facebook. And Microsoft, once the most valuable company on the planet, does not intend to be left behind.