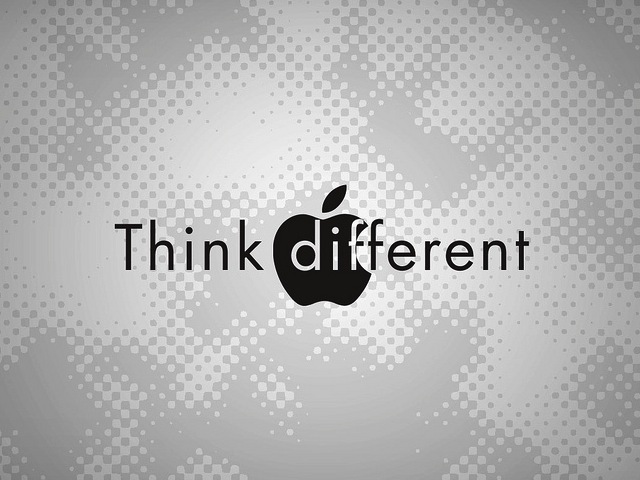 Apple's culture is as distinct as its products are groundbreaking. That's no accident; one leads to the other. It's evident in every aspect of the company, every interaction with every employee from executive management to the salespeople in its renowned Apple stores.

I don't know if it all emanates from founder and chief executive Steve Jobs, but the company's Think Different mindset isn't just a tag line; it captures and reinforces the company's unique cult-like culture, the way it operates from top to bottom.

Concepts like conventional wisdom and status quo don't exist at Apple headquarters in Cupertino. From the beginning, employees learn the Apple way: Think Different. It's not written anywhere and there are few processes to follow, but they learn it, just the same. And it works, bigtime.

If Silicon Valley's entrepreneurial spirit, employee ownership, and casual style changed corporate America, Apple took all that one giant step further. Apple's culture is like a genetic mutation of the corporate America genome. A mutation that should be studied and replicated wherever possible.

That was my goal in synthesizing these lessons from the observations of associates who worked for and with Apple over the years, as well as from my own interactions with the company and some published reports, as referenced. Of course, nobody was willing to go on the record, which is par for the course as explained in #6.

Empower employees to make a difference. When I asked one source why Apple employees always seem so empowered, he replied, "It sounds corny, but it's Steve's reality distortion field. He says they can make a difference, and in a cult-like way, they believe it." Changing the world is grandiose and far-fetched. But for Jobs and company, "make a dent in the universe" is somehow an entirely realistic goal.

Value what's important, not minutiae. According to one associate, "It's a really fun place to work with loose rules. Employees mostly come and go as they please as long as they accomplish, not 100 percent of their goals, but 110 percent." Freedom and flexibility, just get the job done. What a concept. I attended one meeting where an Apple manager showed up barefoot. Nobody cared or even noticed.

Love and cherish the innovators. According to a BNET report, the way Apple "reliably churns out the industrial equivalents of da Vinci paintings ... stems from the meticulous care and feeding provided to a specific group: the creatives. Apple's segmented, stratified organizational structure - which coddles its most valuable, productive employees - is one of the company's most formidable assets."

Do everything important internally. It's a throwback to the old days of vertically-integrated computer companies, but it's a good thing that Apple never bought into the whole disaggregation thing. Everything important is under one roof: industrial design, operating system, hardware design, even the sales channel. Apple manages to do that by focusing on far fewer products than conventional consumer electronics companies.

Get marketing. Marketing is the one great weakness of the technology industry. For some reason, high-tech CEOs don't get it, understand it, or value it as they should. Apple spends a great deal of effort divining the next big thing - figuring out what people want - even when they don't know it themselves. They don't use focus groups or research. They're their own focus group.

Control the message. Few companies truly get communications and PR the way Apple does. A big part of its formula for creating a buzz like no other company is its famous secretiveness. Considering the sheer number of people, companies, and news outlets that would give anything for a tip, virtually nothing leaks until Apple's ready to spill it - the occasional iPhone prototype left on a bar-stool notwithstanding.

Little things make a big difference. According to the Confessions of an Apple Store Employee, "During the iPhone 4 launch, they brought us food - and good food! Somebody told me that the 5th Avenue store in New York had a masseuse during one launch, and that another store had a kiddie pool full of goldfish as, like, a Zen thing." And one of my sources says the main cafeteria is serious gourmet quality.

Don't make people do things, make them better at doing things. In an interview, Steve Jobs revealed, "My job is to not be easy on people. My job is to make them better. My job is to ... take these great people we have and to push them and make them even better, coming up with more aggressive visions of how it could be." Apple employees I've known are either operating at the top of their game, or think they are. Either way, it works.

When you find something that works, keep doing it. The way Apple operates today is not some grand design by Jobs or his management team. They found their way one step at a time. The difference is that, the way Apple's organized, it can rapidly adapt to a new idea or process that works. After decades of single-digit market share, the iPod / iTunes breakthrough provided a winning formula that Apple's replicated with the iPhone and iPad.

Think different. Apple doesn't do anything according to anyone else's timetable. Its product launches and company events - like today's iPad 2 announcement - happen when it suits Apple. It even shuns the venerable Consumer Electronics Show. Apple follows the beat of its own drum. How things should be done or are done elsewhere don't count. Apple finds its own way. As Jobs said in a Stanford University commencement speech, "Don't let the noise of others' opinions drown out your own inner voice."

On the same subject: