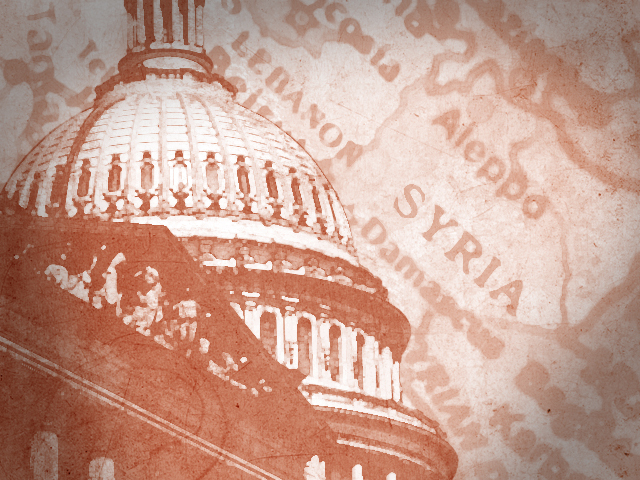 WASHINGTON When President Obama surprised the world Saturday with his announcement that he's seeking congressional approval before launching a military strike on civil war-torn Syria, it brought into play a complicated puzzle Mr. Obama and his team are facing in efforts to get a majority of Congress on board.

If recent history is any guide, this is going to be a challenge for the administration. No matter the issue, the president and the divided Congress have seen eye-to-eye on very little.

Not helping the president's cause: America is against military strikes in Syria.  Bolstering that sentiment are two polls released Tuesday that showed significant opposition to such action.

The plan over the coming week is for the administration to "flood the zone," as a senior administration put it. The president kicked things off Tuesday with a meeting with congressional leaders. Meanwhile, members of his team fanned out across the Capitol, holding a series of classified and unclassified briefings and hearings with members of Congress.

Complicating matters is a significant difference between the Syria debate and the other issues that have confounded Mr. Obama and Congress: Authorization to attack Syria doesn't cleanly break along party lines.

The Republican Party is split between hawks who would rather see more than the "limited" and "proportional" military strike expressed by the president.

There are some, such as Sens. John McCain, R-Ariz., and Lindsey Graham, R-S.C., who have repeatedly indicated they want a military intervention on behalf of the rebels fighting the Syrian regime and have said a limited strike is not enough.

After meeting with the president Monday, the two did express tepid support for Mr. Obama, suggesting doing something limited would be better than the "catastrophic" consequences that would result if Congress voted against authorization.

McCain did point out Tuesday, however, that his support for Mr. Obama wasn't full-throated, telling "CBS This Morning" that the president should have just gone ahead and launched a strike without congressional consent.

"I don't think the president should have done this," McCain said. "Once he announced that we were going to have strikes, I think he should have acted, as other presidents have, both Republican or Democrat. But it is what it is."

House Speaker John Boehner, R-Ohio, and Majority Leader Eric Cantor, R-Va., who had raised questions about a strike last week, announced their support for a strike Tuesday after meeting with Mr. Obama Tuesday. While that alone may be a small victory for the president, getting the rest of the Republican Conference - or a significant number of them, at least -- is proving to be a tall order.

Libertarian-leaning Republicans who have been extremely vocal in their isolationism, such as Sen. Rand Paul, R-Ky., and Rep. Justin Amash, R-Mich., are steadfast in their opposition to military action in Syria. Amash, who is holding 11 town hall meetings in his Michigan district this week, tweeted at Boehner and Cantor that most of the people he's talking to oppose a strike.

Later, he told Kalamazoo, Mich., CBS affiliate WWMZ-TV, "It's running at almost 100 to 1 against strikes in terms of people contacting me. It's pretty overwhelming. I think it's pretty solidly against military strikes."

"We don't have a long-term strategy I've heard. I'm very concerned if we get involved we'll have it escalate and eventually you could have something like troops on the ground, I don't want to see it go that direction."

Secretary of State John Kerry scolded the likes of Paul and Amash at Tuesday's Senate Foreign Relations Committee hearing saying, "this is not the time for armchair isolationism. This is not the time to be spectators to slaughter."

Paul later grilled Kerry at that hearing, telling the secretary of state that "I haven't had one person come up to me and say they're for this war" and imploring that Kerry assure Congress that the administration wouldn't go ahead with strikes if Congress voted the authorization down.

"Make me proud today, Secretary Kerry. Stand up for us and say that you're going to obey the Constitution," Paul said.

When Kerry responded that the president still has constitutional authority to launch a military strike without Congress' approval, Paul shot back, "You're making a joke of us, you're making us into theater."

Other war-weary Republicans have expressed concern over the cost of military action not only in dollars, but in its potential effect on the military.

Rep. Scott Rigell, R-Va., who represents a southeastern Virginia district that's home to a large military population, announced his opposition Tuesday after last week corralling 140 House members, including 21 Democrats, demanding the president seek congressional authorization before proceeding in Syria. Although Mr. Obama has now turned to Congress, Rigell is still not on board.

Sen. Jim Inhofe, R-Okla., said he's leaning toward voting "no" on authorization because he doesn't believe a strike against Syria will be a one-and-done situation for the U.S.

"It may sound real easy when people like Secretary Kerry say that 'it is going to be quick and we're going to go in, we're going to send a few cruise missiles, wash our hands and go home.' It doesn't work that way. This could be a war in the Middle East, it's serious," Inhofe said on Fox News Tuesday.

Interestingly, Senate Minority Leader Mitch McConnell, R-Ky., has avoided taking a stand on this, though he finds himself in a precarious position politically as he is navigating fights within his own ranks while simultaneously fighting for his political life back home against a tea party Republican as he seeks re-election next year.

All McConnell offered on Tuesday regarding Syria was a written statement: "While we are learning more about his plans, Congress and our constituents would all benefit from knowing more about what it is he thinks needs to be done - and can be accomplished - in Syria and the region."

For their part, top Democratic leaders, including House Minority Leader Nancy Pelosi, D-Calif., are behind the president's plan, but the rank-and-file are not all on board, with resistance coming the war-weary as well as the anti-war faction. For instance, in addition to the 21 Democrats who signed Rigell's letter, over 60 signed a similar letter circulated by Rep. Barbara Lee, D-Calif., who is against an attack.

Some Democrats, like Rep. Alan Grayson, D-Fla., are simply against any action in Syria. "We are not the world's policemen. That is not our responsibility," Grayson told CNN.

And another issue war-weary Democrats seem to be worried about, like Republican Sen. Inhofe, is that the U.S. will be forced to follow up militarily. On Saturday, following Mr. Obama's remarks, Rep. Eric Swalwell, D-Calif., tweeted his concern:

"Guess what: a strike inevitably leads to retaliation, which leads to a change in circumstance," Nolan said. "And the very same people who were against boots on the ground are now the ones who guess who are saying well, we're going to have to put some boots on the ground to get this done."

The heavy lifting to sway this bipartisan opposition is now in the hands of the president's team as well as the congressional leaders who support a strike; Mr. Obama is overseas through the end of the week attending events in Sweden and the G-20 summit in St. Petersburg, Russia.