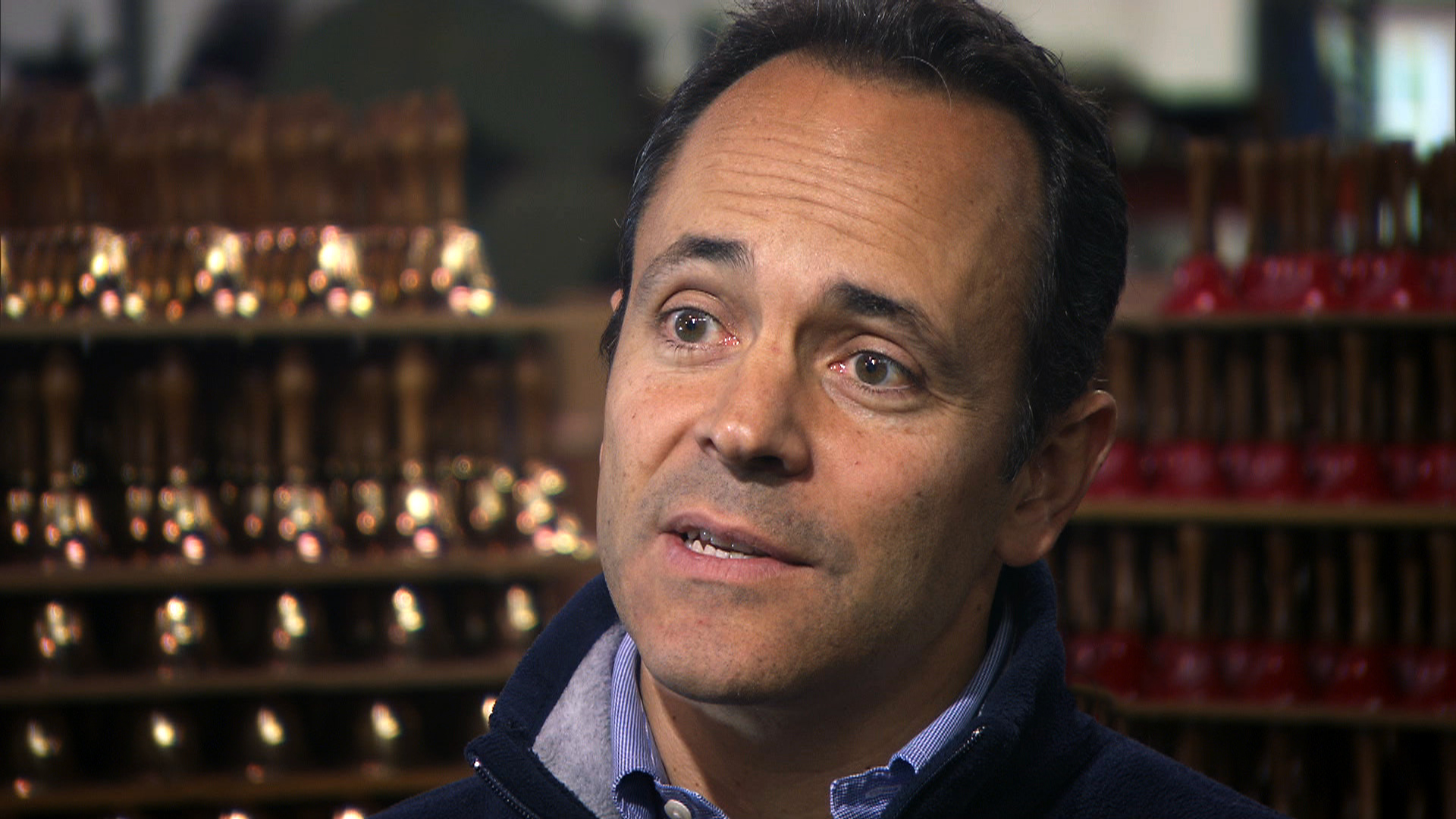 Bevin, a 46-year-old partner in a Louisville investment firm, could be more than just a distraction for the GOP leader, compelling McConnell's campaign to tap into the nearly $10 million it has in the bank before the general election starts.

For McConnell, Bevin's challenge highlights the continuing peril of being a long-term congressional leader, one who's had to juggle the necessary deal-making of a legislature and the activists - of either side - who don't care much for the deals.

In 2010 Kentucky was one of the launch pads for the tea party as upstart Rand Paul (reportedly behind McConnell now) beat the GOP's then-favored candidate in a primary and went on to the Senate. It was the first tea party win in a statewide contest, coming on the heels of boosting Utah's Mike Lee and Marco Rubio in Florida, after Charlie Crist bowed out under pressure.

There are a few moving parts here this year, some of which will have national impact right away: keep an eye on how any further Senate deal making goes - or doesn't go - with the McConnell under a challenge back home. The activist knock against McConnell, to the extent it's clear, seems to be tied both to more general animosity against anyone who's been in Washington a long time (something hardly relegated to activists) and some of it surely stems from being part of the fiscal cliff deals, and perhaps the fact that the immigration bill passed the Senate. The list remains to be seen as it unfurls over the coming weeks.

It might not surprise that the leaders of unpopular institutions lag in their own ratings (see, e.g., Harry Reid in 2010) but that doesn't mean they're cooked, and the shape of this race might be as much about approaches to governance in the face of what staunch conservatives see as a great threat; it might shape up as a contest to see who can draw the firmest line against the administration in principle as well as policy.

Most of all, of course, may be that this minority leader is well-poised to become majority leader if the GOP can hold its own territory next year.

There are plenty of conservatives in Kentucky and they certainly dominate the Republican party, so plenty of voters could get involved. In the last midterms, 2010, 69 percent of Bluegrass Republicans called themselves conservatives. And 68 percent supported the Tea Party.

The Democrats will probably be watching this with delight. If McConnell has to run to his right they'll try to use that to create an opening for Alison Lundergan Grimes, whom Democrats were happy to recruit into the race in a bid to flip this red state. (It'll be an uphill battle, but a bruising primary could hurt McConnell, and Kentucky isn't as lopsided as you might think in pure partisan breakdown in state races; 40-38 Republican over Democrats last midterms. Independents in Kentucky's last midterms were mostly moderate (54 percent), though they sure weren't liberal (10 percent).

What isn't clear yet is just how serious a challenge this will be to McConnell. His campaign has been fundraising and is clearly geared for a fight, already making sure it tries to define the challenger even before he announces (calling him "an east coast con man" in a release and "Bailout Bevin" in a new ad criticizing him for taking federal bailout money for his companies in Connecticut.)

You'll recall the campaign hasn't been shy about taking on ever-potential challengers, even while they were just thinking about running (actress Ashley Judd, for one, who never did.) Remember, too, that it was only a handful of polls that stuck him with an unpopular label and views of congressional leaders can get bogged down outside of election years, when Congress is debating and its approval ratings are sliding even lower than usual.

The broader implications here matter much as we said about the primary challenge from Liz Cheney in Wyoming: here's another state where the name of the person in the primary, in this case a Senate minority leader, means that what happens in this primary is going to command national focus, and as such has the power to help shape perceptions of the party itself, the larger national debate over the future of the GOP. Yes, on the surface it's an intraparty fight they might not have wanted - though the good news here for Republicans may be that a primary in the spring means this is over early, not dragging on through the summer.