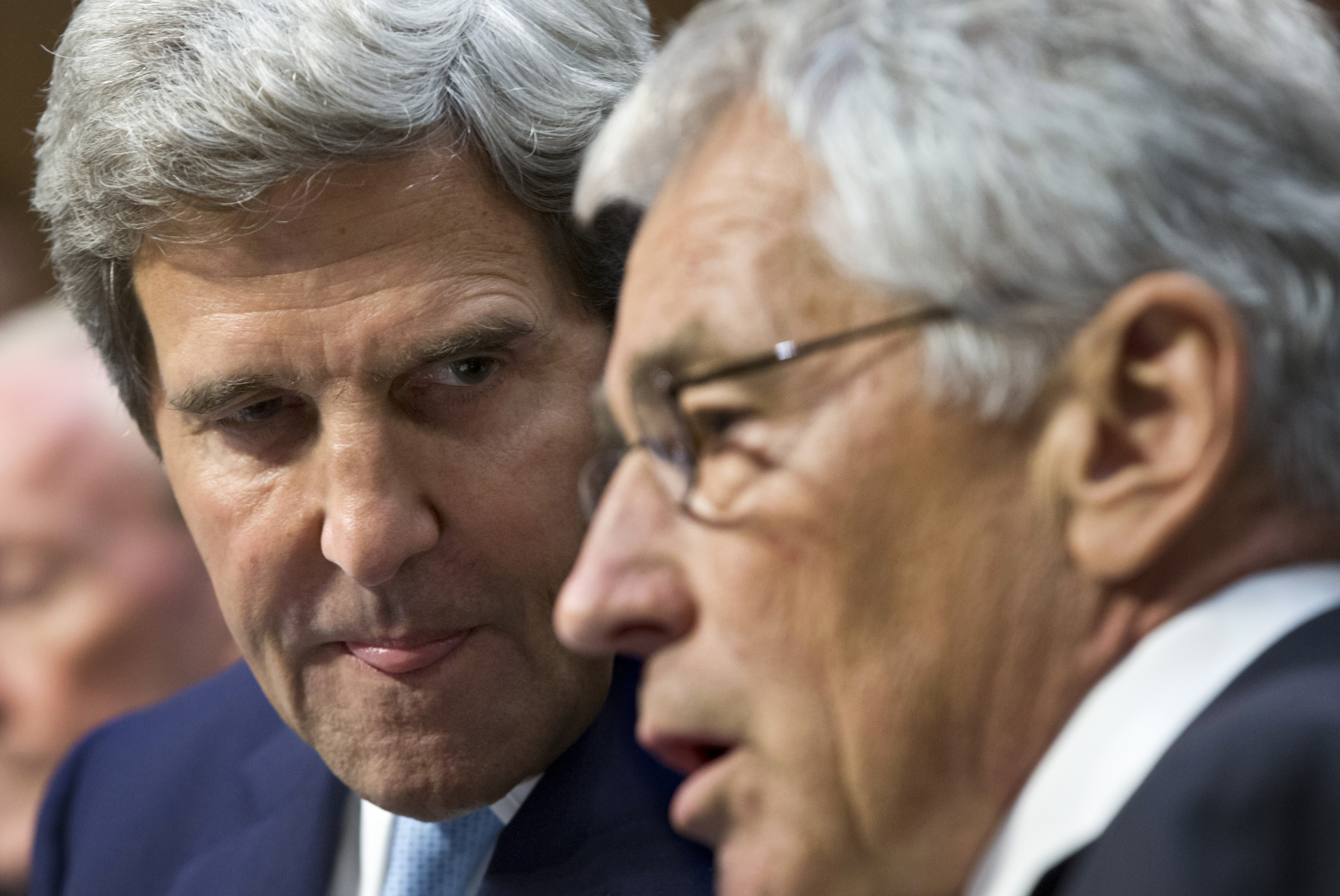 Lawmakers' decision about whether to OK a limited military strike in Syria "will be among the most difficult any of us will be asked to make," Sen. Bob Menendez, D-N.J., chairman of the Senate Foreign Relations Committee, said Tuesday in remarks kicking off a hearing on President Obama's request for congressional authorization.

"I voted against the war in Iraq and strongly support the withdrawal of U.S. troops from Afghanistan," Menendez said. "But today, I support the president's decision to use military force in the face of this horrific crime against humanity."

Mr. Obama's decision over the weekend to take his case for direct involvement in Syria's two-year-old conflict to Congress appeared as something of an about-face: Amid mounting evidence that Syrian President Bashar Assad used chemical weapons against his own people, the White House previously had seemed on the cusp of ordering U.S. forces to launch a missile attack against the civil war-torn country.

Arguing the president's case Tuesday included Secretary of State John Kerry - who, before joining the administration, was chairman of the committee - Defense Secretary Chuck Hagel and chairman of the Joint Chiefs of Staff Martin Dempsey.

"We all agree there will be no American boots on the ground - the president has made crystal clear, we have no intention of assuming responsibility for Syria's civil war," Kerry said. "But this is not the time for armchair isolationism. This is not the time to be spectators to slaughter. Neither our country nor our conscience can afford the cost of silence."

Hagel, too, reiterated that the United States is "not seeking to resolve the underlying conflict in Syria through direct military force," arguing the actions being mulled "are tailored to respond to the use of chemical weapons. A political solution created by the Syrian people is the only way to ultimately end the violence in Syria.

"...Gen. Dempsey and I," Hagel continued, "have assured the president that U.S. forces will be ready to act whenever the president gives the order."

Vowing intelligence has shown that rebels fighting to overthrow Assad could not possibly have acquired the weapons or amassed the capacity to have carried out the chemical weapons attack, Kerry toward the top of his opening statement assured the United States has "scrubbed and rescrubbed the evidence" of Assad's actions. He invoked the nonexistent weapons of mass destruction that inspired then-President Bush to enter Iraq in 2003.

"I remember Iraq; Secretary Hagel remembers Iraq; Gen. Dempsey, especially, remembers Iraq," Kerry said. "But Secretary Hagel and I and many of you sitting on the dais remember Iraq in a special way because we were here for that vote. We voted. And so we are especially sensitive, Chuck and I, to never again asking any member of Congress to take a vote on faulty intelligence.

"...I repeat here again today that only the most willful desire to avoid reality can assert that this did not occur as described or that the regime did not do it," he went on. "It did happen. And the Assad regime did it."

Kerry, who agreed with Menendez the "world is watching" to see "whether, in a dangerous world, we can still make our government speak with one voice," also battled back the notion that the debate about engaging in Syria "is about President Obama's 'red line.'"

"This debate is about the world's red line, it's about humanity's red line. And it's a red line that anyone with a conscience ought to draw," he said. "This debate is also about Congress's own red line. You, the United States Congress, agreed to the chemical weapons convention.

The witnesses fielded challenges from lawmakers in both parties - Sen. Tom Udall, D-N.M., worried about the "open-ended" plan, and America's apparent insistence to be "the policemen of the world." Predictably, though, the testiest moment came during questioning from Sen. Rand Paul, R-Ky., whose foreign policy follows in the footsteps of his famously noninterventionist father, Ron Paul.

Claiming he hasn't had "one person come up to me and say they're for this war," Paul challenged Kerry to pledge that if Congress votes down the resolution, the president won't "go ahead and do the bombing anyway."

"...If we lose, what?" Paul asked. "Make me proud today, Sec. Kerry. Stand up for us and say that you're going to obey the Constitution, and if we vote you down - which is unlikely, by the way - but if we do, that you would go with what the people say through their Congress, and you wouldn't go forward with a war that Congress votes against."

To Kerry's response that Paul can "still be proud" because Mr. Obama maintains constitutional authority to act, the senator lamented: "You're making a joke of us - you're making us into theater."