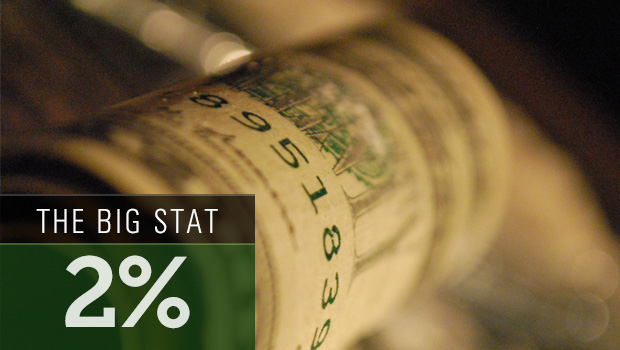 Who needs a raise? Nearly everyone, it turns out. Hourly wages in the U.S. are growing a modest 2 percent this year, keeping Americans barely ahead of inflation (or miles behind it if you happen to be strolling down the meat aisle at your local grocery store).

This is older news than you might think. Wages have been stagnant not only since the epic recession that followed the 2008 housing crash, but for decades. In 1979, median production and non-supervisory workers (who account for 80 percent of all private-sector employees) made an inflation-adjusted $15.75 an hour. As of 2013, that pay had inched up only to $16.70 -- that's a total gain of 6.1 percent over 34 years, according to the Economic Policy Institute.

The picture appears just as grim when you look at pretax income, which along with people's earnings includes things like dividends, deposit interest, unemployment benefits, and payments from Social Security and other retirement plans. As of May, U.S. median income (meaning half of American households made more and half made less) was $53,385, according to Sentier Research. That was nearly 4 percent less than the $55,446 people earned in June 2009, when the recession officially ended. Backward, march!

The best-paid workers have hardly done any better. Over that same time period, people earning the equivalent of $52.80 an hour (or roughly $110,000 a year, putting them in the 95th percentile of U.S. earners) saw their compensation rise by an average of 1 percent per year, the think-tank found.

There's plenty of debate over precisely what factors have kept a lid on wages for so long -- failure to raise the minimum wage jumps to mind, along with a tax code that encourages U.S. companies to move jobs abroad and the weakening of collective bargaining. Where there's consensus is that wages must rise for the economy to start humming again. Workers, after all, are also consumers, whose spending drives growth.

And here there's reason for hope. Most notably, the job market is finally starting to percolate. Employers have have added an average of 231,000 jobs per month this year, compared with 194,000 per month in 2013. Although for seasonal reasons payroll gains are likely to be somewhat volatile over the rest of the year, most forecasters expect monthly job growth in the second half of 2014 to range from 200,000 to 250,000. That's more than enough to keep the jobless rate, currently at 6.1 percent, ticking down, while a stronger pace of job-creation should lift wages.

Other recent signals also point to an acceleration in pay. Small businesses say they're having a harder time filling jobs, which suggests firms will have to pay more to attract workers. Labor data out this week also show that more workers are quitting their job, a sign they are finding it easier to find work or are more confident of getting another position. And income, while still lagging its pre-recession peak, is at least steadily rising.

"We expect the wage numbers to show a more convincing pick-up in the year ahead," said Jim O'Sullivan, chief U.S. economist with High Frequency Economics, in a client note.

The reality, though, is that it will take more than a surge in hiring for the next year or two to raise wages longer term. What's needed are changes in public policy. Raising the minimum wage, as a number of states around the country are doing, is a start, labor advocates and even some business owners say.

Other experts see tax reform as a good way to level the financial playing field, including closing loopholes that favor hedge and private equity fund profits over ordinary income.

For now, of course, partisanship in Washington blocks the path toward higher wages. How those differences are resolved in the years ahead could decide if Americans reap the fruits of their labor or are left waiting for a pay raise that never comes.