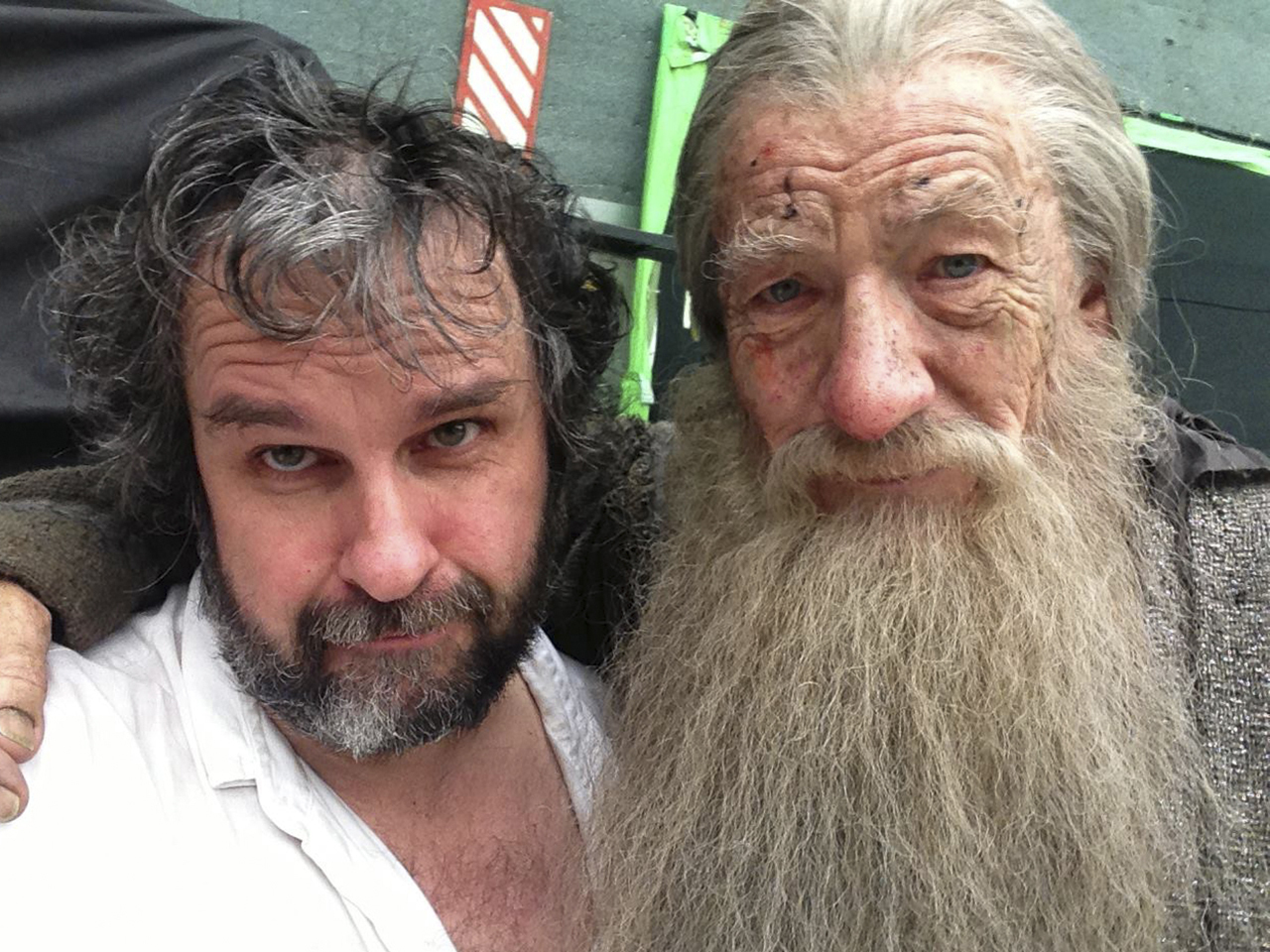 Peter Jackson has wrapped up filming on "The Hobbit" trilogy and shared pictures and updates from his last day on the set.

The New Zealand filmmaker provided a steady stream of updates and photos on his Facebook page from the set of the final film, "The Hobbit: There And Back Again," on Friday.

"This is going to be hard, posting pics without spoilers. I'll do my best!" he wrote in one post.

The director posted pictures of dwarves, crew members and actor Martin Freeman (at left), who plays the protagonist, hobbit Bilbo Baggins. The photo updates began and ended with pictures of Jackson's cat, Mr. Smudge. The final photo shows the director and feline cuddling, along with the caption: "A long day. A great day. Thank you all for being part of it! Now for some sleep!"

"The Hobbit," based on J.R.R. Tolkien's novel of the same name, is the prequel to Tolkien's "The Lord of the Rings." It follows Baggins' adventures as he tries to help a group of dwarves regain their wealth and stature from the dragon Smaug.

The first film in the trilogy, "The Hobbit: An Unexpected Journey," opened in December 2012 and surpassed $1 billion in box-office receipts worldwide. The second film, "The Hobbit: The Desolation of Smaug," will be released in December, and the finale appears in 2014.