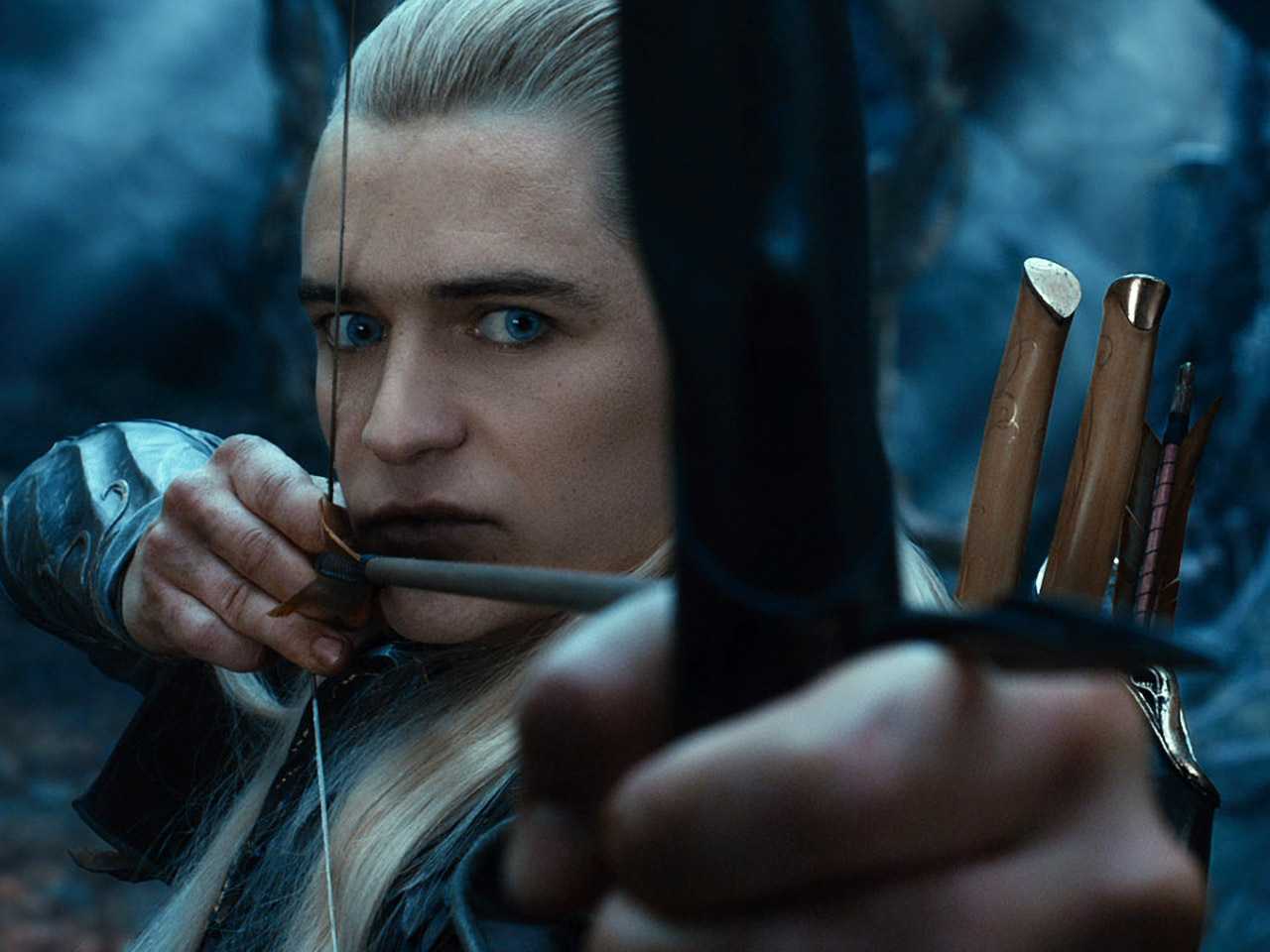 At long last, "Hobbit" fans can catch a glimpse of the mighty dragon (impressively played in motion capture by Benedict Cumberbatch), in the first trailer for "The Hobbit: The Desolation of Smaug."

The second film of the three Hobbit movies -- following last year's "An Unexpected Journey" -- begins where "Journey" left off, with the hobbit Bilbo Baggins (Martin Freeman) traveling with wizard Gandalf (Ian McKellen) and a dwarf contingent led by Thorin Oakenshield (Richard Armitage) back to the dwarf kingdom of Erebor, which was destroyed and taken by the ginormous Smaug.

The trailer is creepy crawling with large spiders, dark forests, orcs and various other dangerous beings and traps awaiting our heroes. Plus, there are lots and lots of elves and little ones. Perhaps the most exciting thing for "Lord of the Rings" fans, though, is the presence of Orlando Bloom's beautiful Legolas, who was not in the first Hobbit movie.

In addition to Bloom, look out for Evangeline Lilly as Tauriel, a new character created just for the Hobbit movies, and Luke Evans (the main villain in this summer's "Fast & Furious 6") as the human Bard the Bowman.

While you'll have to wait until Dec. 13 to see the full movie, snack on the below trailer to get your fix on Gandalf, Bilbo Baggins, and Legolas, and let us know what you think.