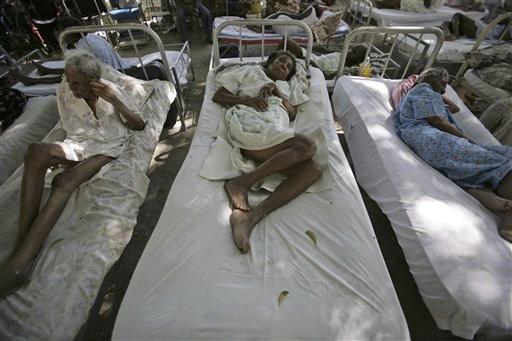 
What do Michael Moore and Dick Cheney have in common, besides jowls and scowls?

Cheney and Moore are the winners of the Against the Grain Summer of '04 Golden Hatchet Awards.

We honor Moore not just for his off-the-charts sanctimony and uber-menschian disregard for the empirical world of facts. Above all that, we recognize Moore for how he has inspired liberals and Bush-haters to embrace all the qualities they so loathe in the Rush Limbaughs, Michael Savages, Ann Coulters and Tom Delays of the world.

We praise Cheney not just for the way he has deployed his long cultivated image as the ultimate wise man and scary guy for use as party fundraiser and character assassin; and not for his own dazzling disregard of what we mere mortals and Presidential commissions call facts.

No, we honor the Vice President for his pioneering and unapologetic work advancing use of the "F word" in the public halls of high government office, a development that helps free his fellow travelers from having to continue pretending that Republicans are the party of tradition and family values.

Dick Cheney and Michael Moore, congratulations on becoming the latest poster boys for bullies, and for incivility, propaganda and lying. There is a rich culture of slime in both government and the "media," from James T. Callender, the Richmond pamphleteer who tormented Thomas Jefferson about his "concubine," on through to Joe McCarthy, Newt Gingrich and Bill Clinton (my list). The culture is getting richer, and slimier.

I have written repeatedly (and it's tiresome, I'm sure) about what I see as a growing polarization in our political culture and a coarsening that goes with it: an inability to acknowledge good motives in the other side, tolerance only for our side and a capacity to sling vitriol and hate language from all sides. I cannot help but see the antics of Cheney and Moore through that prism.

At this fleeting moment, Moore and Cheney are the heroes of their camps. Truth be told, my complaints are more with the followers than the heroes. Especially Moore's.

The New Republic's Richard Just, in an essay reprinted here on CBSNews.com noted, "There seems to be a growing sentiment among liberals that Moore is a bad guy, but dammit, he's our bad guy. I disagree. Liberalism is as badly served by liberal intellectual dishonesty as it is by conservative intellectual dishonesty." I agree.

I am sympathetic with parts of Michael Moore's schtick, too. As much as I hate the black-and-white zealotry, I love that a political polemic can sweep the summer box office. I admire how he focused debate back on who fights our wars and I like it when he's funny.

The Vice President of the United States was moved to tell Pat Leahy to "f - - k" himself on the Senate floor by the Senator's Moore-esque pursuit of Halliburton conspiracies. (Imagine if Cheney had bumped into Moore!) If anything was needed to cement Cheney's iconic status, this was it. Spiro Agnew would so be proud.

Actually, I'm somewhat sympathetic to Cheney. He lost his temper, big deal. But he should have apologized; silly, naïve parents and teachers sometimes hope leaders of the free world might be role models.

And while I believe that Cheney constructed a case for war that was misguided and misleading (and he's sticking to it), I don't believe he did it to enrich himself, his old company, to settle an old score or to win reelection. I don't believe his motives were sinister. I think they may well have been fine.

But I am not sympathetic to Cheney's current insistence that Iraq had full arsenals of WMDs and that Saddam's regime had a working relationship with al Qaeda that probably aided the plotting of 9/11. It gives his followers an excuse to believe a false history just like Bill Clinton's admirers did, to the disbelief of conservatives.

I am not sympathetic to Cheney's self-portrait of himself as the last serious man in Washington, working tirelessly behind the scenes to save the country, too busy to take reporters' questions, truly tireless in both fundraising and bashing John Kerry's national security credentials. I am not sympathetic to a man who paints himself as a War Vice President but comports himself like a partisan hatchet man who tells opponents to "f - - k" off.

So despite my emphatic writing (which has fairly been called uncivil at times), my verdicts on both Moore and Cheney are split. I give them Golden Hatchets because I do think they are preying on a weakness in political culture: polarization and coarsening.

The Moore and Cheney teams - two camps armed by their own news sources and worldviews - have little or no common ground, but share a lack of respect for the other side, and little hesitation in telling the other to "f" off.

I am made uncomfortable by people who buy either Michael Moore or Dick Cheney hook, line and sinker. If you believe the pollsters and my inbox, there are many of them.