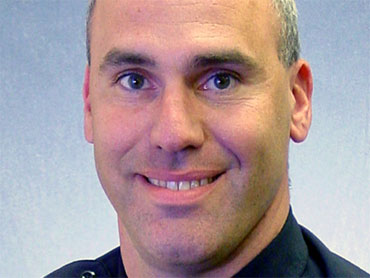 With fewer than 100 days to the presidential election, you can bet political satirist and radio talk show host Al Franken has an abundance of material to work with.

On Friday's Early Show, he talked to co-anchor Harry Smith about the Democratic and Republican conventions, anti-Kerry ads from a veterans' group, and the paperback release of his book "Lies and the Lying Liars who Tell Them."

Franken is just back from covering the Democratic convention in Boston, and said he is very pleased by the way it went, praising the speaches of former President Bill Clinton, Illinois State Sen. Barack Obama, and presidential candidate John Kerry.

"I thought it built beautifully," Franken said. "I thought Kerry gave a great speech. It talked about national unity. This president, the president we have now, ran as a uniter, not a divider. After Sept. 11, he had this amazing opportunity, because the country's behind him, the world was behind us, and he had a chance to lead the world in to a new American century and in a spirit of mutual purpose and sacrifice and he blew it."

Franken says the deep division in this country was one of the reasons the Democrats didn't get a bounce out of the convention.

He says, "This is about as divided a country as we've had. I hold that against the president. And also, people have decided, sooner than they normally have. I think that's part of it. Also, if you look at the internals of the polls, things like leadership, all those - Kerry did incredibly well in those. In the last few days, he's gotten a bump."

Because it seems Democrats and Republicans are set on whom they plan to vote for, Franken says, it's possible only a few voters will determine who is elected president of the United States.

"There's like 14 swing states, or however many there are," Franken says. "I hope it doesn't come down to a Florida again."

Franken plans to be at the Republican Convention as well later this month in New York.

The radio host is working hard to help defeat President George W. Bush in the next election and is particulary upset at the ad, which has veterans disputing Sen. Kerry's war record.

"These veterans come out with this ad, which is dishonest and misleading. I mean you don't have to hear that from me. You can hear it from John McCain," Franken said. "It is deliberately misleading and it is scandalous. The president has refused to condemn it. And that shows you this is what they do. When they went after John McCain in South Carolina, John Kerry went down to South Carolina to defend John."

Today, Franken spends most of his time either on the radio or preparing for it.

His antics, however, don't leave everyone laughing. But the only criticism that really rankles Al Franken is the claim that he and other liberals hate America.

He has been on four USO tours to entertain American soldiers, including a trip last year to Iraq.

It is when he talks about that trip that it is clear that Franken's political humor on radio is not just an act.

"I get angry on the show, and I get angry at this Ppesident for putting us into this war without thinking it through," Franken told Sunday Morning earlier this year.

"And these kids are my kid's age. For me not to be furious, to not be furious with [Donald] Rumsfeld and [Paul] Wolfowitz and [Dick] Cheney and Bush, I wouldn't be human. Whether you are for or against this war, they blew it. And they have blood on their hands because of it. And I say that on the air when I'm angry. And I'm sorry, but someone has to say it."

Franken has had success with his daily, three-hour radio program "The Al Franken Show" on the new network, Air America.

The Sundance Channel on basic cable will soon broadcast one hour of the show on TV every day.

Air America had financial troubles not long after its launch earlier this year, but according to Franken, now has its house in order. It has, in fact, picked up stations in recent weeks.

Franken says his show is doing especially well in New York City and Portland, Ore., where he regularly beats his nemesis, radio host Bill O'Reilly, and is giving Rush Limbaugh a run for his money.

Franken's audience is only a fraction of the nearly 12 million weekly listeners drawn by his conservative counterpart Sean Hannity. But Franken's willingness to take on the battle has made him a hero to Democrats.

But to many on the other end of the political spectrum, Franken is a menace who has taken name-calling to a new level -- referring to conservative writer Ann Coulter as a "nutcase" and Rush Limbaugh as a "big fat idiot."

Franken gained his newfound notoriety last May at an unlikely forum, which was aired on the cable channel C-Span2.

"Actually God asked me to write this book, because he was so pissed off at Bush who claimed, whose friends claimed, he had been chosen by God. And God said, 'No, he hadn't. He was just chosen by Clarence Thomas,'" said Franken at a book convention, where he was promoting his book "Lies and the Lying Liars who Tell Them."

"So Bill, I'm sorry that I call you one of the many people who do lie in my book," he said to Fox News' conservative commentator Bill O'Reilly, who was also present.

A heated exchange with O'Reilly, who was also hawking a book, turned the usually sedate event into a shouting match.

O'Reilly responded by saying, "You're supposed to be here 15 minutes, this idiot goes 35, OK? All he's got in six and a half years is that I misspoke, that I labeled a Polk award a Peabody."

Soon the two were talking over each other.

And then came the lawsuit.

But, Franken got the last laugh. The judge threw out the case and Franken got a windfall of free publicity.

Two years out of college, Franken and his high school friend Tom Davis were hired by NBC to write for a new late night comedy show that became "Saturday Night Live."