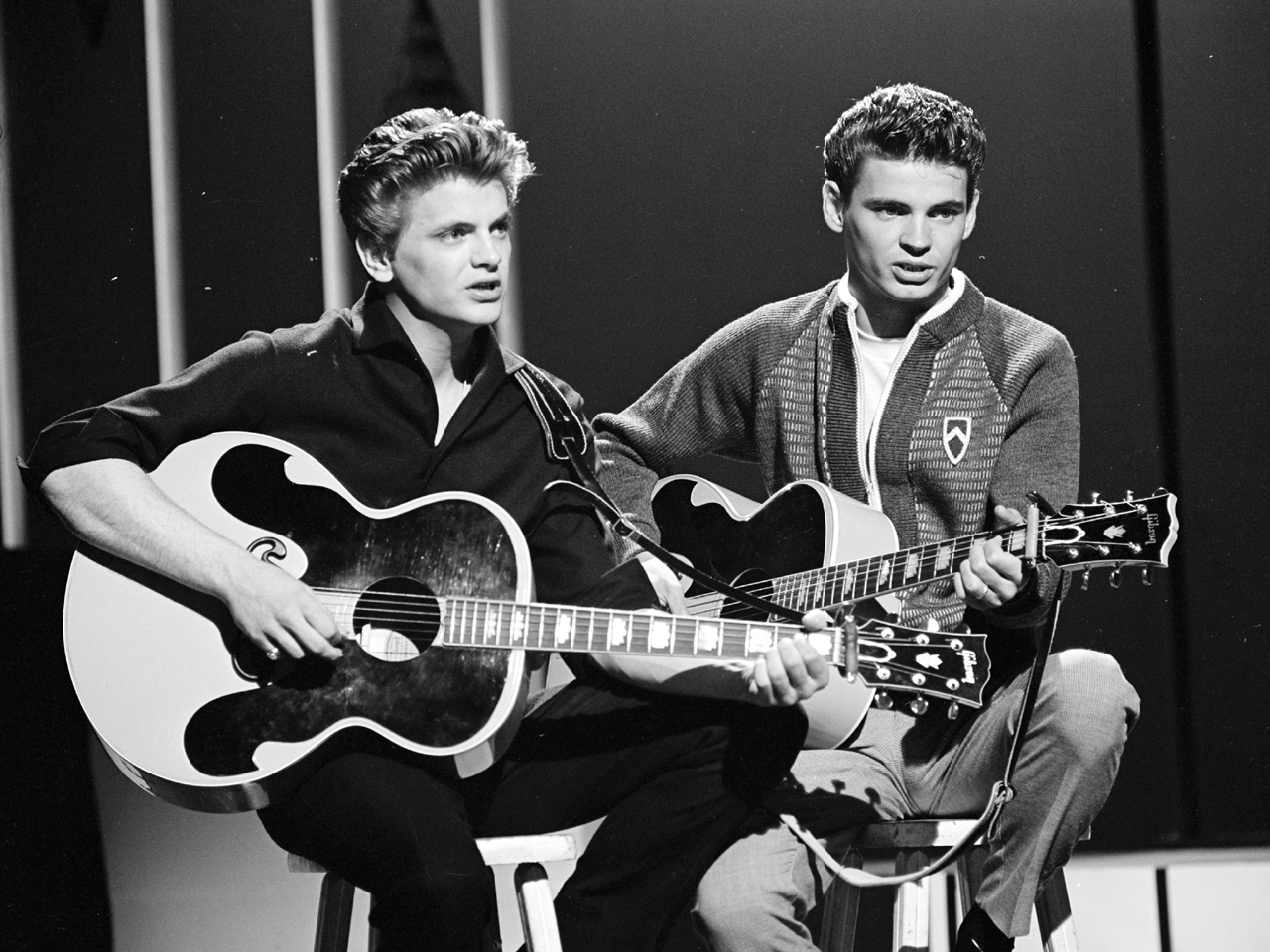 It happened this week, the passing of Phil Everly from pulmonary disease at age 74. As the younger half of The Everly Brothers, he helped create rock and roll as we know it. The brothers' youthful harmonies charmed the generation that came of age in the 1950s, and inspired many of the rock music greats that followed. An appreciation now from VH1's Bill Flanagan:

Phil Everly, the fair-haired Everly Brother, died on Friday. His brother Don survives him, but this marks the end of the Everly Brothers, one of the most important acts in the history of rock and roll.

Country music was part of rock from the time Elvis walked into Sun Studios, but the Everlys introduced the high lonesome harmony sound of traditional greats like the Louvin Brothers.

But that is not even their most important legacy.

In the '50s, among the many teenagers who practiced being Everly Brothers in their bedrooms were two friends in Queens named Simon and Garfunkel, and two kids from Liverpool named Lennon and McCartney.  Dick Clark initially dismissed the Beatles as "Everly Brothers imitators."

Paul McCartney said a few years ago that anytime he started to lose patience with an over-bearing fan, he thinks back to how tongue-tied he and Lennon were when they came face-to-face with the Everlys for the first time.

The Everly Brothers were the Beatles' Beatles.

When two singers from rock or country duet, they usually start with an Everly Brothers song.  In recent years we have seen it with Robert Plant and Alison Krauss, Vince Gill and Sting, Carole King and James Taylor.

You can argue about whether the Everlys' DNA is the most important part of rock and roll, but it is surely the sweetest,