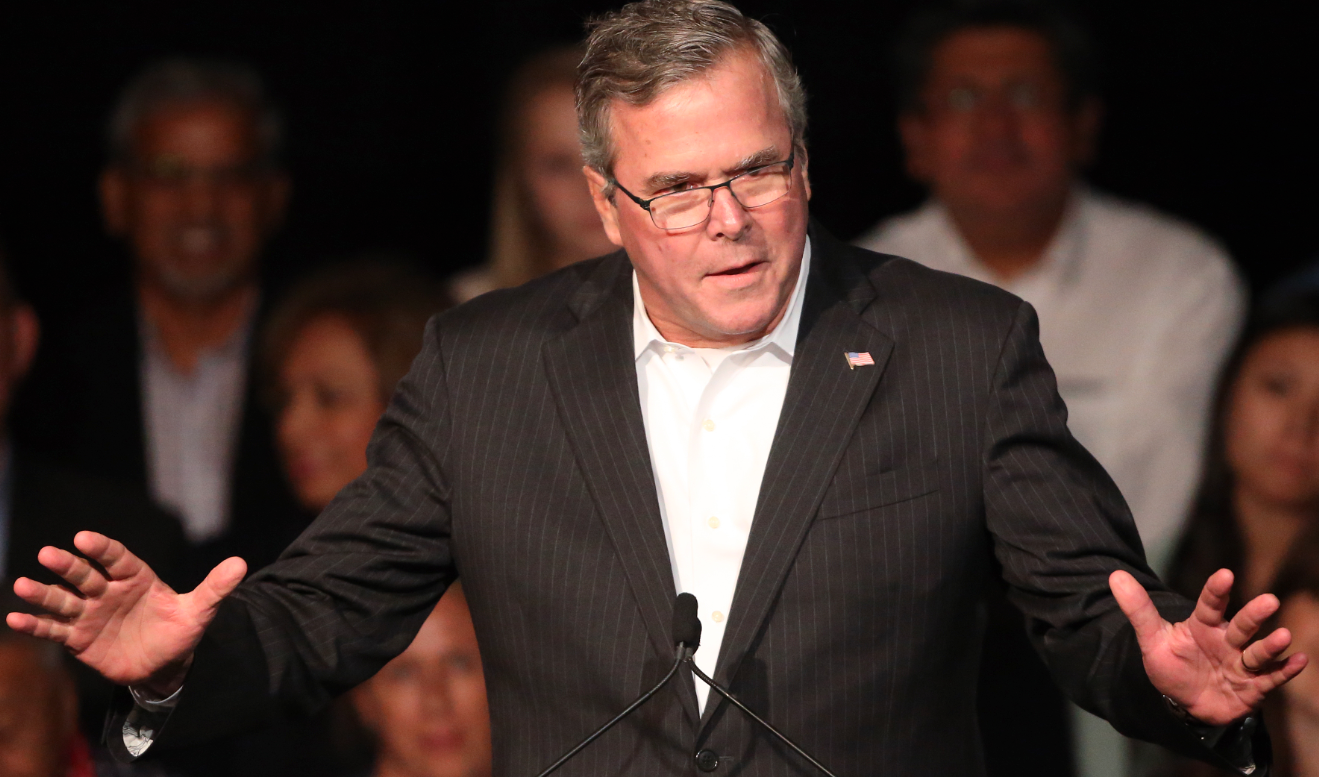 With the 2014 midterms now nearly a bygone memory, the spotlight is starting to turn to the possible presidential candidates in 2016. On Thursday, Jeb Bush, the former Florida governor and latest potential presidential candidate in the Bush family dynasty, takes the stage in Washington at a conference for the education reform group he founded.

Bush is expected to decide whether he will run by the end of the year. And if he does, he can probably be expected to defend some policies that are unpopular with the Republican base -- such as the Common Core State Standards.

Though Bush isn't likely to talk presidential politics at the event, Common Core has become an increasingly political issue, as lawmakers on the state and national levels object to what they see as a federal intrusion into local education policy. The math and literacy standards lay out benchmarks for what students should know after completing each grade, but they do not dictate the curriculum. They were developed by the states and are backed by President Obama and Education Secretary Arne Duncan. The federal government is also giving $360 million to the group of states writing the new tests based on the standards.

Gallup polling shows that the more parents learn about Common Core, the less likely they are to support the standards. And public school parents who identify as Republican are more likely to dislike Common Core, with 58 percent of parents holding a negative view in a September 2014 poll, a 16 percentage-point increase since April 2014.

"I think it's going to be a very important issue in 2016 and I think its going to cause Jeb Bush a lot of problems on his right flank," Diane Ravitch, an education historian and New York University professor told CBS News.

Many of the Republican politicians who are considering a 2016 run for the presidency have been distancing themselves from Common Core. The most notable example of this is Louisiana's Republican Gov. Bobby Jindal, who was an early supporter of the standards. Jindal has since done an about-face, issuing an executive order to withdraw Louisiana from the group of states that were crafting the new standardized tests based on the standards. When he was rebuffed by his own state superintendent of education and a state judge, he turned his focus instead to suing the federal government for violating the Tenth Amendment.

Republican Sens. Ted Cruz of Texas and Rand Paul of Kentucky both signed onto a letter written by Sen. Chuck Grassley, R-Iowa, asking Senate appropriators to block any Education Department funding that would be used to promote the standards. Texas Gov. Rick Perry is in complete agreement with his state lawmakers, who prohibited the state education board from adopting Common Core. Wisconsin Gov. Scott Walker has called on his state's legislature to repeal the standards, and both Sen. Marco Rubio, R-Florida and former Pennsylvania Sen. Rick Santorum are longtime opponents of the standards.

There are only a handful of Republicans who share Bush's enthusiasm for Common Core -- among them is New Jersey Gov. Chris Christie. New Jersey's Board of Education adopted the standards in 2010, and Christie has consistently defended his state's decision.

"We are doing Common Core in New Jersey and we're going to continue. And this is one of those areas where I have agreed more with the President than not. And with Secretary Duncan," Christie said at 2013 conference for KIPP Public Charter Schools. And he hasn't been shy about criticizing others in his party for opposing the standard. "I think part of the Republican opposition you see in some corners in Congress is a reaction, that knee-jerk reaction that is happening in Washington right now, that if the president likes something the Republicans in Congress don't. If the Republicans in Congress like something, the president doesn't."

Ohio Gov. John Kasich, who's said to be eyeing a 2016 run, is another staunch supporter of Common Core. At the Republican Governors Association conference Wednesday, he referred to Common Core as "common sense."

There are early warning signs for Democrats, too, however, even though opposition is not yet that pronounced. So far, public school parents who identify as Democrats are more open to Common Core than Republican parents: the percentage of those who viewed the standards positively rose from 45 percent in April to 48 percent in September, according to Gallup polling, while the total negative views held steady at 23 percent. But discontent is growing among teachers and teachers unions, such as the American Federation of Teachers - which makes the vast majority of its political contributions to Democrats.

"It's a very hot political issue," Ravitch said. "Arne Duncan who has pushed it very hard tries to portray its opponents as being tea party, but it's not true. The opposition is strong among people on the left."

New York Gov. Andrew Cuomo, one of the more high-profile Democrats who is talked about as a potential 2016 candidate, is an example of a Democrat who felt the need to walk back his support for the standards. Although he has been a strong advocate of the standards, he had to back away when his Republican opponent, Rob Astorino, tried to pin him to the rocky rollout.

In Maryland, outgoing Gov. Martin O'Malley, another presidential aspirant, had embraced the standards, and Maryland was one of the first states to adopt them. But this year the legislature began sending him bills to delay and improve their implementation in Maryland schools.

The Democrat who casts the longest shadow over 2016, former Secretary of State Hillary Clinton, does not appear to have weighed in on Common Core yet. But if she decides to run for office, the way she tackles the issue could be a litmus test for how hard Democrats will fight to keep pushing states to adopt the standards.